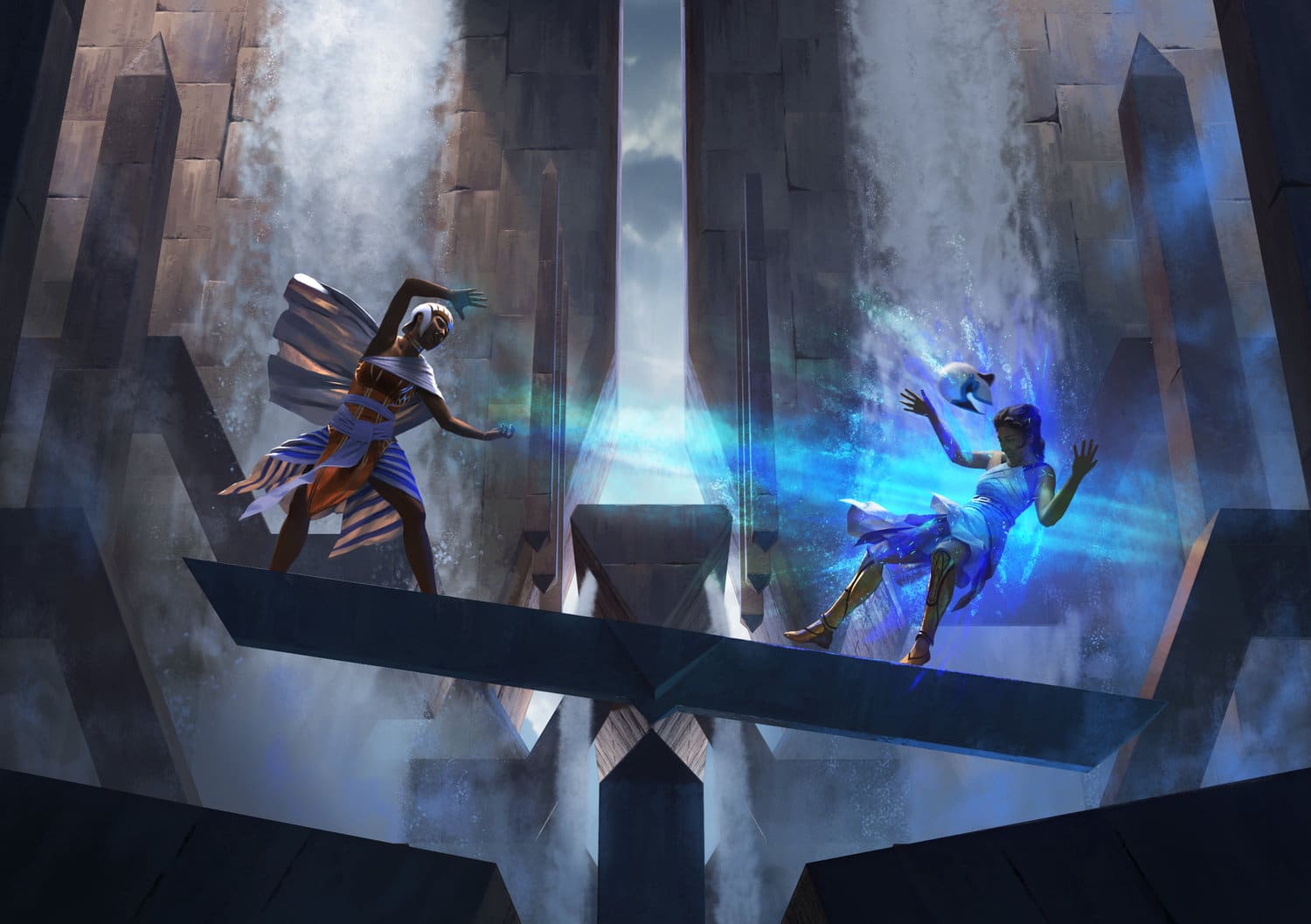 It’s no secret that Commander has been gaining popularity recently. For players who have been around since the Khans of Tarkir days, this can make for many ‘back in my day’ stories when that $40 Cyclonic Rift was less than a dollar. The point is that the format is a significant driver in secondary market prices, and that couldn’t be more true for Counterbalance. This strange but incredibly powerful cEDH staple has gained a lot of financial value over time but finally saw its rate of accumulation increase this past week. This has a competitive history as well, so let’s discuss it.

Initially releasing as an uncommon in Coldsnap, Counterbalance only has two printings throughout MTG history. The other reprint is a premium one found in the Amonkhet Masterpiece Series, so, while it’s technically a reprint, it won’t affect the overall supply of Counterbalance all that much.

As mentioned previously, while Counterbalance has been acquiring a lot of secondary market value over the years, slowly increasing in price since October 2020. Counterbalance did see a significant spike during Ikoria from $9 to $40 temporarily. The price point found after the spike at about $15 was what set the nadir to the gradual, incremental increase over the years after.

Currently, copies of Counterbalance are selling between $25 and $30 on TCGplayer. This is a bit below the average price that other sites have Counterbalance at ($35). Counterbalance tended to stay between $15-$17 until the release of Streets of New Capenna, where it started gaining value. The card has gained about $5 in value this week alone, skyrocketing it up financial headlines like this one. Note that Counterbalance could easily be reprinted this year, which could lead to the card dropping back in price because of a lack of its current scarcity.

What Does it Do?

Counterbalance’s ability is quite simple. Whenever your opponent tries to cast a spell, you can reveal the top card of your library. If the mana value of that card is the same as the card being cast, the cast card is countered. This can be pretty oppressive at a table playing multiple cards with the same mana value. If, for example, you counter a card with mana value one early in a turn cycle, that means that every one mana card your opponents play is countered until you get that card off the top of your deck.

While we talked about Counterbalance in cEDH, the card also has a presence in one of Legacy’s most popular archetypes. Counterbalance is not an auto-include in the Legacy Delver archetype, but various lists have repetitive success with one-two Counterbalance included in the main deck. Like cEDH, many of the cards in Legacy have a pretty low mana value. Brainstorm is also very popular in the format, which allows for top deck manipulation. There are some standout cards. However, that Legacy players have to expect when using Counterbalance. Having a five-mana card on top of your deck, for example, is very valuable when checking a card like Force of Will. This free counterspell defines the entire Legacy format. Seasoned Dungeoneer is another new popular card in the format with a mana value of four.

Either way, Counterbalance is commonly seen in Delver lists as a one or two of, but it is not considered core to the archetype. Both this and its demand in Commander have Counterbalance more popular now than it has been in years.