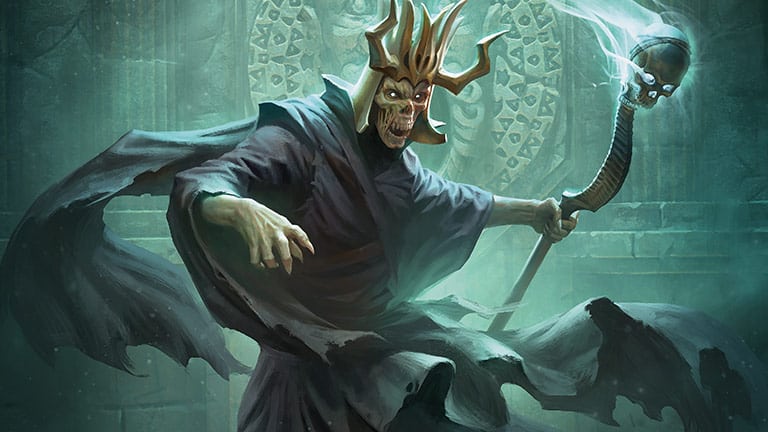 Looks like 2023 has been a good year for MTG Finance so far. Many interesting trends have been occurring in the marketplace, including major Commander cards. These cards see a lot of cEDH play, particularly the most potent competitive version of MTG’s favorite format. While these may pop up in your Rule Zero conversations more often than not, these price increases suggest that more and more players are playing the cards regardless. Alongside these are cards seeing increased play in competitive paper formats that indicate the rise of some new brews we’ve seen in recent weeks. Here are some of the trending cards of the week!

Every time one of these new decks pops up, they tend to win a major tournament. For example, the last 400+ player Modern qualifier on MTGO was taken down by the new Baral Storm combo archetype. The overflow of new Underworld Breach strategies has some players convinced that this may be next on Modern’s ban list.

An MTG personality recently drew attention to this card when they called for its ban in Commander. This caused serious discussion over Drannith Magistrate’s legality with the Commander Rules Committee, drawing much attention to the card. Drannith Magistrate is an incredibly powerful Stax piece within the format that many believe goes against the Commander’s tradition. While it presents a one-sided way to shut down certain strategies, Drannith Magistrate also prevents your opponents from casting their Commanders at no cost to you. The flavor of the format is being able to recast your Commander in the first place, causing this debacle.

Acererak, the Archlich, isn’t really a Commander staple, but it is seeing an uptick in price. This is mainly due to a new Modern combo that MTG streamer Aspiring Spike discovered. This three-card combo involving Heartless Summoning and Relic of Legends allows you to cast Acererak infinitely by reducing its mana cost to one and tapping it for mana with the Relic once it enters play. Since Acererak bounces itself unless the Tome of Annihilation is completed, you can infinitely venture into other dungeons. The Lost Mine of Phendelver has a room that drains your opponents for one life, allowing you to drain the table after casting Acererak many times.

Unfortunately, this combo takes quite a long time to play out online, so it’s only really viable in paper. Acererak also has some combo synergies with the new Gwenna, Eyes of Gaea card from The Brothers’ War. These have not picked up a lot of steam in competitive play.

Since the release of Gwenna in The Brothers’ War, Acererak has been on a consistent uptick. While the card has increased in price from about $3.50 to about $5.50 over the past few months, the recent Heartless Summoning combo created a massive spike, causing a bizarre case of some copies of the card selling for as much as $20. The range of successful sales is huge here, with some copies of the card still selling for around $8.

This spike is likely, as a result, either an incredibly fresh one or being artificially inflated for speculation purposes. Therefore, there may be an opportunity for interested parties that can find this card for under $10. Do note, however, that if this price is being artificially inflated, it may crash again in the near future. For the time being, this card is seeing fringe play, so there are no significant ban discussions about it.

Our last card for today has been seeing a substantial amount of Standard, Modern, and Commander play. Cityscape Leveler also sees some sideboard play in Pioneer, but the card is mainly being picked up as an option in Ramp decks that counterspells have trouble dealing with. This pops up as Izzet Artifact Ramp in Standard and UrzaTron in Modern.

As a result of increased play across the board, Cityscape Leveler has seen its price increase from a low point of $4 at the beginning of November to currently selling for anywhere between $8-$10! This card doesn’t look like it’s going to stop spiking anytime soon, and with a Standard Regional Championship series coming starting at the end of February, some Standard all-star cards may soon see a massive increase in demand.

Since Standard cards have had virtually no demand from the competitive community since the start of the pandemic, this creates a much larger price change than expected. That said, it may just be a sudden spike if interest in paper Standard wanes after the Regional Championship series ends for season two. While Cityscale Leveler is seeing an uptick in play across formats, it is not dominating any of them. Therefore, the card is not currently seeing any serious ban discussion.

Read More: MTG’s Most Infamous Card Sells for $7600! What Does it Mean?