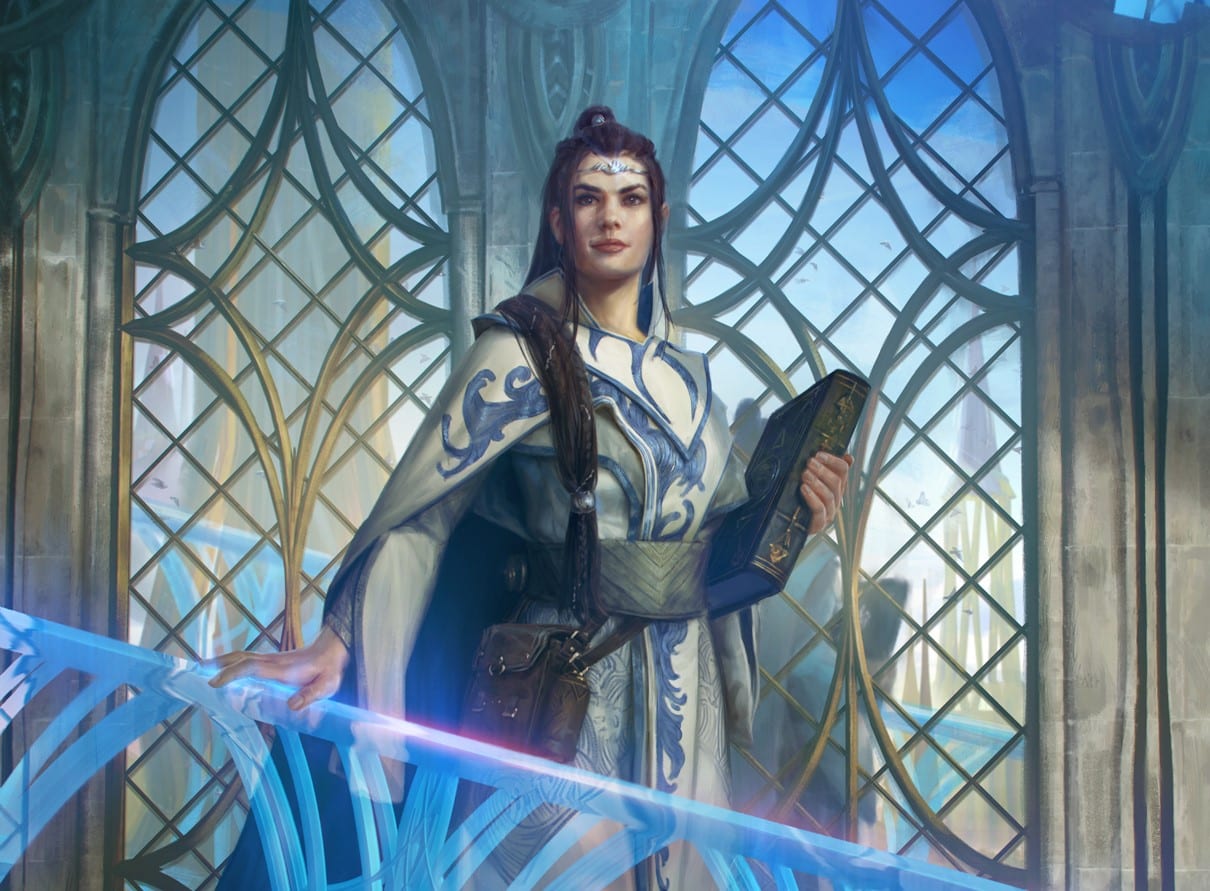 MTG Fans Afraid of Potential Disaster Caused by These Spoilers

Magic 30 has opened the floodgates for the Brothers’ War spoiler season. Over the course of just a few days, the community has been entirely overtaken by spoiler discussion. A few cards, in particular, have some MTG fans scared that formats will be destroyed as a result. The list is longer than expected, but it’s creating some healthy discussion and an incredible amount of brewing. Here are the MTG spoilers from The Brothers’ War that have some MTG fans scared…

The competitive MTG community seemed to do a unified spit take when this card was previewed. Up to this point, Diabolic Intent was not legal in Standard, Pioneer, or Modern, and this card’s potential is so powerful that players think it will impact all of these formats. Modern has a few competing cards that do things close to this. Still, nothing in Standard or Pioneer that does something similar to Diabolic Intent is even remotely as powerful as it.

Because the Regional Championships are right around the corner, most MTG players were quick to think about where this may play a role in Pioneer. The following is a brief summary of what most players seem to be initially worried about Diabolic Intent breaking:

Greasefang, Okiba Boss has been the headliner for one of Pioneer’s most popular decks. This deck aims to assemble the two-card combo of Greasefang, Okiba Boss in play, and Parhelion II in the graveyard. Past that point, Greasefang can reanimate Parhelion II and attack, creating an absurd amount of pressure. Diabolic Intent combos well with the Abzan shell of the deck, which uses creatures like Stitcher’s Supplier to try and mill a Parhelion II in the first few turns. While Eldritch Evolution was a card used in this deck that arguably is stronger than Intent, Diabolic Intent allows for more flexibility in exchange for demanding a stricter opening curve.

When referencing Rakdos Sacrifice, players are most worried about what this card could potentially do. Kari Zev’s Expertise allows you to steal a creature and sacrifice all in one smooth motion. Sure, you don’t get to attack with it. Still, a card that basically reads “as an additional cost, discard a card. Sacrifice target creature an opponent controls. Search your library for a card and put it into your hand” is an incredibly powerful one. This can be done as early as turn three and set up a silver bullet that blows your opponent out of the water on the next turn.

Previewed by Gavin Verhey, the card’s creator on Good Morning Magic, Rootpath Purifier has some card text that would scare any experienced MTG player. Less experienced ones may not be sure what this does yet, but any player that has grappled with Blood Moon, in particular, is worried about this card’s implications.

Unlike Diabolic Intent, Rootpath Purifier is only Commander legal and, while it is capable of some terrifying things, it will not be locking you out of a game like Blood Moon does… in most circumstances.

Rootpath Purifier turns all your lands into basic ones. This means that cards like Evolving Wilds can suddenly search for every land in your deck. Rampant Growth can now find your Field of the Dead, and, as mentioned by Verhey himself, Explosive Vegetation can emulate Legacy Lands and turbo out a Merit Lage token

Rootpath Purifier starts to get scarier with cards like Back to Basics. Most Commander decks support a lot of colors, which means that a lot of their lands aren’t going to be basic. Rootpath Purifier completely turns off the disadvantageous mode offered by this card, effectively locking your opponents out while leaving you untouched. Other dangerous play patterns like finding Valakut, Molten Pinnacle with a bunch of Mountains, and Vesuva effects can easily propel this card to heights of infamy in the Commander format.

This MTG card only has Standard players nervous, but for a good reason. Clay Champion cares about the type of mana you invest in it, but the returns are enormous. For two green mana, Clay champion gets three +1/+1 counters. For two white mana, Clay Champion puts a +1/+1 counter on up to two other creatures. This can either create a four-creature anthem, an 8/8 body, or a combination of effects! The icing on the cake is the option to pay an additional X into this creature. Should you flood heavily in an aggressive deck, this card can serve as a place to invest your mana!

This last mention is a bit of a strange one. Hurkyl’s normal and full-art versions will actually be sporting different rarities between packs. As shown above, the normal Hurkyl will be a Rare, while the full-art version will be a Mythic Rare.

As mentioned above, Wizards of the Coast recently addressed this in an announcement. While they did not give a reason for this difference, they did state that this is intended and that no other cards in Brothers’ War should experience a rarity split like this.

As can be drawn from the comments above, players are not buying that this was an intended feature in The Brothers’ War. The overwhelming responses to this article stated that the lack of reasoning given to players is not good enough. Most players want an additional explanation for why this decision has been made. Other players are afraid that this technique will be used in future sets to make full-art Mythic Rare cards even rarer than usual by adding some Rare cards from the original set into that slot.

There are More Powerful Reprints to See!

While these cards are amongst the ones putting players on high alert, there are some other powerful cards to see. As long as the Prototype mechanic, in particular, has its corner cases obscured from the public, players aren’t entirely sure how Brothers’ War is going to affect the metagame. One thing you may be certain of, however, is that Diabolic Intent is going to have some competitive MTG players shaking in their boots, at least until, like Liliana of the Veil, they all realize that the card is less powerful than initially expected.