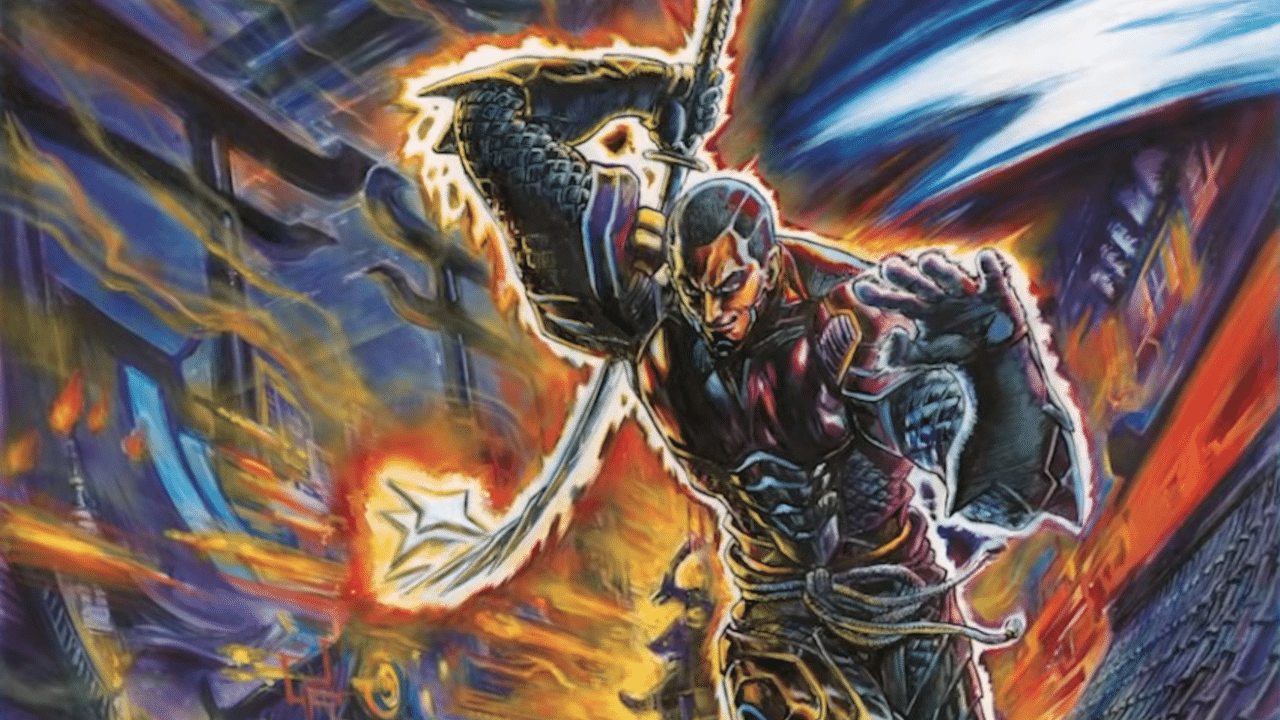 Over the weekend, 230 players battled it out for $450,000 and a championship title in the Neon Dynasty Championships. The event was a split format event, between Alchemy and Historic, and man was it awesome. There were some incredible moments in the games, and some cards and decks stood out from the rest.

READ MORE: How Much Fun is Too Fun?

There were a few cards that were huge stand out cards from the event. Primarily, these cards showed up in Alchemy and they’re all Standard Legal cards, so they do have some application outside of Arena.

Fable of the Mirror Breaker

The first card that came to play was Fable of the Mirror-Breaker / Reflection of Kiki-Jiki. In Alchemy, the big bad deck that people were expecting to see was Naya Runes, and it felt like a majority of the field brought a deck to beat it. One of the archetypes was the BRx Midrange decks.

Three different variations showed up, straight Rakdos, Mardu and Grixis. Most of these deck lists showcased the Mirror Breaker himself, and were able to pull off some ridiculous turns. The card wasn’t used as a combo piece, rather as an insane value engine

Key targets for this were cards like Town-Razer Tyrant, Citystalker Conneoisseur, and Graveyard Trespasser. Goldspan Dragon even saw some copy action as well!

Next up, March of Otherworldly Light showed us that this card is a premier removal spell, and is here to stay. This card felt a lot like Prismatic Ending, but was an all-star across the weekend.

The last card that really stood out was The Wandering Emperor. White was a very popular color and nearly all of the decks playing white were playing some number of this powerful planeswalker.

Almost no matter who played it or when it was played, this card often times flipped the game on its head. Advantages would swing from player to player as this card was cast. It’s incredibly well rounded, well designed, and very strong.

Obviously, the latter 2 cards are going to be big across multiple formats outside of Alchemy, but I think that Fable of the Mirror Breaker really has a shot at being a powerhouse in Standard. Despite not having the powerful Alchemy only cards as targets, it’s still an incredible value engine that I think has some serious legs.

While there were some great cards that stood out amongst the crowd, there were also some decks that made a HUGE splash as well.

The first deck that surprised many was Orzhov Venture. We have Eli Kassis’s Championship Winning list here, and boy is it a doozey. With the rebalancing of many of the Venture cards from Forgotten Realms, the deck has gotten some new legs.

Next up on the list is a deck that comes from Jim Davis, who had an unprecedented run through the swiss, going completely undefeated in matches.

Jim brought one of the BRx variants with Grixis Midranges. It’s playing a very sweet package of creatures, and Kaito Shizuki as a card draw engine. It also boasts a wide array of removal spells to deal with many of the problematic creatures in the format, while grinding out value with Kiki-Jiki, or smashing in with Town-Razer Tyrant.

The last deck we’ll look at today is from Historic! The Historic format was filled with Izzet Phoenix, some Golgari Food, and the usual suspects. But this deck was only piloted by 2 players, and this list comes to us from Jean-Emmanuel Depraz.

What we have here is Azorius Affinity. This deck looks to take advantage of some powerful Modern Horizons 2 cards in Esper Sentinel, Thought Monitor, and most importantly Nettlecyst to overwhelm their opponents.

This deck also has the advantage of being able to play main deck artifact based graveyard hate to deal with Izzet Phoenix, Golgari Food, and Rakdos Arcanist.

Each of these three decks are fantastic and totally worth trying out on the ladder or at your next online event. If you missed any of the games from the weekend, I’d highly recommend going back and watching them, especially the Top 8.