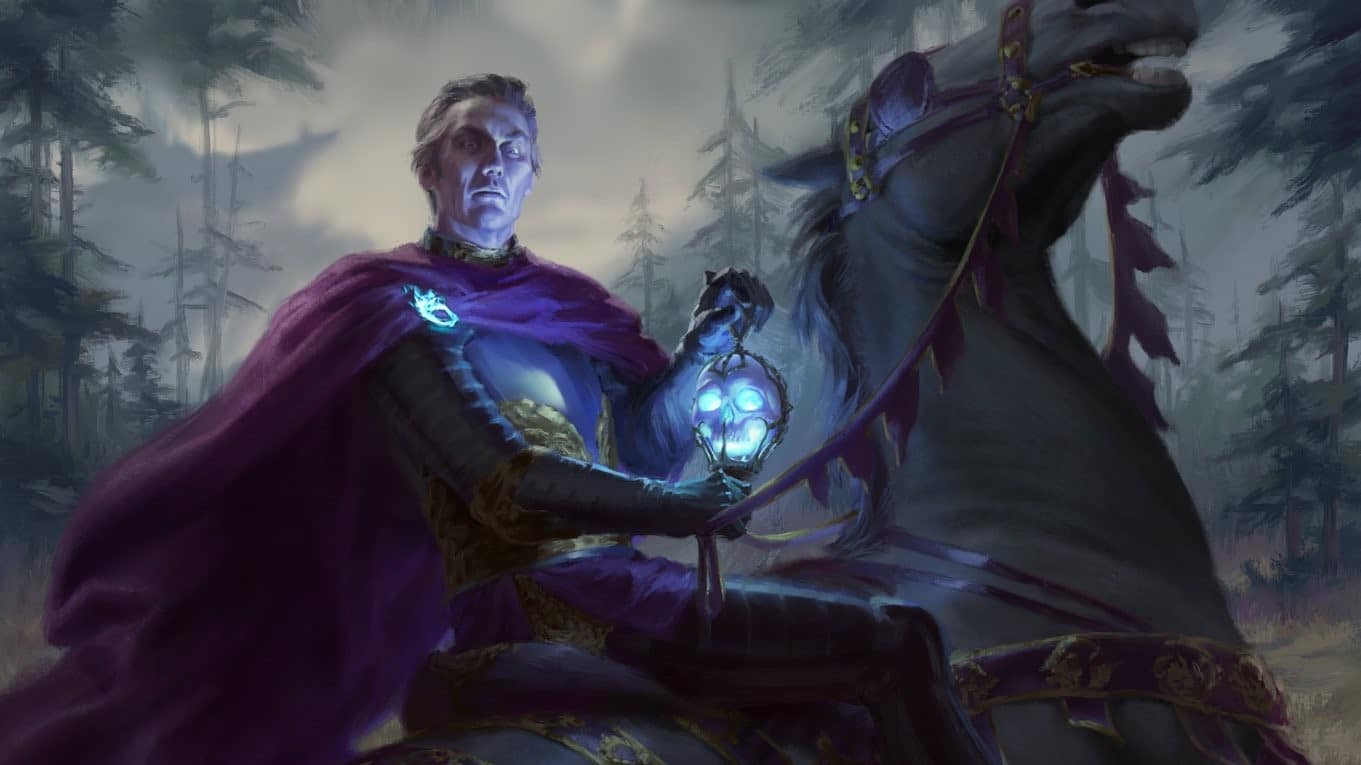 On our journey to keep things interesting for your newer Commander players, we’ve now come to the point where we’ve decided to take a look at mono-black. Now, black is actually incredibly strong in the format, but you’ll often need to splash out to show that off.

We’re aiming not to break your bank balance with these articles though, so we’ve chosen a commander who’s fairly cheap, and also not a particularly expensive deck to build. Better yet, it allows you to kill off your opponents without ever attacking, which is all anyone can ask. So, let’s talk about Syr Konrad, the Grim.

It’s also worth noting that the enemies don’t just don’t damage or lose life either, it’s actually Syr Konrad that deals the damage, and that allows us to take advantage of things that aren’t always available with these strategies. However, we’ll get to that later on. In the meantime, let’s talk about the best cards to start everyone milling in black.

Mill is primarily a blue ability, but that doesn’t mean we can’t get a few good engines out there in black anyway, mostly thanks to artifacts. Ghoulcaller’s Bell can be tapped to have every player mill the top card of their library, which is a good start. There’s also Trepanation Blade, an equipment that has players mill until they reveal a land card each time the equipped creature attacks them.

Still on Artifacts we’ve got two altars of huge importance. Altar of the Brood is a one-mana artifact that makes each opponent mill one card whenever another permanent enters the battlefield under your control. Then you’ve got Altar of Dementia, which allows you to sacrifice a creature to have a single player mill cards equal to its power.

Moving into actual black cards now, we’ve got Grisly Spectacle, an instant that destroys a nonartifact creature, and then has its controller mill cards equal to its power. Balustrade Spy is a creature that has a player mill until they reveal a card as it enters the battlefield, which is great if you decide to go with a resurrection subtheme. Then there’s Undercity Informer allows you to pay one mana and sacrifice a creature for the same effect, which can be back-breaking. Finally, we’ve got Dread Summons, which has each p[layer mills cards nearly equal to the mana you put into it, and it lets you create lots of Zombie tokens.

Now we’re moving onto ways you can deal a little bit more damage, which is always nice when you’re aiming to be chipping away at your opponents anyway. Dreadhound is one of the best in this category because it’s a six-mana 6/6 that not only has you milling three cards as it enters the battlefield, but also makes it so that, “whenever a creature dies or a creature card is put into a graveyard from a library, each opponent loses 1 life.” which very comfortably doubles a lot of your damage.

Dread Presence is a good shout in any mono-black deck because it allows you to draw extra cards or deal two damage to any target and then two life whenever a Swamp enters the battlefield under your control. It’s only natural that you’ll be aiming to play a lot of Swamps, so this should be an easy one to take advantage of.

Now we’re moving onto support cards. Forever Young, Gravepurge, and Footbottom Feast all allow you to put any number of creature cards from your graveyard onto the top of your library and then draw a card. This’ll deal a lot of damage if you’ve also been using self-mill as a tactic.

Crypt Ghast makes it so that each Swamp you tap adds an extra mana, which is great. You can also use Songs of the Damned, which adds one black mana for each creature card in your graveyard, which, given the deck, is also absurdly powerful.

Last but not least, we have Living Death and Living End. Both of these all you to not only remove all of the creatures from your graveyard, but also have everyone sacrifice all of their creatures too. It’ll finish off all but the most stubborn of foes, and means you can take advantage of your dead creatures once more.