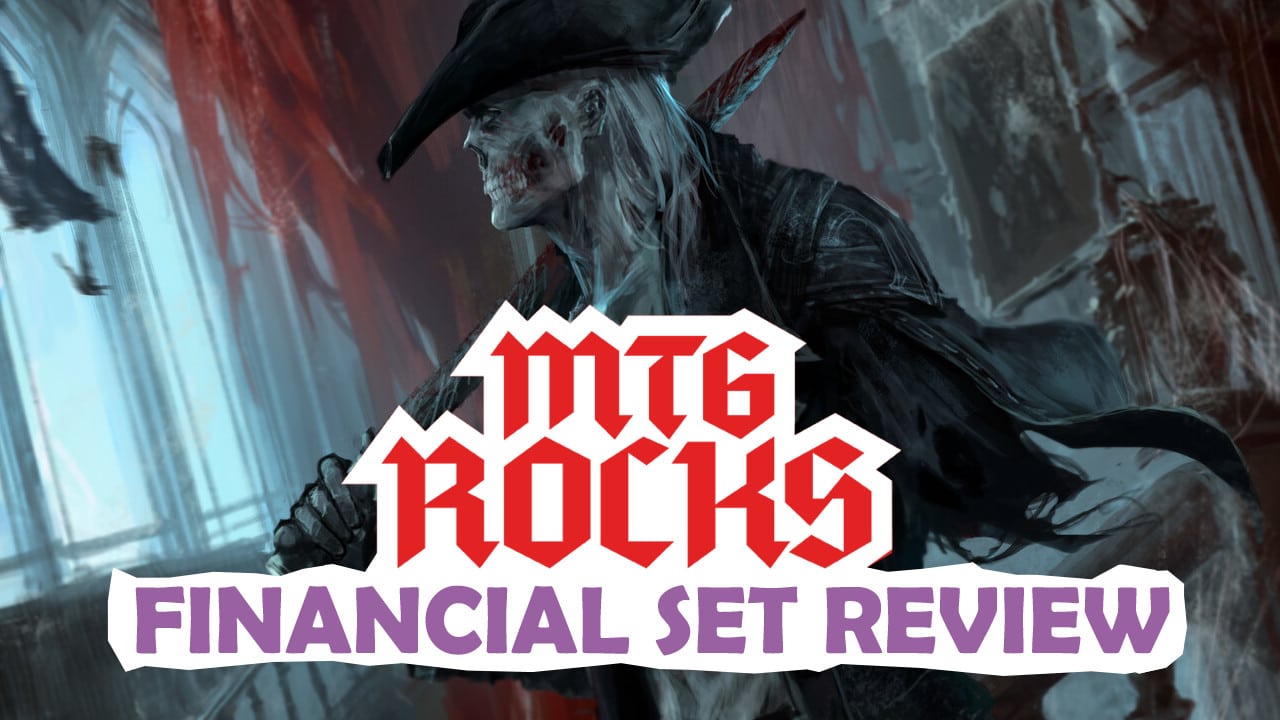 Innistrad Midnight Hunt is officially out today. This is when a large supply of single cards will be hitting the secondary market and, for the most part, driving down the preorder prices. But there is still a lot of room for fluctuation.

This is Part 5 of MTG Rocks’ Financial Set review of Innistrad: Midnight Hunt. Each day leading up to Midnight Hunt‘s official release, MTG Rocks has released financial set reviews covering some of the most anticipated cards from our first Innistrad set of the year. There will be traps (cards that are overpriced and will sink in value), as well as sleeper hits (undervalued cards that have the potential for financial growth).

I wish this card was better because I love blue-white spirits in Modern. But while Innistrad is known for its spirits amongst other tribes, and has given us amazing spirits in the past like Spellqueller and Rattlechains, Wizards of the Coast took a very different approach with spirits with this trip to Innistrad.

The Disturb mechanic is insane in Draft, but it hasn’t picked up much steam in constructed formats. Spectral Adversary, while not a Disturb card itself, just doesn’t have the support it needs to shine in Standard. Being a blue-white spirits player in Modern, this card will not be making my deck. The only home I can think of for it would maybe be in Pioneer Spirit decks.

Consequently, I think this card may end up adjacent to the bulk bin in the next coming weeks. Spectral Adversary is about $3.00-$4.00 at the time of writing. Maybe we’ll get more support in Crimson Vow, but as things stand, I could see Spectral Adversary going lower in the weeks to come.

This card seems like this would be good in a werewolf-themed set like Innistrad: Midnight Hunt. While Gruul Werewolf decks have become one of the top contenders in the Standard format, not many of them are including Primal Adversary. In the three-drop slot, most lists are opting for Tovolar, Dire Overlord, and Reckless Stormseeker, pushing Primal Adversary to the sidelines.

If Primal Adversary is to see any play in, it would be in Standard because I don’t think it’s powerful enough to be viable in older formats. Because it’s not getting Standard play, I’d expect its $4.00-$5.00 price tag to drop further.

If you can “kick” Tainted Adversary’s ability even just one time, a 3/4 Deathtouch that brings along two 2/2 zombies is a great rate. That’s why this card is seeing play in new Orzhav (white-black) zombie decks in Standard.

I don’t think this card is good enough to see play in Modern. But it is a solid Standard card and there may be room for a zombie deck in Pioneer. Plus we have another Innistrad set this year in which we will inevitably get more zombie support. So for all these reasons, I think its current $5.00 price mark makes Tainted Adversary a good buy.

Some people have been trying to include this in Modern Human decks, because if you can put it into play “for free” with Aether Vial then it is effectively a two-mana lord effect (pumping your entire team +1/+1). But how good is Intrepid Adversary when you don’t draw Aether Vial? I don’t think it is. The difference between two and four mana is huge, and I don’t think a four-mana lord effect is good enough for Modern.

Where this card is exceptional is in Standard. Mono-white aggro decks, although some of them are now splashing into Boros colors, are running a full four copies of Intrepid Adversary. I think we can expect to see this card in most white-based aggressive decks in Standard moving forward. For that reason, I think its current $5.00 price tag is a justifiable purchase.

Bloodthirsty Adversary has been compared to Goblin Darkdwellers which I find to be a pretty fair comparison. Although, I think Robber of the Rich is a close second. Robber was included in Standard mono-red aggro decks because it is a 2/2 Haste with upside, and that is exactly what Bloodthirsty Adversary is.

Bloodthristy is currently about $4.00, which if we compare it to Robber of the rich, is a good baseline price. But I think this is an amazing price to buy them at before people get hyped up by Crimson Vow cards.