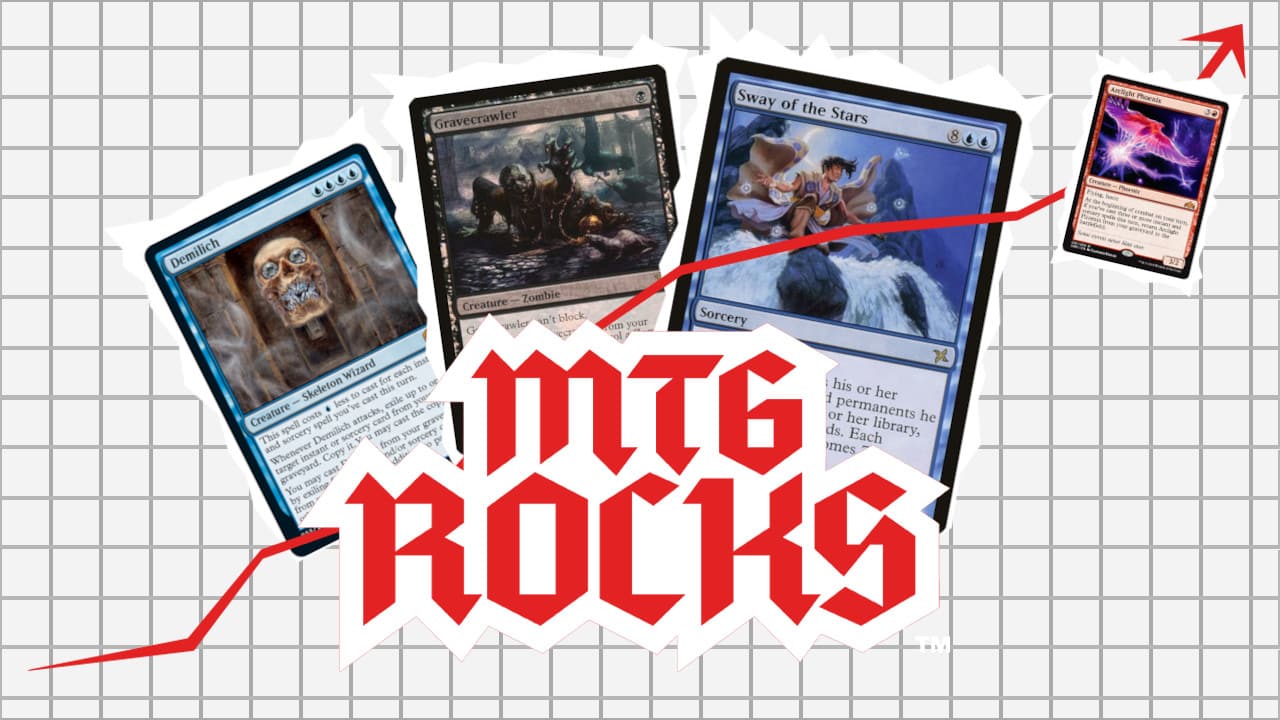 The MTG Marketplace: Biggest Winners, Losers and Trends of 9/20/2021

Innistrad: Midnight Hunt officially releases today and the set is causing some significant shifts in Magic: the Gathering’s secondary market. This week there were some tremendous price spikes, to the point where one card which is currently legal in the Standard format, is almost completely sold out across all online retailers.

Welcome to MTG Marketplace, a weekly article on MTG Rocks where we cover each week’s biggest price spikes and overall market trends.

Is there some new crazy, broken deck using this ten-mana sorcery? No. The one format where this card could be good is Commander and it is actually banned in that format. Then why is this card rising in price?

This week, Sway of the Stars saw a spike to almost $20.00! This is in response to Worldfire‘s unban in Commander last week. People bought Sway of the Stars up in speculation of it receiving an unban as well. Well, it still isn’t unbanned yet and the hype is dying down to the point where Sway of the Stars is all the way back down to about $6.00 on TCGPlayer.

I discussed these two cards in-depth in my article yesterday, Arclight Phoenix is Rising in Play and PRICE. In short, Jeskai Phoenix is viable in Modern due to a few new additions from Innistrad: Midnight Hunt. Consequently, key cards of the deck are selling out everywhere and are seeing big spikes in price.

As a noteworthy update to yesterday’s article, Arclight Phoenix is seeing further upward price momentum. It sold out on MTG sites like CardKingdom, Star City Games, and even Amazon, and there are only 47 listings left on TCG Player when we last checked. It is now about a $15.00+ card. Demilich has also continued to sell and rise in price. There are only 7 listings remaining on TCGPlayer at the time of this article, and it has risen to about $25.00-$30.00!

I’d suggest checking out my article from yesterday if you are curious about the new Phoenix deck on the block.

Zombie cards are still going up in price because of our back-to-back Innistrad sets and the release of the Undead Unleashed Commander deck. This week, Gravecrawler got the most market attention. Gravecrawler has had many printings over the years, and all of them have started trending upwards.

Relentless Dead made our Marketplace article last week as it saw a big price bump. But since then it has climbed the charts further. There are only 55 listings left on TCGPlayer when we last checked and it is costing between $24.00-$28.00.

Just looking at the price fluctuations on the secondary market, zombies are undeniably picking up in popularity. So the question is, what other zombie cards could go up in the coming weeks. My #1 pick right now is Cryptbreaker. It’s another powerful one-mana zombie and it is currently only $8.00 at the time of this article.

Today is the official release of Innistrad: Midnight Hunt. That means that there will be a lot of supply finally hitting the secondary market. This will drive down some of the high preorder prices we’ve been seeing for Midnight Hunt cards this week. There may be a few sleepers over this weekend that dip a little too low and will be worth picking up. But generally speaking, over the next week, expect overall prices of single cards in the set to trend slightly downward.