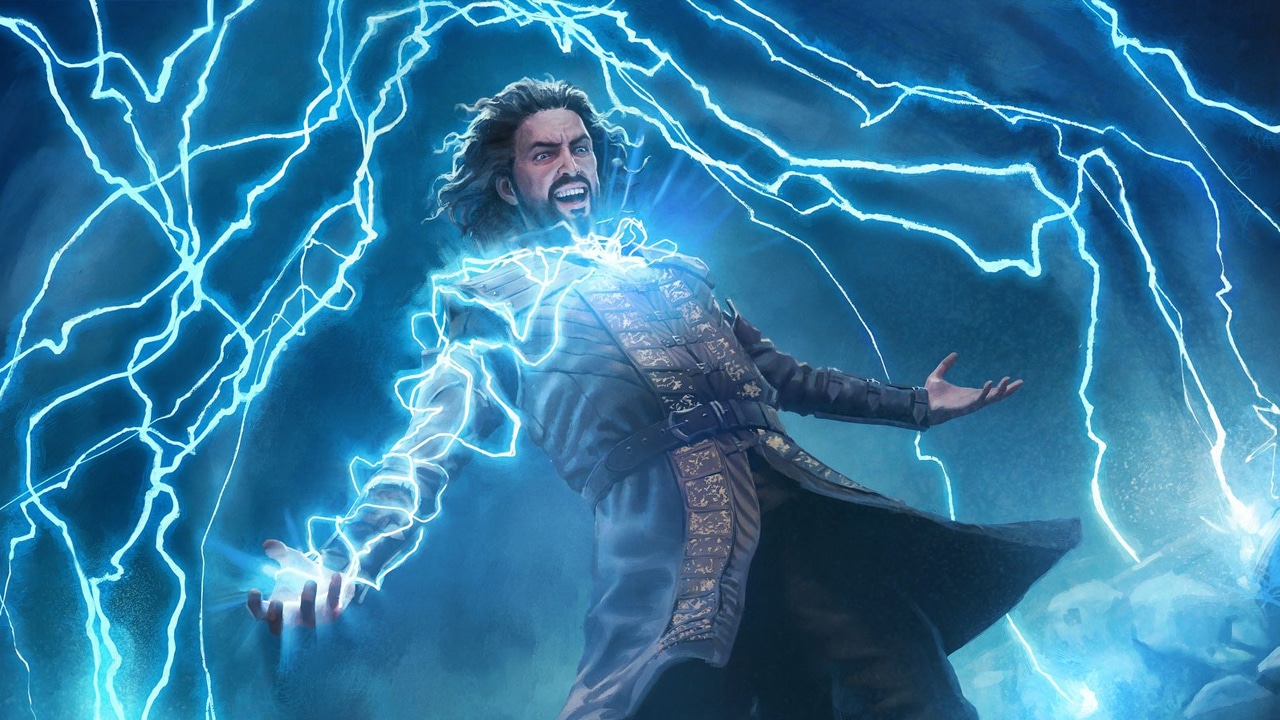 The spoiler season for Alchemy Horizons: Baldur’s Gate is well underway, giving us a first taste of the new MTG Specialize mechanic. This new mechanic has introduced five unique transformation variants for several new and reimagined cards. Unfortunately, however, not all these cards, and their variations, have been created equal.

Most MTG Specialize cards that have been revealed so far feature similar names and artworks across their different variants. However, this is not always the case, and the exceptions to this rule are fantastic.

As a card used to market Alchemy Horizons: Baldur’s Gate, it’s unsurprising that Lae’zel, Githyanki Warrior has some stellar art. Disappointingly, however, Lae’zel, Githyanki Warrior only gets one piece of unique art across its five Specializations. Found on Lae’zel Illithid Thrall, this card is an entire reimagining of Lae’zel’s normal artwork that was first seen in Commander Legends: Battle for Baldur’s Gate.

Lae’zel Illithid Thrall may not have any flavor text, but the card’s art and its name speak volumes regardless. With art depicting Illithid-inspired tentacles and corruption, there’s no doubting the impact and importance of a creature Specializing. When announcing Alchemy Horizons: Baldur’s Gate, Wizards of the Coast promised cards “that bring in even more D&D flavor,” which certainly delivers.

At first, I had assumed this could be due to Lae’zel Illithid Thrall potentially being the canonical Specialization. Once again, this would add some intriguing flavor and story to a card with nothing more than rules text. This theory has been somewhat dashed, however, few other cards follow this trend.

On the other hand, Lukamina, Moon Druid, has interesting unique art for each of its Specializations. As a Druid, like those in Dungeons & Dragons, this makes perfect sense, as each of her Specializations is a new bestial form. This Specialization set oozes flavor with fitting art and mechanics to support these transformations.

While it makes sense that an entirely new card would allow for more creative freedoms, this decision has left every other Specialize card feeling lackluster. After all, Lae’zel Illithid Thrall proves that even the remastered Specialize cards could have been given new art. The question remains, then, why didn’t Wizards of the Coast take more time to do these cards right?

Ultimately, we know that creating unique art for Magic: the Gathering cards takes time. At the time of writing, 17 MTG Specialize cards have been spoiled featuring near-identical art to the original. This means that 84 pieces of original artwork would have needed to be created before the release of Alchemy Horizons: Baldur’s Gate. This could have caused a delay, which is never a good look.

Given that MTG Arena is a digital platform that could be updated in the future, updated artwork could, theoretically, be patched in. This, however, is unlikely. Not only would it cause confusion when the official art for a card is changed, but because those changes could be monetized and sold.

While we would hope that Wizards of the Coast wouldn’t resort to doing this, they’re ultimately a business at the end of the day. This means that paying artists to create 84 original works isn’t financially viable unless they’re being sold at a premium. We can only hope that WotC learns from this miss-step in future sets. Provided, that is, that this is a miss-step and not a shameless cash grab.