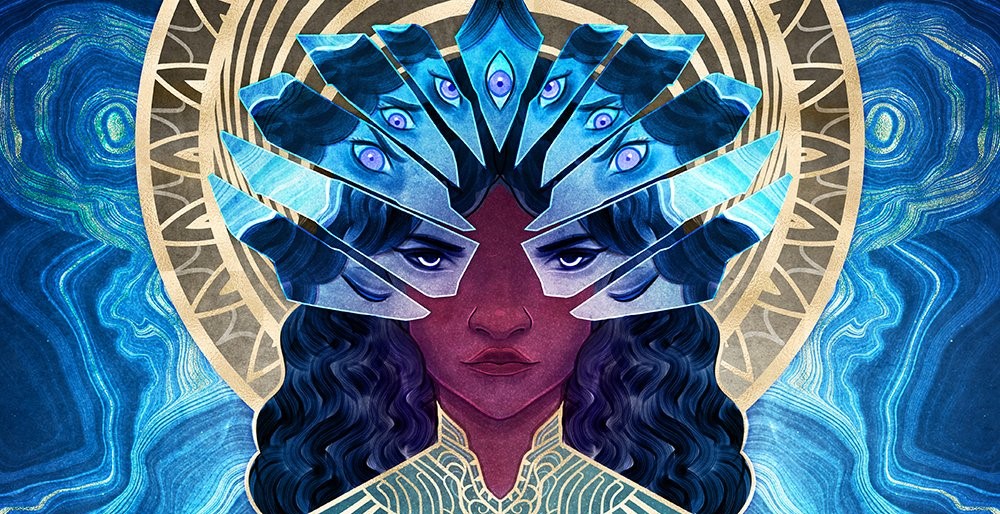 MTG is Having an Identity Crisis

This is the point in MTG history that the players never wanted to see. A recent backlog of mistakes and questionable decision-making has put MTG in an awkward spot. With constant errata to overpowered mechanics and overly complicated card text that needs to be simplified, there is an aggravating amount of variance in what a card reads versus what it does. Fortunately, even with the Companion fiasco and the bad Baldur’s Gate text, these instances were far and few between… then the MTG artwork for Alchemy came along.

Artwork is an Identity

Let me clarify: I love digital-only formats in TCGs. I think a lot of healthy mechanics are introduced in Alchemy that is good for a card game. Being able to tweak problematic cards is a fantastic tool to govern a format. Introducing new mechanics that push the boundaries of a system for the sake of variance is also a good thing. MTG is still messing that up a bit, but the biggest issue that Alchemy has introduced is the destruction of a card’s artwork as its identity. We’ve never had alternate versions of a card before Alchemy’s release, and the release of Baldur’s Gate as an Alchemy format has made this problem a whole lot worse. If you’re both a paper player and a digital player, you now have two cards with the same artwork that do completely different things.

Here is an example of this put to work. These cards have similar names and the exact artwork from Sergey Glushakov. However, when we look into what these cards do, we’re met with totally different abilities. Black Dragon Gate is meant to be a mana fixing tool for Commander Legends: Baldur’s Gate and does that pretty well. Gates entering tapped are part of a Gate’s identity at this point, and both these cards do that. Gate of the Black Dragon from Alchemy: Baldur’s Gate instead, Seeks a non-land card on one occasion. For reference for non-Alchemy players, Seek is a mechanic that randomly pulls a card from your library that follows the parameters required and adds it to your hand (unless the card Seeking states otherwise).

The point here, however, is that you can no longer look at the artwork of an MTG card and know what it does. These versions are separated via paper and digital play, but most MTG players who play digitally also play on paper. The Alchemy land has a basic land type to convolute things even more.

These are Different Cards

Upon first looking at these two Planeswalkers, can you tell which one is the Alchemy version? On top of these being incredibly mistakable for one another, the Alchemy indicator is relatively small, with an ‘A’ replacing the Security Stamp at the bottom of the card. Personally, the ‘A’ at the top right of an Alchemy card better represents the Z pattern English speakers use to read and quickly identifies the card as digital-only before the rest of the card is read. This does have an issue of dissuading any player who has no interest in digital-only cards from not giving the card a try but is more vocal in letting players know what this card is. This wouldn’t be an issue if these cards had unique artworks.

Unlike the previous example, there are almost no similarities between how these cards function. They are both Tasha Planeswalkers, but their abilities do entirely different things. Both Tasha Planeswalkers interact with your opponent but in completely different ways. As both a digital and a paper MTG player, the most confusing part is that the casting costs between these cards are different. I will be casting both of these Tasha’s for the wrong mana cost, which is either straight-up illegal or can lose you a game depending on what cost you mistake.

A further complication is that, unlike the previous example, both Tasha’s are perfectly fine for Paper play. Besides keeping track of the Ward Two that Alchemy Tasha’s -2 grants, both are very viable. As demonstrated by the introduction of Keyword counters (like Trample and Lifelink), the Ward problem is exceedingly easy to fix. If you gave the Alchemy Tasha a different artwork, it could have had a paper release.

All my ranting aside, there’s an easy fix that Wizards can implement to change this: use a different artwork for a different card. MTG veterans rely on a card’s artwork to tell them what a card is. Card effects can be challenging to learn and easy to misuse, but a card’s picture can brief the player on what that card is and what it does. This prevents players from re-reading a card when transitioning to a different format and ultimately speeds up play by eliminating that reading time. We want MTG players to be able to pick up different versions of the game more accessibly instead of building up more barriers.

READ MORE: What is Prowess in MTG?

Being able to change cards to avoid unbalanced metas digitally is an incredibly healthy thing for a card game. Regardless of how little one may like Alchemy, this is backed up by the success of digital TCGs as a platform. MTG Arena almost has this practice perfect with Alchemy. There are two things that MTG Arena needs to address better. One of them is a unique problem to MTG’s identity and the other is a misuse of Alchemy’s marketplace.

Firstly, card nerfs need to be treated as bans. Whenever a card is nerfed, players should have the opportunity to get their value back for that card at an absolute minimum. This is a practice used by many of MTG Arena’s competitors (for example, getting a full Dust refund in Hearthstone). Granting a Wildcard equivalent to the nerfed card to compensate players who put resources into acquiring it for an Alchemy deck will make the marketplace less hostile. Players will likely incur losses if they build a 75-card deck that no longer works because of the changes, but this will help players adapt to new builds instead of dropping the format entirely.

Secondly, Alchemy and paper versions of an MTG card need to be easier to distinguish. This is a problem unique to MTG, as most of its competitors are exclusively digital card games. If time or money is an issue, this can be done rather simply. All you need to do is make the artwork on the cards more distinguishable. This can be done by changing the color of the creature or changing the background.

Its ok if Cards are Different

Brilliant MTG artwork is central to what makes MTG what it is. Getting lost in its fantasy settings is an integral part of what makes MTG a brilliant game to play socially. These artworks stir conversations and give another layer of brilliance to an already fantastic game. Some content creators write video essays on a card’s art style alone. Keeping this diversity is integral in allowing the game of MTG to evolve.