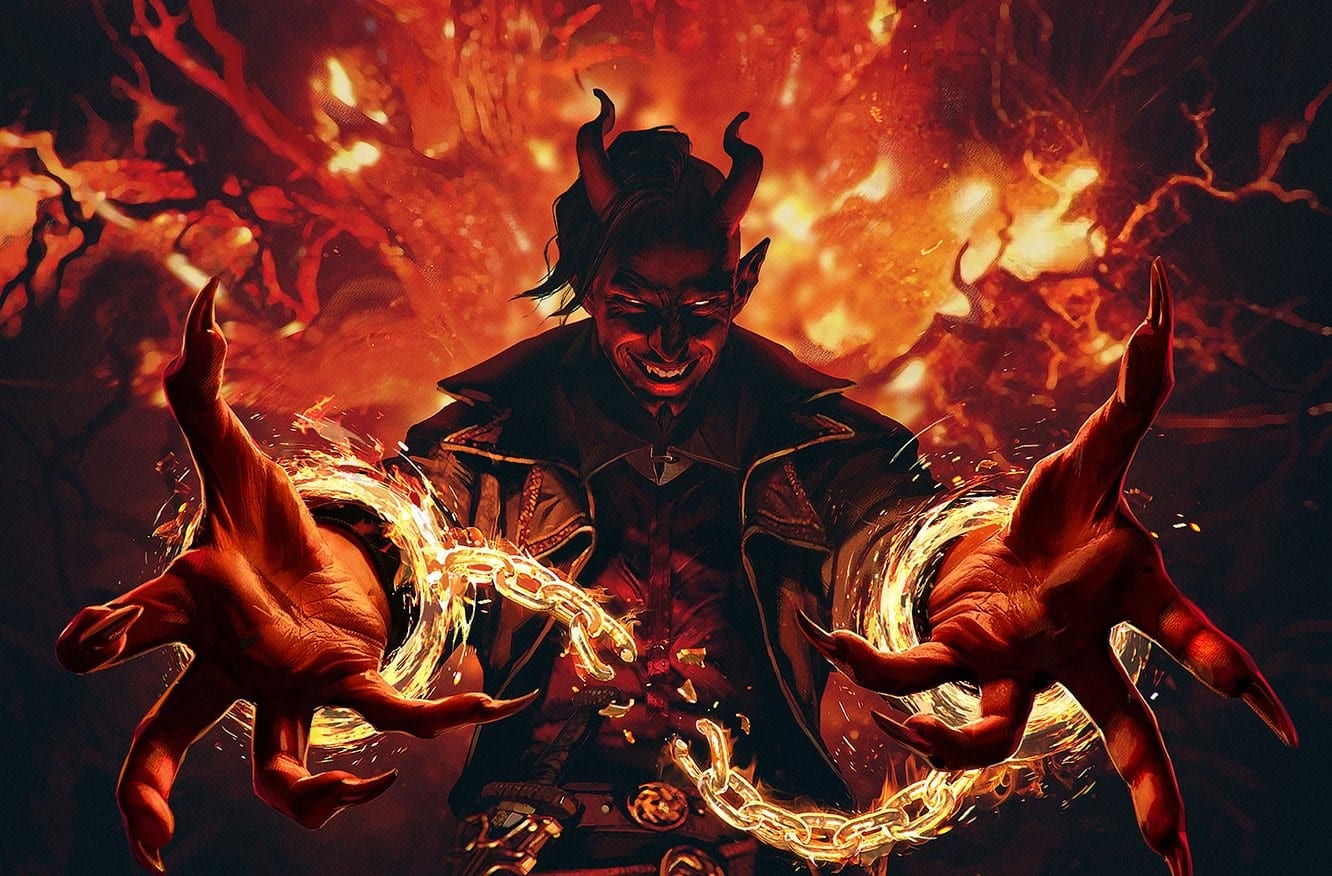 New MTG Unfinity Teasers Suggest Your Cards Act on Their Own!

As is standard before the spoiler season for a new set, MTG head designer Mark Rosewater is back with some teasers. We all know that he loves anything silver-bordered, and the upcoming set releasing on October seventh, named Unfinity, is no exception. As a result, we have a ton of one-off hints to what we’re going to see in this set. As is expected for these sets, some of these Unfinity teasers are wild. For the most part, it looks like some of these cards will do what they want, and we can’t do anything about it!

A Planeswalker that Doesn’t Do What You Say

Perhaps the most interesting of the teasers here is the introduction of a Planeswalker that does whatever it wants. While we have seen some random abilities on Planeswalkers in the past (mainly in the form of various Tibalt Planeswalkers), this suggests a different level of ‘randomness.’ This could be construed as a Planeswalker that simply randomly activates abilities and random points in the turn. It could even state that the player can’t choose when to cast it and instead tries to cast itself as soon as possible. The abilities could also work, like the Tibalt the Chaotic test card from the Mystery Booster product. This Planeswalker would randomly copy spells depending on which ability Tibalt’s owner activated.

Since the hand is not a public zone, causing the card to be cast on its own accord to be a bit more challenging to pull off logistically. One way it could work is that the player needs to reveal the Planeswalker as soon as it enters your hand. Otherwise, when you play it, the card gets countered by itself. Whatever it ends up being, this is the most exciting teaser for me personally.

A Card that can Become Almost 250 Cards for the Turn

This one could be construed to be the card pictured above. That said, the tidbit offered by Rosewater is too outrageous to bypass. Killer Cosplay isn’t technically changing itself, but instead, the card it is attached to. This suggests that the above statement applies to something we haven’t seen yet. I would be shocked if this effect did not have the Acorn Security Stamp.

As Long as CARDNAME Remains Tapped, its Effect Doesn’t End

We’ve had cards before that don’t untap to retain an ability. These will generally keep a creature tapped for as long as it remains tapped or something of that nature. This suggests something a little different than what we’re used to.

Subgames are a topic that has appeared on this site before. While subgame cards offer potent abilities, it is doubtful that this subgame card that has yet to have been named will not have Unfinity’s Acorn Security Stamp.

‘Command’ cards are typically Instant speed (but sometimes Sorceries) cards that allow their caster to choose from various effects. Some Commands, like Cryptic Command and Kolaghan’s Command, are quite powerful. That said, these Commands generally draw a higher rarity than Common in exchange for their versatility.

After getting a pet on Arena, the Almighty Brushwagg reached a meme-tier status in some MTG circles. This quote from an Unfinity card may solidify the prestige of this crazy creature.

“When you Draw Yourself, you Win the Game”

Could this be the next Thassa’s Oracle? Highly unlikely since the main issue is that we don’t know what ‘draw yourself’ is referring to. My guess is that you will literally have to draw a picture of yourself somehow, but this could also mean that something representing the player gets put into the deck.

Many of these abilities will likely have some black-bordered legality in Commander. Of the abilities here, Rosewater named a few:

The huge list of teasers that Rosewater gave could take quite a long time to cover in-depth, especially considering that we are going to get some answers regarding the contents that these tips are alluding to as early as 9:00 AM US PST tomorrow morning. Be sure to check in at MTG’s YouTube channel for all the exciting details. Until then, here is Rosewater’s list of teasers and a link to the original post to check out everything players have to say about them!

First up, here are some things you can expect:

• a card that enchants your graveyard

• a card which requires you to use pantomime

• an enchantment subtype appears on an artifact for the first time

• over ten new named abilities including best in show, gear up, and parade!

• a card that can make multiple Storm Crow tokens

• a cycle of “fill in the blank” cards

• multiple cards that let you win a prize

• a creature ability gets converted to a land ability

• a planeswalker that doesn’t do what you say

• another spell that lets you open a booster pack

• between cards and stickers, over twenty-five nonevergreen/nondeciduous mechanics are returning

• “An opponent tells you a statement about themselves and secretly notes whether it’s true or false.”

• “Each player in an Un-game who can hear you may bid life.”

• “where X is the greatest number of stored results on it of the same value.”

• “except by creatures with flavor text”

• “for each item in its art that’s not touching CARDNAME, another item, or the card frame.”

• “As long as CARDNAME remains tapped, that effect doesn’t end.”

• “As CARDNAME enters the battlefield, choose a word with five or more letters.”

• “Ask a person outside the game to choose which of them is most like a rock band.”

• “using the first letters of the names of permanents you control,”

• “As long as three or more hands are touching CARDNAME,”

• “first strike and a sword, vigilance and a shield, menace and mean eyes”

• “with the same artist and different names”

• “with #GuessThatMagicCard and no other text.”

• “any number of printed Clown Robot tokens that aren’t touching each other, that you hid on the battlefield”

• “If the cracks in CARDNAME’s art are completely covered,”

• “An opponent chooses ‘the fastest’, ‘the scariest’ or ‘the weakest.’”

• “As CARDNAME enters the battlefield, choose a named Magic character.”

• “When you draw yourself, you win the game.”

Here is some reminder text that appears in the set:

• “Anything with two or more capitalized words in its name that begin with the same letter is alliterative.”

• “A top is an outerwear garment worn on the upper body.”

• “They can’t be blocked except by creatures with horsemanship.”

• “Align the tops of both cards to check.”

• “Don’t explain anything else. You choose targets.”

• “This creature has first strike as long as it’s blocking or being blocked by a creature that comes after it alphabetically.”

• “This spell costs 1 less to cast for each Clown you control.”

• “It has their total power, total toughness, combined mana costs, all text boxes, names, art, and so on.”

• “Something is hot if it has hot things in its art, like fire or explosions.”

• “CARDNAME divides the battlefield into alpha, beta, and gamma sectors.”

• “Each time you gobble, take a bit of food or sacrifice a Food token.”

• “You can have two commanders if both have partner.”

• “Creatures in a log together can’t be blocked unless they’re all blocked.”

• “Don’t touch other people’s phones without permission and be careful if you do.”

• “They continue to exist after they leave the battlefield.”

Read More: Everything you Need to Know About Unfinity