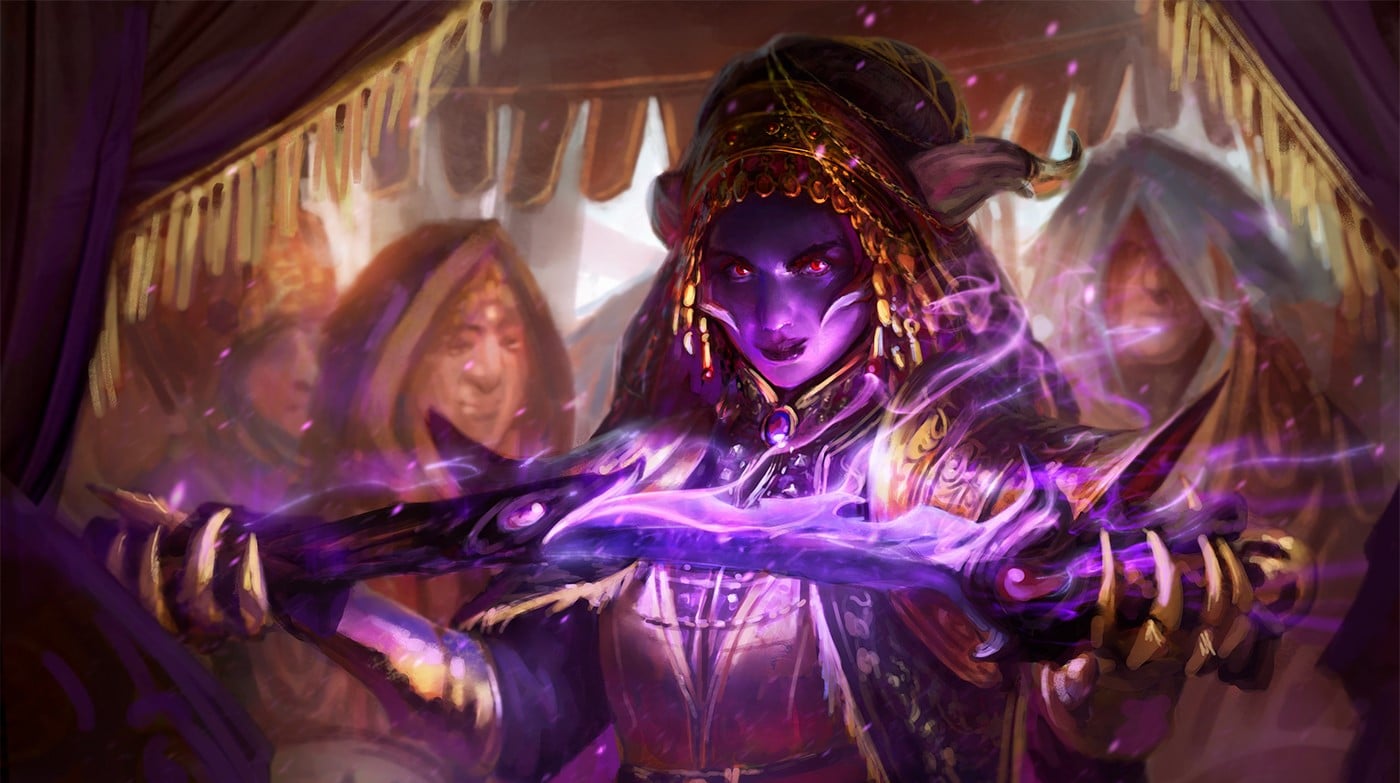 New Archetype Heralded as The Best MTG Arena Deck Ever!?

As we all know, MTG Arena formats aren’t always the most popular things going around. Online-only formats like Historic and Alchemy only tend to get a lot of attention when a tournament with massive prizing is on the line, like the past weekend’s qualifier. Well, one archetype was presented as the deck to “break the format” that weekend, and some evolution, thanks to a The Brothers’ War and a particular MTG streamer, may make it the most powerful MTG deck that Arena has ever seen.

MTG personality Mystmin posted this list on his Twitter page after hitting Mythic Rank 1 with the deck. Mystmin takes credit for being “the first to build it,” showcasing a 93-8 record on his way to taking the highest rank on MTG Arena – about a 93-94% win rate. In Mystmin’s words, this is a tier zero deck in the Historic format, meaning it has no bad matchups, and, at the time of writing, it is unarguably the best deck in the format. Basically, if you’re not playing this deck in Historic, you’re playing the format with the intention of losing.

While I am not personally sure if this stands up to those incredibly high accolades, I’m also not a Historic expert. This deck is a variant of the Trapfinder combo previously showcased by MTG World Championship competitor Tristan Wylde-LaRue as the breakout deck in the Historic Qualifier Weekend that occurred earlier this month.

How Does the Deck Work?

Because the win condition to Mystmin’s Storm deck is a combo, it may be difficult to pick this up without understanding what you’re supposed to be doing. Mystmin actually has a fantastic website where he breaks down the reasoning for each card in his list. Because of that, I will simply explain how the combo works on a macro level so that you can pick this up or know how your opponent is killing you.

Ominous Traveler as a card is a bit complicated. Basically, when it enters the battlefield, you get to take a gander in its spellbook. This allows you to pick from one of three randomly generated options of the following cards:

Two notable changes occur when casting these cards: they return your Ominous Traveler to your hand when they get cast, and you don’t need to spend colored mana to cast them. Both of these changes are incredibly important.

Ashnod’s Altar is the new addition to this archetype from The Brothers’ War. This allows you to convert the creatures you are casting off of Ominous Traveler into mana, while your free Ominous Traveler keeps returning to your hand and producing more creatures to sacrifice.

The idea here is to set up multiple Headless Riders (obtained from Ominous Traveler’s Spellbook) to continually net mana off of the tokens it creates when other Ominous Traveler Zombie cards are sacrificed. You can also use multiple flipped Fable of the Mirror-Breaker to access infinite mana in a similar fashion.

As far as the combo goes, this is all you need. Things get a lot simpler when you have Karn, the Great Creator to find Aetherflux Reservoir as a win condition, but you can win without Karn by swinging in with a lethal Champion of the Perished (found off the Spellbook). You can give Haste to your Champion by targeting it with Dominating Vampire (also found in the Spellbook). Through this, you can continually grow your Champion by sacrificing cards to the Altar and making tokens with your Headless Riders.

While Karn, the Great Creator makes winning with Ominous Traveler a lot easier, according to the deck’s creator, the card you’ll be fetching the most often with Karn is Wurmcoil Engine. This card is some disgusting synergies with Reflection of Kiki-Jiki, leaving behind Wurmcoil Engine’s tokens after the copy is sacrificed.

Diabolic Intent is the card used to tie this combo all together. This gives another high-impact way to sacrifice your Goblin Trapfinder that, according to Mystmin, is most commonly used to find the Ashnod’s Altar that you’re missing. Notably, all four Altars are played in the main deck, so Karn cannot tutor it up.

If you’re mid-combo, you could also use this card to find Karn. A big problem with this combo on MTG Arena is, depending on your random discovers with Ominous Traveler’s Spellbook, there’s a real possibility that the client could time you out while you’re frantically trying to assemble the Champion of the Perished kill. Karn can find Aetherflux Reservoir and alleviate your time issues.

Either way, this much-anticipated reprint truly shows its prowess in what may be MTG Arena’s most powerful deck ever.

The rest of the deck features a commonly seen Rakdos Midrange shell, using various cards that see a ton of play in Pioneer, Historic, Modern, Explorer, and more. Fatal Push is a premier option used to deal with small creatures. Thoughtseize can help tear your opponent’s hands apart, slowing them down immensely or dealing with cards that would otherwise stop your combo. Inquisition of Kozilek pushes this gameplan further, and Fable of the Mirror-Breaker offers some redundancy alongside also standing as a win condition. Claim the Firstborn, finally, provides a ton of flexibility as well. Sure, you don’t have the standard Witch’s Oven sacrifice outlet, but you can still use Phyrexian Tower, Ashnod’s Altar, or Demonic Intent to turn this into a removal spell with upside.

As mentioned before, if you’re interested in taking this tier zero deck for a run yourself, Mystmin has a detailed write-up on his website.