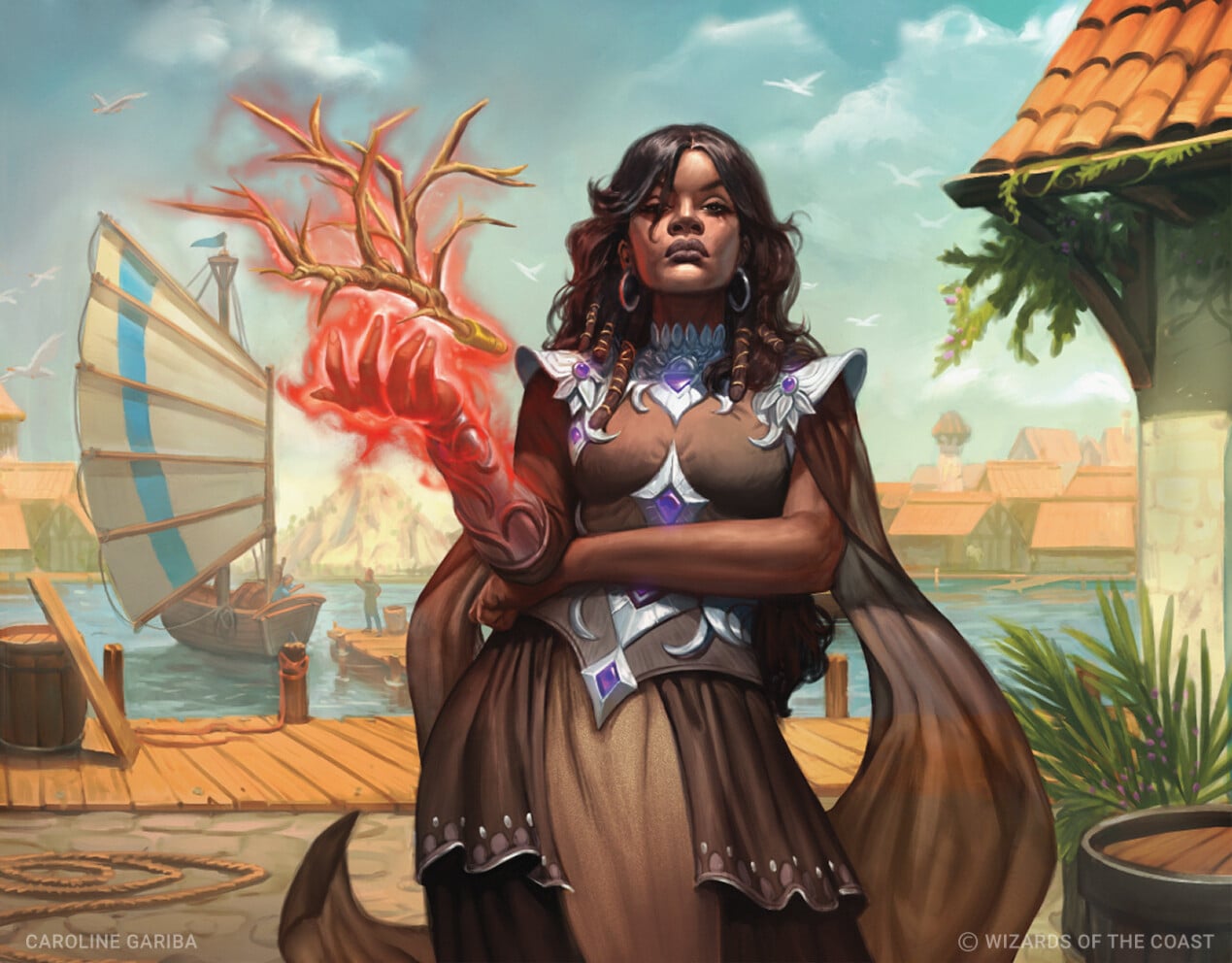 MTG The List for Baldur's Gate is Worse Than Expected

With the official release of Baldur’s Gate coming in a few days, Wizards of the Coast has released a quick look at The List for Baldur’s Gate’s Set Booster packs. In MTG, The List refers to a collection of cards that you can open in a Set Booster pack. The List for each set strives to match the flavor of the overall core set. While this list does do that, it’s worse than you may expect.

Wizards of the Coast set an expectation with The List available with New Capenna Set Boosters. Everything on The List is at least a rare, and while not all of them are valuable, you have a pretty strong chance of opening an absolute home run of a card that direly needed a reprint.

Cards on The List don’t get a legality refresh on the printing. This allows Wizards to reprint powerful cards that direly need a reprint in the current product without absolutely ruining Standard. This also has the reverse effect of promoting new cards to players who may be after a sick reprint. It’s a win-win.

The List in past sets have been a miss because of the disappointing nature of many reprints. Even if you don’t get an expensive card in New Capenna, you would at least get a rare card that would stir interest. Many borderline bulk commons and uncommons have been reintroduced in the Baldur’s Gate List.

Cards like Thundering Sparkmage have some decent synergies with Baldur’s Gate themes, but its not a card that players are going to be excited about opening. It was printed recently, meaning that a lot players are already going to own copies of it. Even if the cards don’t have a ton of value on the secondary market, players should at least get a thrill or some interest out of opening it.

Buy At TCGPlayer
Devoted Druid is an excellent example of a less valuable card that should be included in The List. Every single set of MTG lately has presented a new way to go infinite with Devoted Druid. This gives hype around the creature, so most players will get a thrill out of opening something like this. It’s not a home run, but it’s still cool.

Despite the addition of a lot of chaff, there are also a lot of chase cards being added to the Baldur’s Gate List. Here’s some of the new exciting List cards that you can open:

The Standard powerhouse is back! Goldspan Dragon is still retailing for somewhere between $25.00 – $30.00. This should take a drop when it rotates out of Standard, but a dragon this powerful will always be worth something. Treasure token synergies got an insane amount of push in recent sets. Having a creature that doubles the output of treasure tokens is an absurdly powerful effect in Commander.

Adventure of the Forgotten Realms’ most prominent staple returns to Baldur’s Gate’s List! Despite being a recent printing, Old Gnawbone‘s $40.00 asking price suggests the need for a reprint. This, ironically, is complemented well by Goldspan Dragon. Maybe buying a box of Set Boosters will prepare you to play a dragon treasure EDH deck.

Buy At TCGPlayer
Ghostway is a reprint that’s easy to miss. It gets an absurd amount of value off a board with many ETB effects. Due to it being an instant, you can also use Ghostway to blank a removal spell while gaining a lot of value from its actual ability. This is something you should be happy to open out of a Baldur’s Gate Set Booster.

I think it’s evident that there’s an underlying theme here. Worldgorger Dragon is a powerful reprint that can quickly go infinite. Any reanimation effect that attaches itself to Worldgorger Dragon, like Animate Dead, creates a loop that causes your entire board to flicker infinitely (at least until you target something different with Animate Dead). Prices for this card vary widely between sellers. Hopefully, this reprint will help it find a stable point.

There are better targets for a reprint than Aura Thief, but it’s decent regardless. Pack this against an Enchantress deck and watch the dread in their eyes as it hits the table. Aura Thief only had one printing, making this another decent reprint.

When an uncommon that was recently printed is pushing $10, it’s a card that needs a reprint. Pitiless Plunderer is incredible in Aristocrat decks, rewarding your creature’s deaths with a treasure token. This is a powerful inclusion into any creature deck.

There are several other $10 reprints like Maze’s End, Lolth, and Pariah’s Shield, but these are the biggest reprints added to Baldur’s Gate’s List. Compared to the massive amount of value available from New Capenna, this is definitely a move in the wrong direction. Hopefully, the more valuable reprints are opened at a rate that mirrors New Capenna, but, from my experience opening Set Boosters up to this point, this seems unlikely.