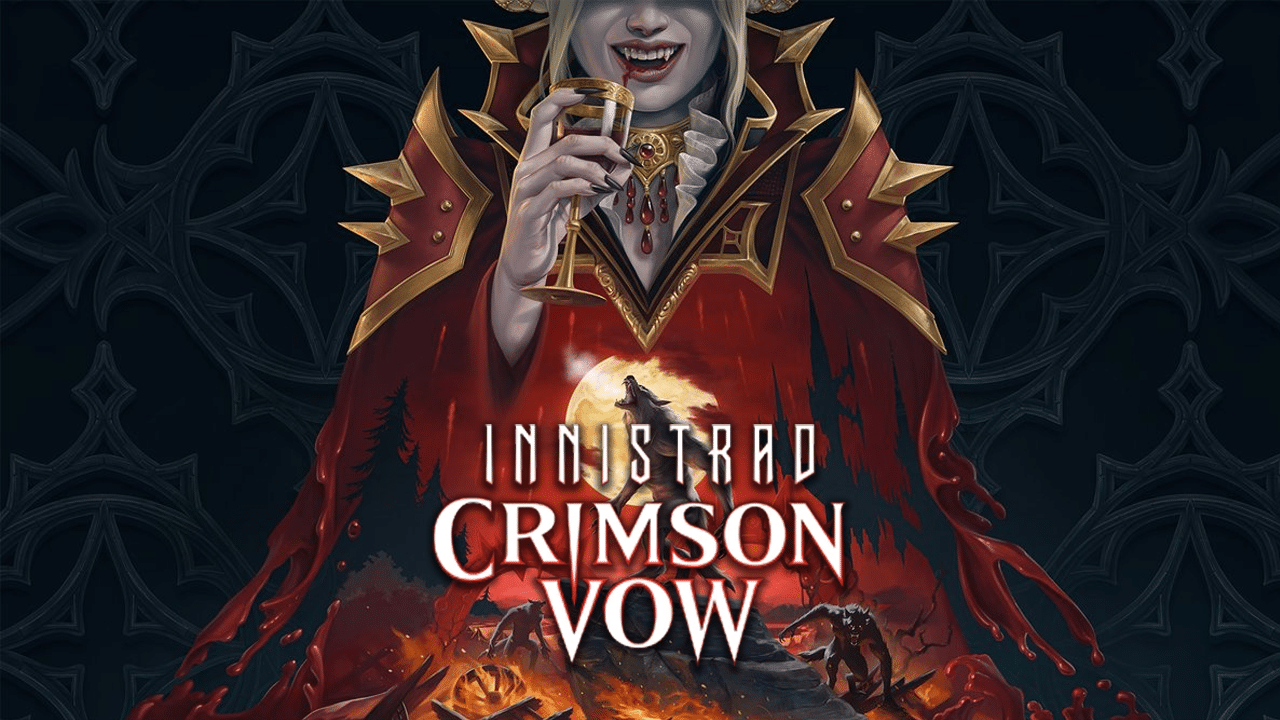 We are fast approaching preview Season for Innistrad: Crimson Vow, which starts on Thursday the 28th! One thing that has become a tradition for new set releases is the Teaser Doc that Mark Rosewater, Magic: the Gathering‘s lead designer, shares with the community a few days before previews start. Today we have that very document for Crimson Vow and there’s some very interesting ones.

First up, here are some things you can expect:

• A new mechanic that removes something never removed before

• A new artifact token, along the lines of Clue, Food and Treasure

• A mechanic that first appeared as a faction mechanic returns

• A legendary character returns, but now as a Vampire

• “Zombies you control have flying.”

• “At the beginning of your upkeep, any opponent may sacrifice a creature.”

• “twice that many of those tokens are created instead.”

• “Whenever a Human you control dies,”

• “equal to the number of permanents you control that are Spirits and/or enchantments.”

• “Then if you control exactly thirteen permanents,”

That’s a WALL of stuff, but there’s a few things that stick out to me as interesting. First off, there’s a “popular and powerful Innistrad Creature gets reprinted”. Note that Innistrad isn’t italicized, so it could be from any of Innistrad’s blocks and sets. The hope is that maybe Snapcaster Mage makes a return? Another option could be Blood Artist. We could also see something like Bedlam Reveler, Grim Flayer, Olivia Voldaren or Spell Queller could also be likely candidates.

The second thing that’s a bit interesting here is the faction mechanic returning as a base mechanic. A faction mechanic is something like a Ravnica guild mechanic. Some interesting options here could be Surveil. I’m also looking to the Rakdos mechanics that are available since the vampires are black and red.

Lastly, I’m pretty excited about seeing another double legendary creature card. We have a similar card to this in Pia and Kiran Nalaar, and my guess for this be something like Edgar Markov and Olivia Voldaren, or whoever Olivia is marrying in the set.

There’s definitely a lot to digest in this document, and I’m very excited to see what comes out in previews! Be sure to stay tuned as we’ll be bringing you all the previews over in our Preview Gallery and stay tuned for all of our Innistrad: Crimson Vow coverage! What are some of your predictions from this article? Let us know in the comments!