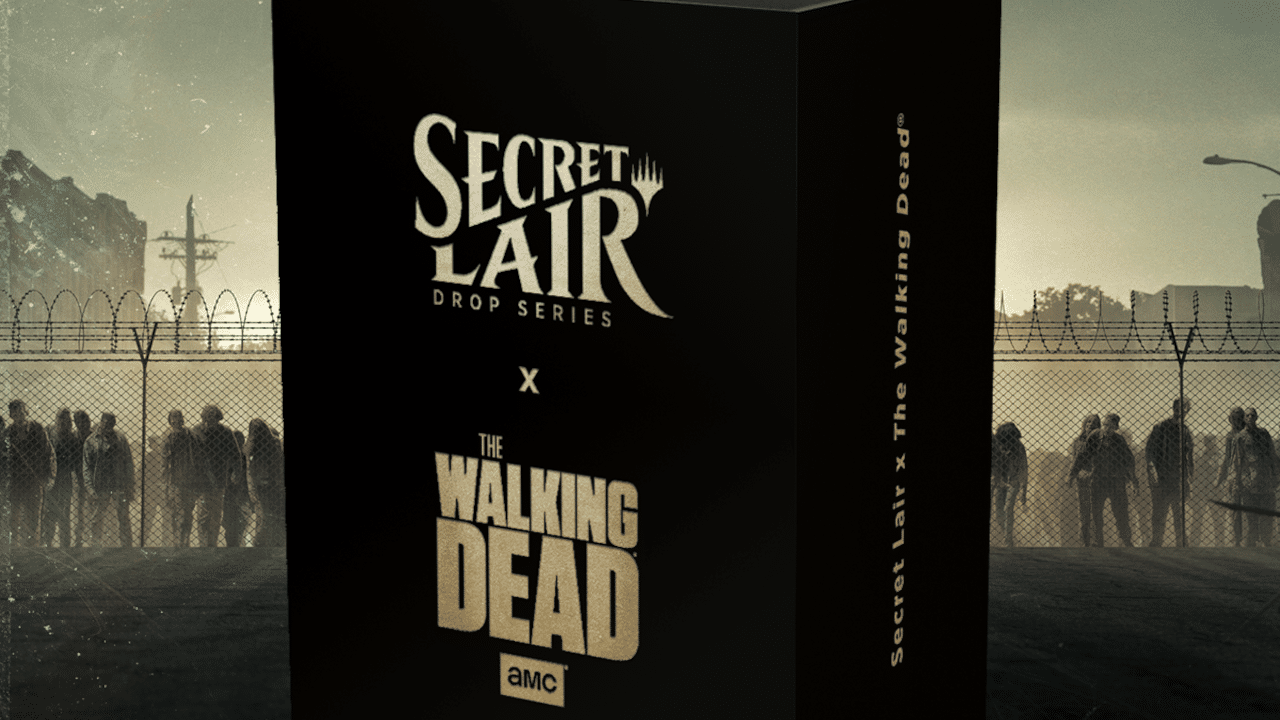 In an announcement over on Twitter, the official Magic: the Gathering Twitter account stated that the Secret Lair for The Walking Dead is going to be getting a similar treatment to that of the Stranger Things Secret Lair.

Back when some updates about Universes Beyond had been announced, WotC stated that they would be creating Magic equivalent versions of the mechanically unique Secret Lair cards roughly about 6 months after their release in the Secret Lair. These cards would show up in Set Boosters in the List slot for various future sets.

One thing that they said at that point would be that they didn’t have plans to go back and do this for The Walking Dead Secret Lair. Though Mark Rosewater, Lead Designer for Magic: the Gathering stated that they had he power to do so, that they wouldn’t necessarily do this. Well, they are walking that back today. The release date / which Set Boosters they will be in remains to be seen, but this is a great thing to hear.

These are great for reprints, and ones that are honestly great for the commander community! Rick, Steadfast Leader is even used in Vintage Humans! These are all utilized in various commander decks, and having them reprinted gives players more access to them, and that’s never a bad thing. Next week, we’ll be taking a look at the potential financial impact of this announcement, and keeping an eye on the pricing as these Magic versions come out, so stay tuned for that!

READ MORE: What I Want to See from MTG Crimson Vow’s Box Toppers

What are your thoughts on this? Are you excited to see these cards reprinted, or do you think that they should have left this one alone? Let us know your thoughts in the comments!