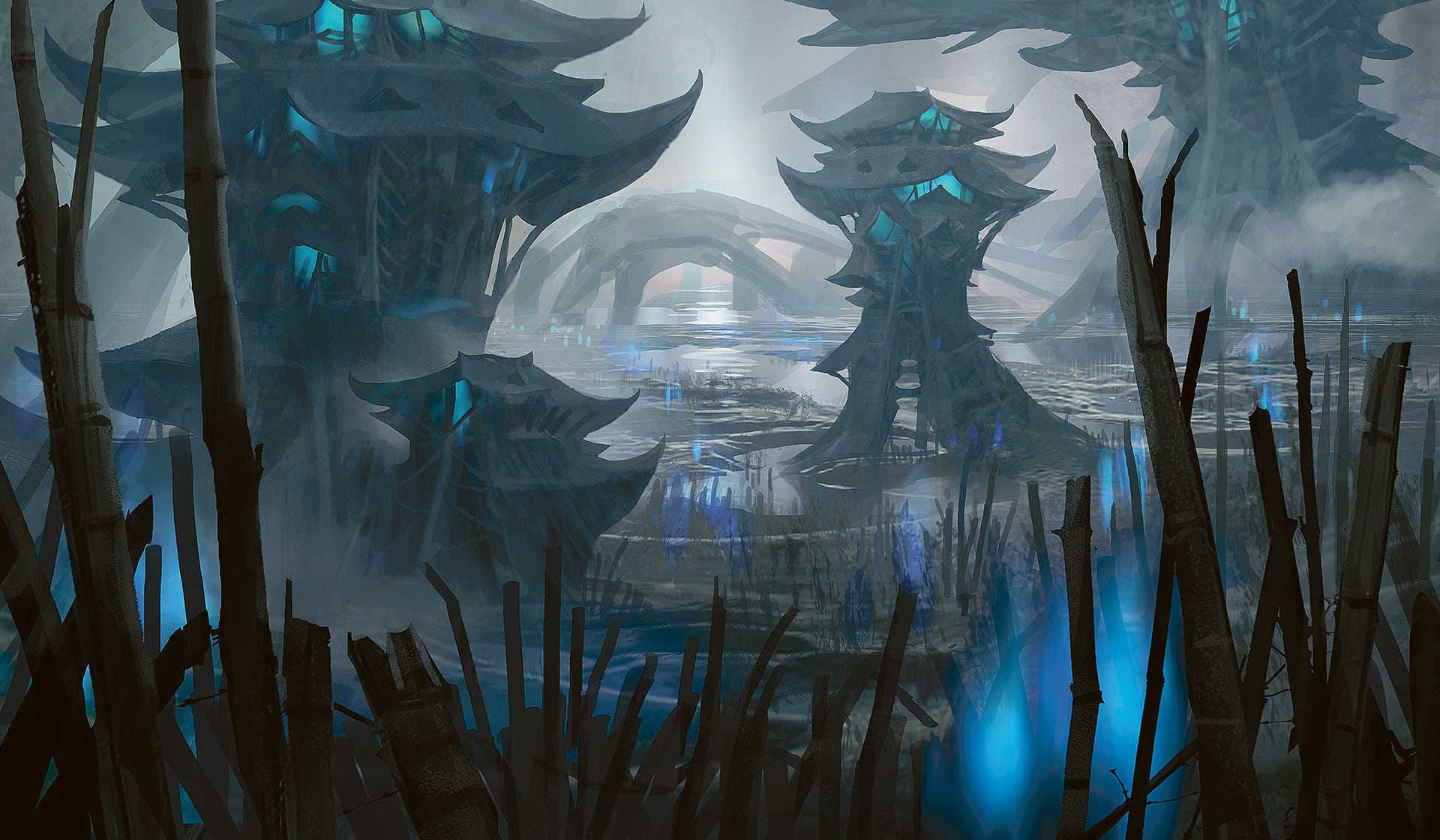 It may not be the most astounding revelation in the world, but two new Commander Pre-Constructed decks have been leaked on Amazon. They’re set to release as part of the Kamigawa: Neon Dynasty product pool in February.

Wizards of the Coast usually do a good job of preventing such leaks but in the modern digital shopping world, this isn’t an infrequent occurrence. Video games in particular have struggled with listings going live ahead of schedule. This often ruins the surprise all because someone hit the ‘go live’ button a little too early.

So, let’s take a look at what was revealed and how it adds to the overall appeal of 2022’s first major set release!

The products in question are two pre-constructed Commander decks for Kamigawa: Neon Dynasty. They appear to be bundled with an Ultra Pro premium deck box which is certainly a requirement when transporting your decks!

There was always a strong possibility of there being some Commander product released alongside the set even with the Commander Collection: Black release in January. The names of the decks are Buckle Up and Upgrades Unleashed.

The decks will be available as a standalone product but no listing exists for these just yet. It’s also worth noting that it’s hard to determine the theme of each deck as there is no image on the Amazon listing, at least not anymore.

Upgrades Unleashed may be built around enchantments and artifacts that buff creatures but Buckle Up is way harder to figure out, perhaps something Vehicle/Crew based? We’ll know a lot more once spoiler season kicks in next month!

We’re expecting to hear more this month about what Kamigawa: Neon Dynasty will have to offer us going forward. This could be where the Commander pre-con products are officially announced. Spoiler season is set to begin on January 17th a run through to the release of the set a month later.

Read More: Everything We Know About Kamigawa: Neon Dynasty