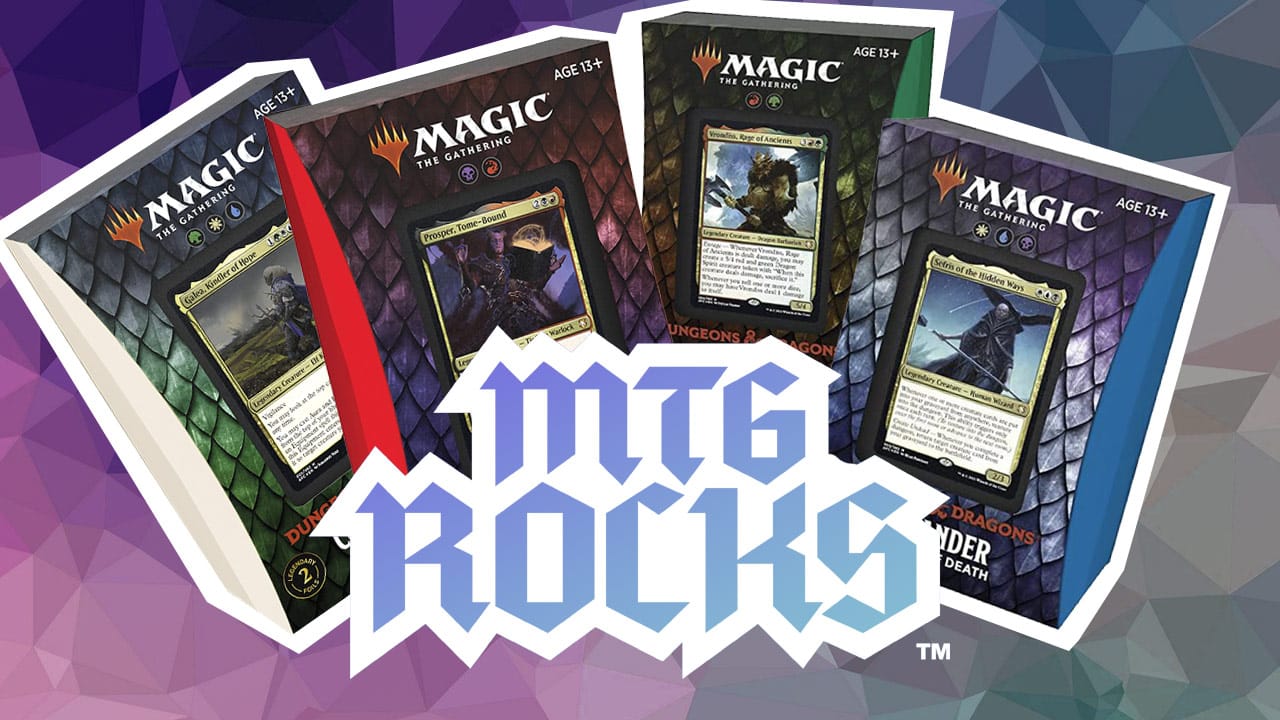 D&D Adventure in the Forgotten Realms introduces five brand new Commander decks based on the latest MTG set. Even if you are new to Commander, these pre-constructed decks are ideal if you want to jump into MTG. From format veterans to D&D enthusiasts, there is something for everyone within this collectable card game.

There will be four pre-constructed decks that each include 100 ready-to-play MTG cards including two foil cards. Combined, there will be 64 brand-new cards across these decks which are never seen in any other MTG set. While we are waiting for the cards to drop, you can find yourself a great pre-order deal through Amazon. Going further, you can grab yourself a deck box and sleeves for today’s big release!

Prosper, Tome-Bound is the face hero for Planar Portal, a Red and Black deck. Prosper is a Legendary warlock who claims his power was gained from winning a bet against an unnamed supernatural being.

Draconic Rage is a Red and Green deck with Vrondiss, Rage of Ancients as the face commander. Vrondiss is a Legendary Dragon barbarian.

Seferis of the Hidden Ways is the face commander for the three-color Dungeons of Death deck. Knowledge gained from ancient tombs and dungeons will power Seferis within the White, Blue, and Black.

Aura of Courage, like Dungeons of Death, is also a three-color preconstructed commander deck falling into the White, Green, and Blue colors. Galea, Kindler of Hope is the face commander for the build, a Paladin who brings light and hope wherever she goes.

Previews for the upcoming Commander set are ongoing and if you’ve missed out on the reveals so far, you can catch up over on our dedicated preview gallery.