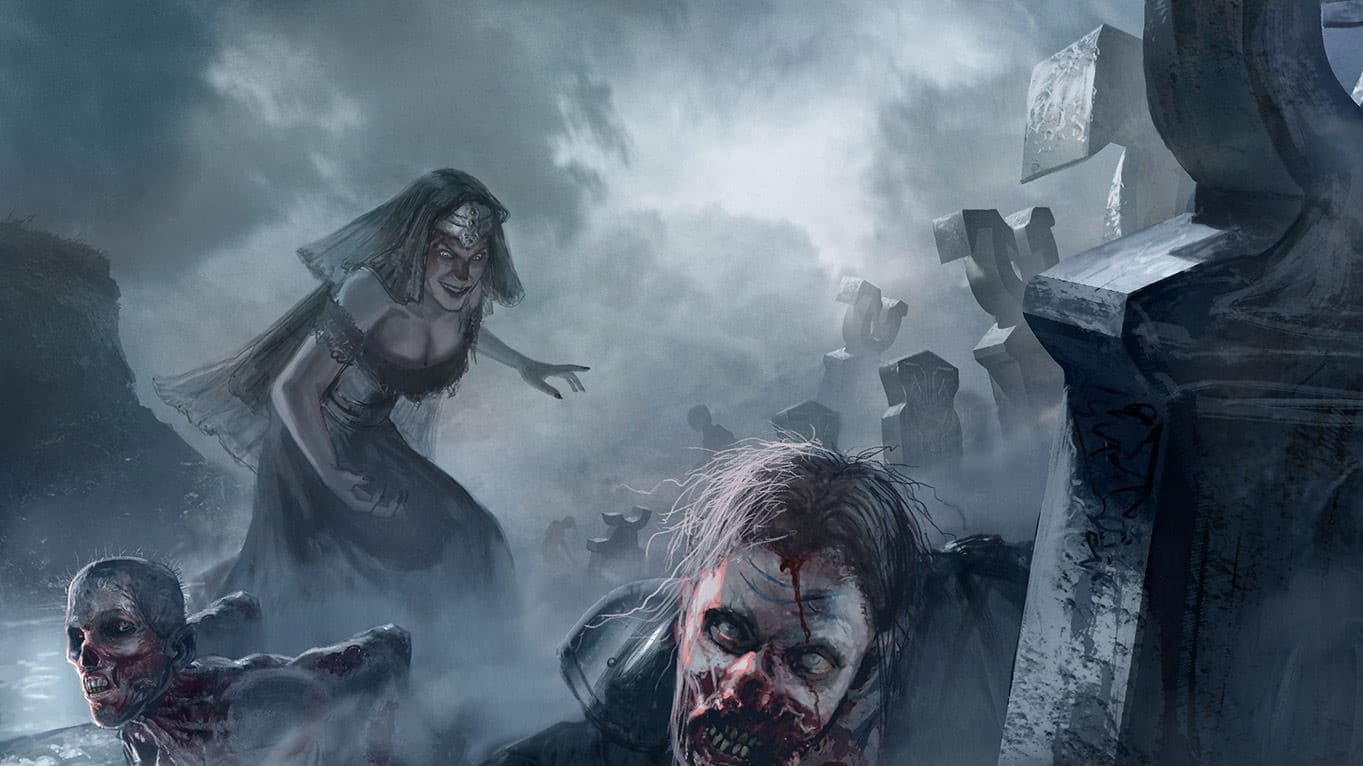 Look, we all know that Commander is a format that’s continuing to thrive, especially with all of the new set-specific Commander pre-cons, but one color seems to have gained a fair bit more of the power than the others.

Well, maybe not just raw power, but there are two specific legendary creatures that feel almost overpowered thanks to their simple but incredibly powerful effects. We are, of course, talking about mono-black, and two specific creatures in particular.

First up, let’s talk about Tergrid, God of Fright. Tergrid does have a flipped form, but we’re not interested in that, so you can look that up yourself. We just want to focus on the fact that they’re a five-mana 4/5 with menace. Wait, no, that’s not the important part either.

The important part is their ability, which reads, “Whenever an opponent sacrifices a nontoken permanent or discards a permanent card, you may put that card from a graveyard onto the battlefield under your control.” Basically, as long as a permanent is put into the graveyard because you made someone discard it or sacrifice it, you then get to gain control of it.

Given that you’re in black, there are countless ways to do both of those things, whether at your opponent’s behest, or with you taking a more aggressive path and making sure you can choose what you get at any given moment. It’s not even something you have to wait for either, the moment that permanent is sacrificed or discarded, you then gain control of it. It’s absurd, and we are about to get another take on this concept in Innistrad.

Gisa sure is glorious

Now, we’re not huge fans of the decayed keyword; it stops the creatures from being able to block, then you have to sacrifice them if they attack, but it does mean you get any ETB triggers from your enemies creatures, and you get fodder if you’re looking to sacrifice something instead. Also, while discard isn’t mentioned on Gisa, it only specifics that the enemy creatures have to die, not be sacrificed, which means board wipes and other spells work wonders.

Being able to turn the creatures you’re fighting against into allies, even temporary ones, is an obnoxiously powerful ability, and it’s the kind of thing that feels like a new trait to black, given that it’s generally blue that steals things in the past. It’s not brand new; of course not; we’ve had access to Grave Betrayal for a long time now, but having it on your commander makes it so easy to access.

What’s yours is mine; what’s mine is also mine

It all ties into the selfish nature of black in the world of MTG. The idea that everything should be sacrificed for personal gain is something that’s always been a part of black, but it’s usually your own health or your own creatures that fall foul of it. This new direction, or seemingly so, points to a way in which black gets all the benefits of power from sacrifice, but rarely has to pay the cost, instead foisting that expense upon someone else.

It makes us wonder what’s happening with the colors now. Strixhaven showed us new ways in which the colors could be utilised, with Red and White gaining access to potent Spirit synergies, and all of the color pairings gaining new names.

Could it be that we’re on the cusp of a truly monumental change in MTG, something that’ll shake how we view each of the colors and the traits that each is meant to represent? Or, is it simply a matter of Wizards trying to even out the ridiculous power that Green has gained in recent years, with a constant upgrade to the number of things its creatures and spells can do? We’re not sure, but it is fun, and we’re all for it.