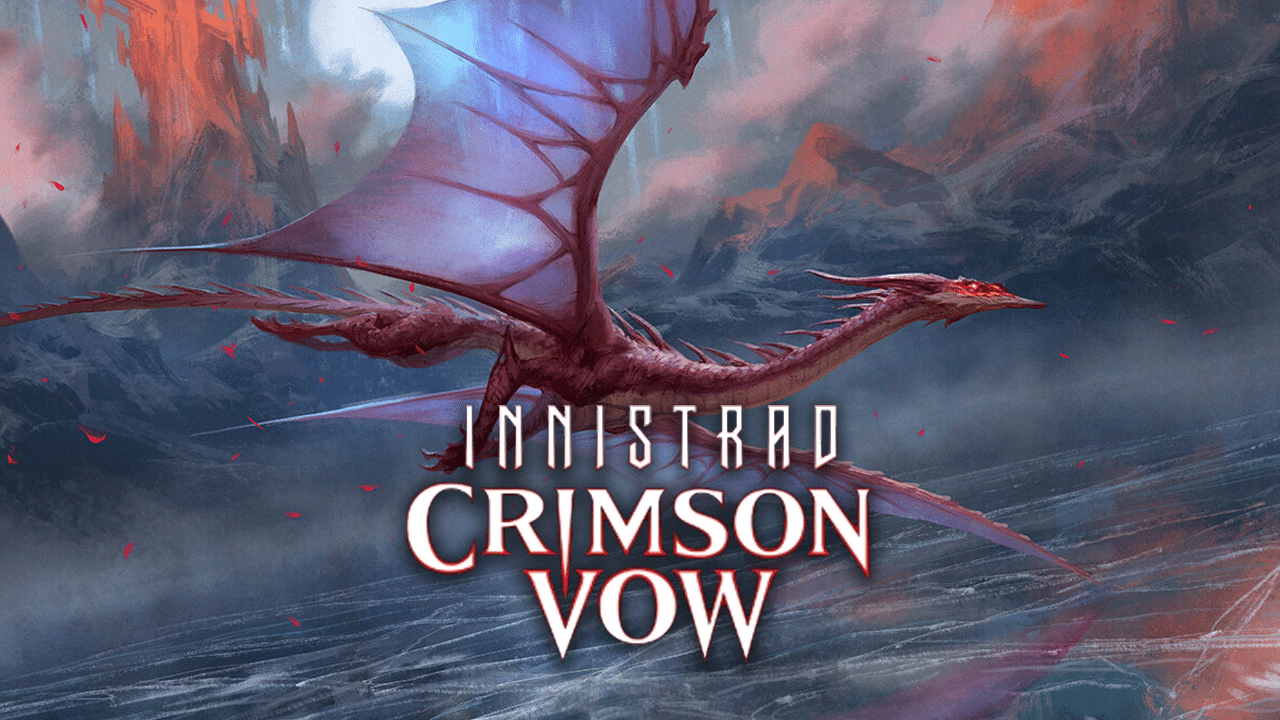 Today’s release day for Innistrad: Crimson Vow on Magic Arena and Magic Online, and paper prerelease is this weekend! We’ve done some reviews on the cards, but now it’s time to dive into Limited. Today we’ll be looking at some of the archetypes that you can play in the format, and some key cards that you’ll want to make sure that you pick up for your decks.

Humans got a ton of support int his set. Their new mechanic, Training, really helps beef up the team. Some critical commons and uncommons to pick up are Parish-Blade Trainee, Dawnhart Disciple and Resistance Squad. If you open up a Torens, Fist of the Angels you’re in a great spot to go with this deck.

Vampires is obviously the key creature type in this set, and there’s a lot of ways that you can go with the deck. Vamps are in 3 colors this set, and you have a uncommons and rares in each of the 2 color pairs. I think that Black and Red have the stronger common and uncommon vampires, but there’s definitely some benefit to being in White. Look to pick this up if you find an early Edgar, Charmed Groom or some of these uncommons. Big shout out to Vampires’ Vengeance as being a 1 sided board wipe.

The Disturb mechanic returns in this set, but now, most of the cards with Disturb are creatures on the frontside, and Auras on the back, which is very cool. With this deck, you’ll want to find a fair bit of flyers for your auras. The best one is Stormchaser Drake, which will draw you a card when you cast the Aura and target it. Probably the best rare that you can get for this deck would be Dorothea, Vengeful Victim as the aura is essentially Geist of Saint Traft.

Zombies make a comeback in this set and in strong fashion. Their mechanic is a returning one, Exploit, which involves sacrificing a creature to trigger an effect. One card that’s super sleeper good for this deck is Biolume Egg. It’s a fantastic blocker, but is also perfect fodder for our exploit creatures. Headless Rider[/tooltip] or [tooltips]Geralf, Visionary Stitcher are great rares to pick up for this deck.

A Note on Werewolves

Werewolves and Wolves do show up in Crimson Vow, but there aren’t really as plentiful as Midnight Hunt. While a Werewolf aggro deck is possible, you’d need to have quite a few rares line up to really make it worthwhile. There are some commons and uncommons for the archetype, but the power of them is fairly tame compared to the rest of the set, and my assessment is that these are fantastic splash creatures.

This is a pretty interesting archetype. There’s a bunch of cards in the set that are Self Mill cards, and they primarily show up in Green, but there’s some blue and black cards with it. The hard part about this archetype is that Mill itself is a strong choice for draft formats that can support it because you can easily deck your opponents out. You’ll need to have a few solid pay offs to close the game out, otherwise you risk milling yourself out. Key cards here are definitely Vilespawn Spider and Mulch.

There’s quite a few really solid cards in the set as well that could go in multiple decks.

Abrade is a fantastic removal spell if you’re in red. It’s a constructed all star, and while we may not get a huge benefit of the artifact destruction, 3 damage for 2 mana is a solid rate.

Removal is an essential piece of draft decks. Fierce Retribution gives us the flexibility to have a cheap, conditional removal spell, or an expensive, unconditional one.

Valorous Stance is a must include for white creature decks. Having the ability to give one of your creatures indestructible, possibly to trade in combat, or to kill a big blocker / attacker is invaluable.

Thirst for Discovery may be the best draw spells in the set. In draft, your mana base is going to be nearly entirely basic lands, so we can often discard a basic to this. This is a must play.

One of my favorite combat tricks in this set is Serpentine Ambush. 2 mana for a 5/5 is a great rate, and can even help protect some of our creatures from removal. I value this one very highly if I’m in blue.

Hero’s Downfall is another premier removal spell. This used to be a rare when it was originally printed, and now that the rarity was downshifted, this is much easier to draft. One thing that can turn a draft on it’s head is the presence of Planeswalkers in your game, so having a clean way to deal with them, as well as creatures, is important.

We’ve seen plenty of these effects before in Magic’s past, but Blood Betrayal feels incredibly strong here. In this format, combat is definitely more important, so having a way to change the dynamic of combat is very important.

Rending Flame is a very powerful removal spell. 5 damage for 3 mana at instant speed is great. The fact that it can also deal with planeswalkers is also very good.

Mana creatures are often a solid pick up for limited as it helps you fix your mana. Since this is a common, it could be worth picking up early, since they’re going to go quick.