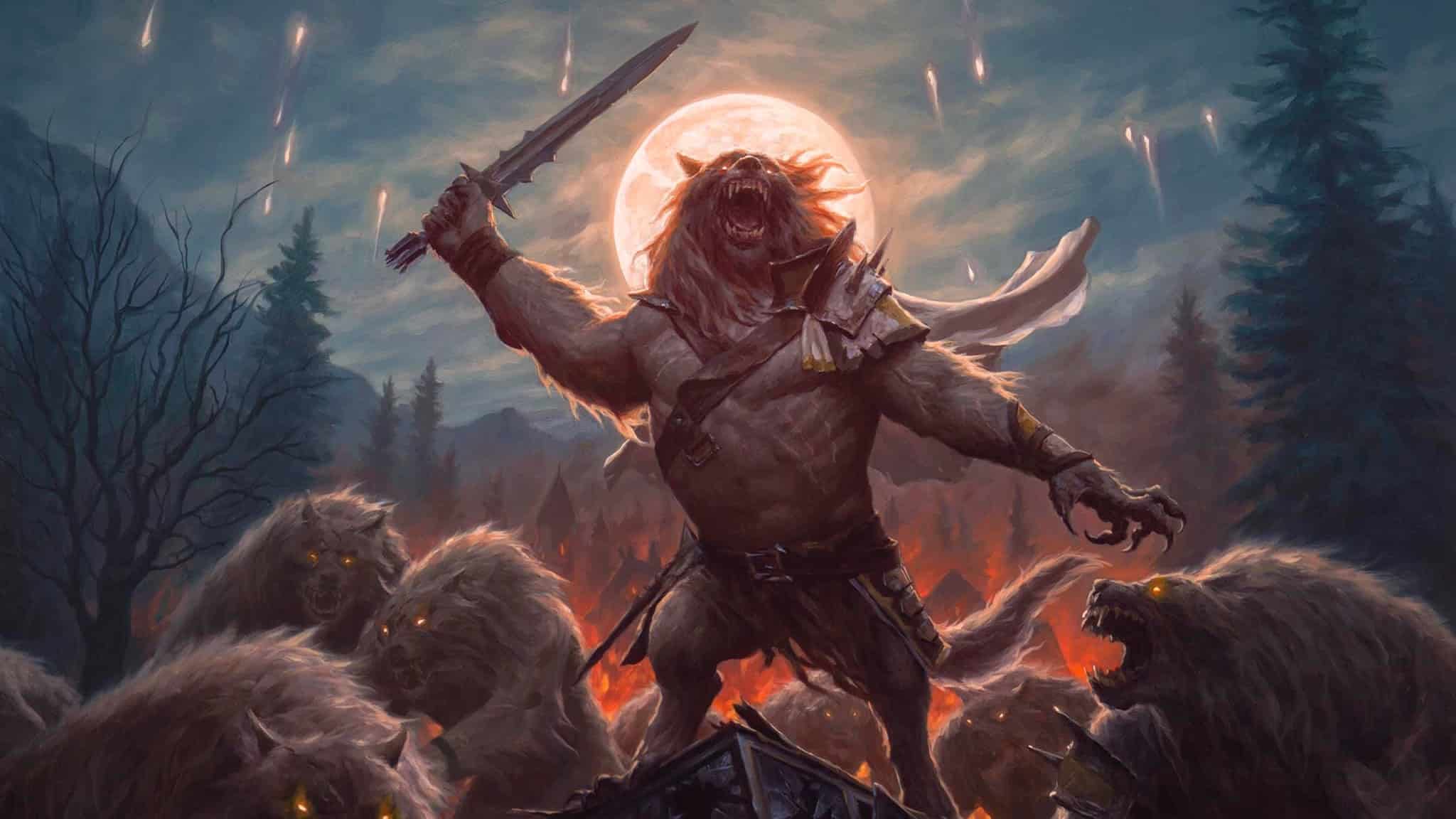 It's Finally Time To Play Werewolves In Commander

With Innistrad: Midnight Hunt now out, it’s about time we finally made a damn-good Werewolf deck in Commander. It’s fair to say that it’s just not been a wise thing to do up until this point, and the lack of a true leader for this pack has been infuriating.

Thankfully, we no longer have to make do with Ulrich of the Krallenhorde, as we now have access to an actually good legendary creature. So, let’s dive into Werewolves in Commander, and what cards you should make sure you get for it.

Who is Tovolar, Dire Overlord

Our new pack leader is Tovolar, Dire Overlord, who is a three-mana 3/3 that lets you draw a card whenever a Wolf or Werewolf deals combat damage to a player, and also lets you turn the day into night as long as you control three or more Wolves or Werewolves at the beginning of your upkeep.

The less human version is Tovolar, Midnight Scourge, who’s a 4/4 with the same card draw ability, but this time around you can pay X, one red, and one green, to give a Wolf or Werewolf you control +x/+0 and trample until the end of the turn, which is a great way to finish someone off.

Of course, an alpha is only as good as the pack at their back, so you’re going to need a fair few Wolf and Werewolf cards supporting you here.

Finally, there’s Afflicted Deserter, a four mana 3/2 that turns into

Werewolf Ransacker, who destroys an artifact as they transform, and can then damage the controller of that artifact for three damage too. It’s nice to have a little bit of utility on your horror monsters.

There are those sympathetic to the Werewolves

The powerful Silverfur Partisan is a three-mana 2/2 that makes it so that people take damage if they target your creatures, and Kessig Cagebreakers create a horde of Wolf tokens whenever they attack too.

Then you’ve got Beast Whisperer, who is a four-mana 2/3 that lets you draw a card whenever you cast a creature spell, which should be happening a lot, given the nature of this beast of a deck.

Control the day and night

With the way Werewolves now work, or at least the new ones, it’s good to have some control over both when you cast your creatures, and also the day and night itself. The Celestus is a three-mana artifact that lets you add mana, change day to night or vice versa, and even lets you gain life and draw a card too.

Then you’ve got lots of options for granting flash too. Yeva, Nature’s Herald, Arlinn, the Pack’s Hope, Vedalken Orrery all grant flash in various ways, and allow you to make sure you’re either casting no spells at all, or all of your spells as often as you want to turn night back to day.

Then you’ve got Lurking Predators, which is a six-mana enchantment that reads, “Whenever an opponent casts a spell, reveal the top card of your library. If it’s a creature card, put it onto the battlefield. Otherwise, you may put that card on the bottom of your library.” Because you’re not casting these creatures, it doesn’t interfere with the time of day at all.

You’ve then got a bunch of other support cards that can help out too. Howlpack Resurgence is a three-mana enchantment that grants Wolf and Werewolf creatures you control +1/+1 and trample, which is nice, plus it has flash, which is even nicer.

Rhythm of the Wild can grant you creatures haste or give them a +1/+1 counter, and it stops your creatures being countered too. Full Moon’s Rise gives Werewolves you control +1/+0 and trample too, but you can also sacrifice it to regenerate all of your Werewolf creatures, which is great against board wipes

There’s also Cult of the Waxing Moon, which is a five-mana 5/4 that makes a 2/2 Wolf token whenever any permanent you control transforms into a non-Human creature, which should be happening an awful lot in this deck.

Go for the kill

Finally, you need a way to make sure you can kill your opponents, and that’s what these spells are for. Kindred Charge is a six-mana sorcery that reads, “Choose a creature type. For each creature you control of the chosen type, create a token that’s a copy of that creature. Those tokens gain haste. Exile them at the beginning of the next end step.” It’s hard to argue against double the number of Werewolves you just had.

Then you’ve got the trample spells. Triumph of the Hordes is a four mana sorcery that grants your creatures +1/+1, trample, and infect until the end of the turn, which is frankly obnoxious, and a little bit tricky. You could also just use Overwhelming Stampede, which grants creatures trample and +X/+X, where X is the greatest power among creatures you control.

All of these cards form the skeleton of a Werewolf Commander deck that’s going to absolutely devour your opponents, and that’s really what this is all about, isn’t it?