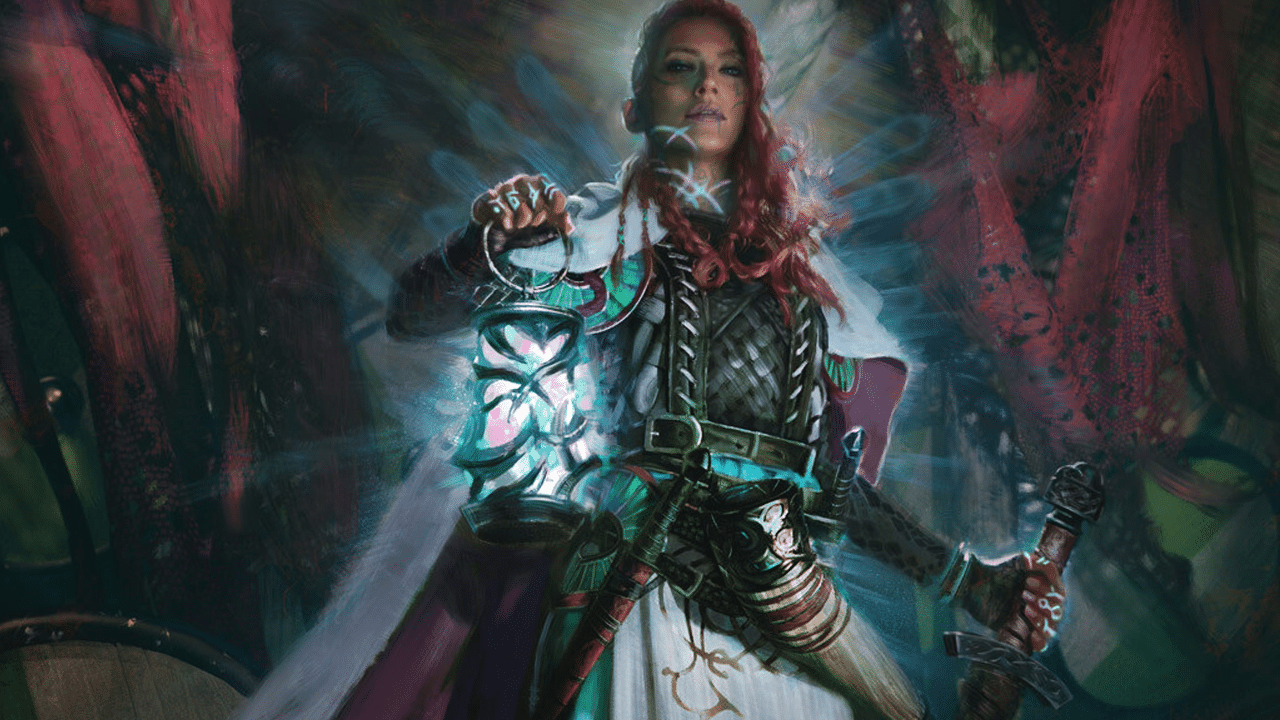 Is Tergrid Back In The MTG Standard Meta?

It’s not exactly rare for a card to see its popularity peak long after its release, even in the Standard format. Tergrid, God of Fright was released as part of the Kaldheim set in early-2021 and was put to use straight away. As we moved into the 2022 ranked season, however, her use dwindled as Aggro and Control decks took over.

It’s very possible that with the release of Midnight Hunt and Crimson Vow that Tergrid is back and ready to start stacking up the graveyard with discards once again. One deck in particular from TheSonio got us thinking about how much potential there could be at high-level play.

Read More: This MTG Deckbox Is One Of The Coolest Ever

Discard decks, as a whole, have become less popular in the 2022 ranked season. Standard play seems to be all about Aggro of Control decks with White and Izzet leading the way respectively.

That could be about to change as Tergrid, God of Fright – which is double-sided with Tergrid’s Lantern – might be the card that brings discard back from the grave.

Let’s use the above deck as a base and looks at its strengths, weaknesses and what changes are worth making depending on your playstyle.

This Tergrid deck is listed as a Control deck but in reality, it usually needs to win in the early or mid. Allowing a game to go on too long will limit your win potential even with the right pieces in place.

This doesn’t mean it’s an Aggro deck though, in fact, it sits somewhere between the two styles. The idea is the have your opponent empty-handed by turn 3/4 through the use of Dread Fugue, Elderfang Cleric and Acquisitions Expert. REMEMBER – Expert uses the Party mechanic so make sure a Cleric is on the board before playing it if possible.

Your mid game will spend trying to transform Concealing Curtains into Revealing Eye as well as resolving Tergrid’s Lantern and then Tergrid, God of Fright.

Some players still don’t know how to effectively manage the effects of Tergrid’s Lantern. Each turn you can make an opponent choose to discard a card, lose 3 life or sacrifice a permanent. So often, players get protective of their cards and refuse to discard or sacrifice unless absolutely necessary. For one black + 3 mana, you can untap Lantern and reactivate it. It’s worth doing when the board is empty and you’re looking to apply pressure.

In an ideal world, you have Lantern and God of Fright active at the same time, this is because if your opponent chooses the discard option, you can take that card and put it on the battlefield under your control. This is also the case if you force a discard from any other source.

It all boils down to making your opponent play off the top of their deck and ensuring that you’re chipping away with creatures at the same time. A simple but effective strategy.

There are a few noteworthy changes that you could make to this deck based on our time playing with it on MTG Arena. First up is Blood on the Snow. One copy of this card in a deck is killer and it’s not really much use. It takes far too much pure luck for it to end up in your hand at the right time so we would strongly suggest ditching it.

Go Blank is also another card that you may want to rotate out but we would warn that the exile graveyard feature means it’s a great counter to any Lier, Disciple of the Drowned decks.

As for the lands, We would swap out the Faceless Havens for max Hive of the Eye Tyrants and either an additional basic land or Field of Ruin. As great as Faceless is, you don’t want to risk situations where you’re left with cards to play any too much colourless mana on the table.

When it comes to additions, additional copies of Dread Fugue could benefit the deck greatly due to its versatility as either a one or four mana spell. It may also be worth looking at adding Shambling Ghast in for its treasure potential to help cast Tergrid or Sorin, the Mirthless a turn or two earlier than expected.

All in all, we’re super excited to see where the community takes Tergrid and the combinations that are possible to create the ultimate Discard deck.