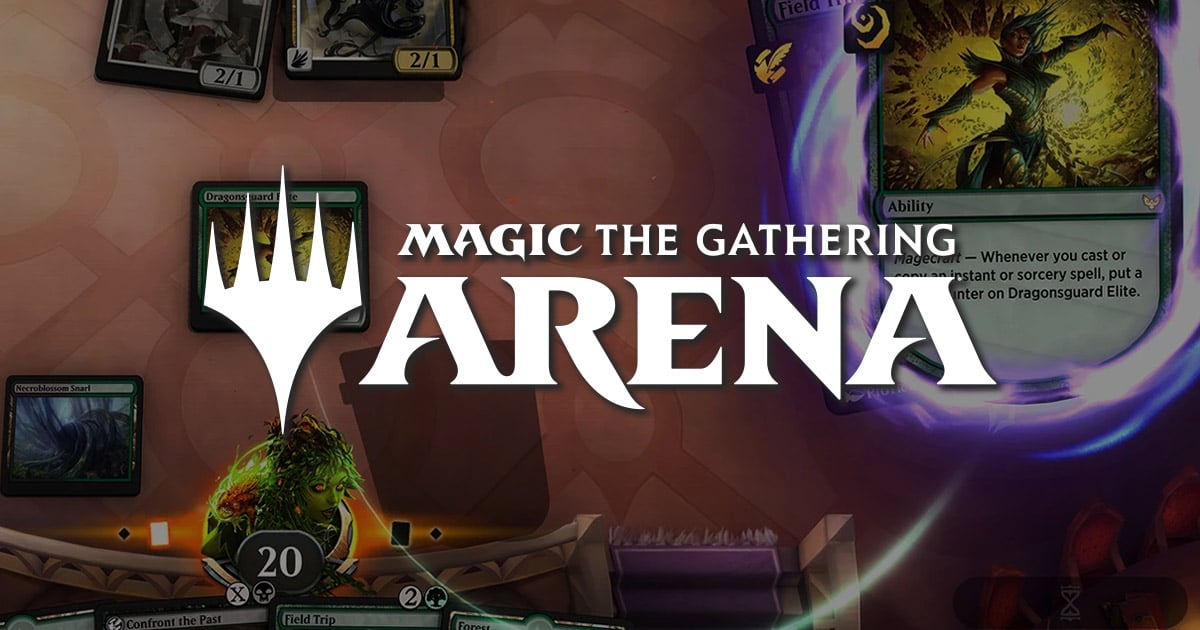 When it comes to getting your digital Magic: The Gathering fix, there are two very different ways to scratch that itch. You can either dedicate yourself to MTG Arena which is a free-to-play option that is considered the music more accessible way to play.

With MTG Online, it’s a completely different kettle of fish with cards and packs needing to be purchased as with in real-life. There is some trade functionality although it isn’t a free trade market. It’s also generally a lot harder to learn the game as the interface is a lot less friendly.

Let’s break down the main differences between the two games and which one should be considered ‘The Best’.

When new players first start out on MTG Arena it’s likely that they’ll find the game to be quite accessible and easy to pick up. THey way the game handles its tutorial and overall introduction phase are very well done. For long-time players, this may turn into a bit of a grind but can be surpassed fairly easily.

The stunning visual interface means that it’s clear what you’re doing at all times and turns are structured in a way that once again helps players of all experience levels. Events like the Arena Open and general Drafting events are simple to enter and in some cases can be entered using coins alone, no need to spend money on gems.

Finding your way around the multiple formats, including the Arena exclusive ones like Historic and Historic Brawl is a great way to expand your horizons. Unfortunately, there are multiple formats unavailable such as Modern and Commander, big misses considering the size and ability of the overall platform.

Finally, despite being advertised as free-to-play, it’s incredibly hard to get up to speed due to the incredibly limited XP and Wildcard system. This pushed players towards having to invest real-life money, typically through either the mastery pass or general packs, to get the most out of the game.

When it comes to MTG Online, there are still huge parts of the player base that prefer this to Arena but has simply had to shift their focus as Wizards of the Coast put a larger reliance on Arena to sustain interest in the game throughout the Covid-19 Pandemic.

MTG Online is considered the online platform that purists tend to lean towards. It’s also still explored by players who initially start plying on MTG Arena but are perhaps curious as to what charms Online holds.

You can get started in Online for free with ‘New Player Points’ to enter beginner events and 1000+ free cards. It must be noted that the free cards are 40 copies of each basic land, 2 copies of each common and 1 copy of each uncommon for the active Standard sets. So, no rares and no mythics to begin with.

Trading is up next and while it’s possible to perform human-to-human trades in MTG Online, it’s a mess to try and figure out. So, most trades are done with bots and this process is incredibly overwhelming for new players. Once you figure out how it works and the different types of bots available, it’s a little easier to navigate but still not as easy as the wildcard system.

True limited play is also a major upside to MTG Online. There are some interesting conspiracies around how limited play works in MTG Arena and it has led to the belief that the only way to play limited in all its glory, is through Online. It also helps that around 99% of cards that were ever printed are featured in MTG Online meaning that there are some truly old school sets to play with as opposed to just what is legal in Standard & Historic.

One final major downside is that Trading, Chat and the full Online store are hidden behind a paywall that costs $9.99 to bypass. So the content you get access to for free is all you have to determine whether or not you want to make a purchase and many players will find it hard to justify the payment with what’s on offer before you pass the paywall.

Read More: Can MTG Online be Merged Into Arena?