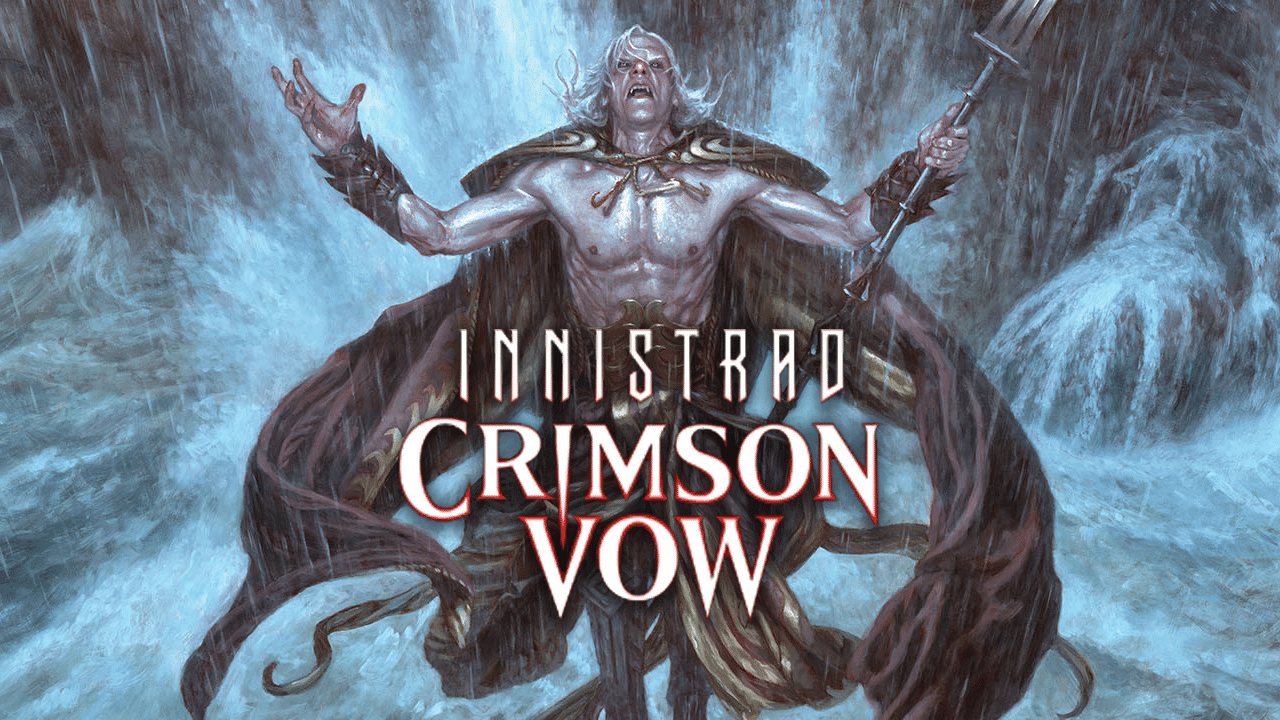 Not too long ago, we got the full deck lists for the Innistrad: Crimson Vow Commander decks, and there could be a misprinted card in one of the decks.

According to Twitter User @Why_Hary, Kamber, the Plunderer is misprinted. The normal version that comes in the deck is missing a couple very important words in Kamber’s ability. The version that will come in Innistrad: Crimson Vow Set and Collector boosters has the correct text. This is reflected on the Gatherer Entry for Kamber This is a pretty important difference and one that could change how decks are constructed.

Wizards of the Coast responded to this tweet not too long ago.

They believe that the issue is with the image that was uploaded to Gatherer and not actually affecting the physical cards. They will be investigating and once we know what’s going on, we’ll bring you that update. If the normal version of the card is in fact printed incorrectly, those versions of cards could see some significant price jumps.

Misprinted cards are collectors items in the MTG community. From miscuts, misprints or even printer ink splotches, collectors value these cards very highly. Hopefully, WotC comes back with some news on this soon.