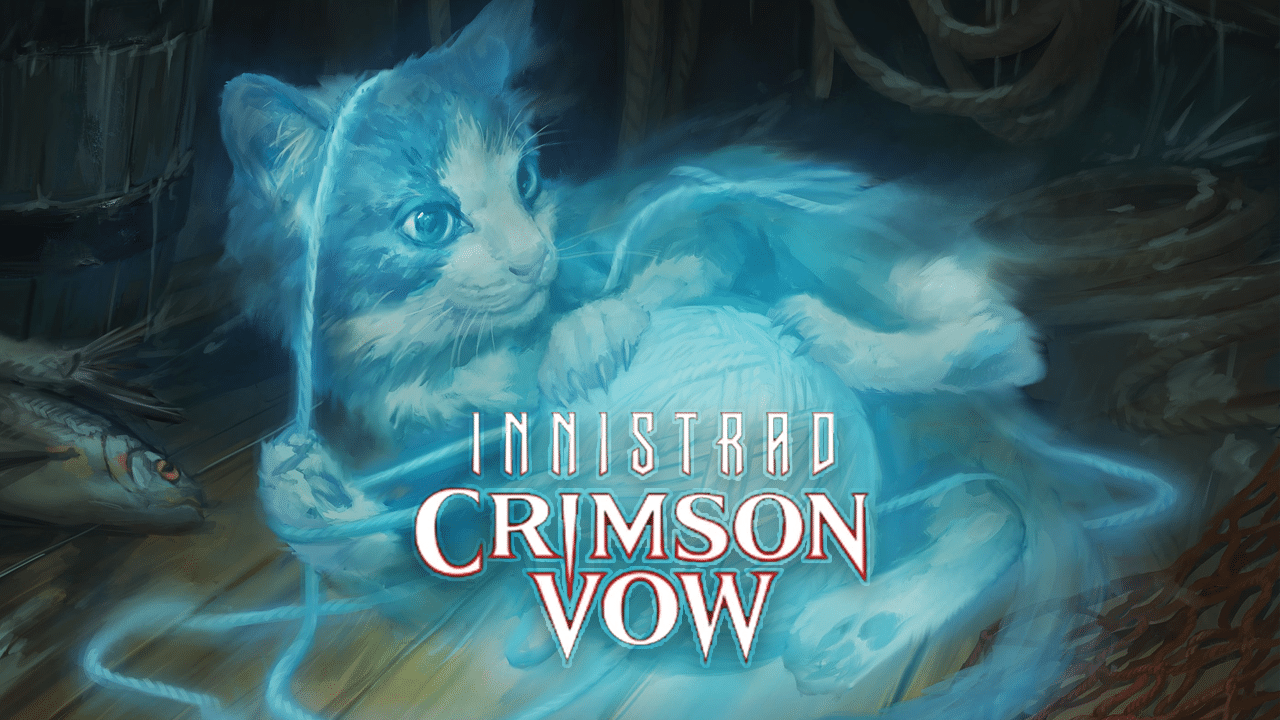 We’re only a few short days away from Magic: the Gathering‘s newest set Innistrad: Crimson Vow on Magic Arena. We’ve taken a look at the Mythics and Rares in the set and reviewed them for their viability in Constructed and whether or not you should be crafting them. Today we’re going to take a look at some of the notable commons and uncommons from the set, and these ones are cards that you should be crafting.

Adamant Will is apretty nice combat trick. +2/+2 and indestructible is nothing to sneeze at. For 2 mana, this could be worth running in Mono White in Standard as it allows us to trade up against Mono Green.

Circle of Confinement is really interesting. It’s a Portable Hole, but ramped up a bit. If you happen to find a vampire to exile and you get the 2nd part to trigger, then great, but really we’re using this for is the cheap creature exile effect.

Valorous Stance was a pretty important removal spell in the original Khans block, so it should be a nice pick up here. Of note, this can hit some pretty powerful creatures in Standard and Historic, such as Goldspan Dragon and Esika’s Chariot.

Cradle of Safety is a great option for the Azorius Auras deck. Giving your suited up creature hexproof at instant speed is pretty incredible, and it plays so well into the deck already. It’s cheap, but I’m not sure exactly if this would fit into the main or side right away. Either way, if you play the deck, consider this.

Geistlight Snare is a basically a Mana Leak for Spirits, and if you’re happening to also run some enchantments, then it’s even better. If you’re playing Mono Blue Tempo in Historic, this could be a fantastic option to play.

Stormchaser Drake is a very cool card. It’s almost like a Feather the Redeemed, and it should fall nicely into a Jeskai Feather deck.

Syncopate has been a powerful counter spell in the past, and it should definitely be great here. This should be a nice addition to Standard’s counter spell pool for sure.

Thirst for Discovery is the 3rd in the “Thirst” Cycle following Thirst for Knowledge and Thirst for Meaning. A 3 mana Draw 3 is pretty powerful stuff, and often times, discarding a Basic land is a pretty small downside, so I expect this is going to make some waves.

Wash Away is just a Cancel with upside, but the upside is pretty relevant. The amount of cards in Standard and Historic that aren’t cast from our opponent’s hand is pretty high. I think that this is a pretty solid sideboard option.

Fell Stinger is the kind of card that Black based aggro decks would really love to have. It’s a great blocker that draws us a couple of cards. At worst, it sacrifices itself to draw.

Hero’s Downfall was a great removal spell back in the day and having it back is nice. It saw play, and even a different version of it saw play in Murderous Rider. I expect that we’ll see a full return to this awesome spell in Standard at the very least.

Vampire’s Kiss could be a very interesting card for a burn deck in Historic. It helps solve some of the draw issues that a burn deck could have by giving us blood tokens to loot away extra lands. Sometimes the extra 2 points is all you need.

Abrade is already in the game in Historic, but it’s going to be a pivotal card in Standard. This is a great card to deal with some of Mono Green’s plays, like Werewolf Pack Leader and Esika’s Chariot. This is an all star card for sure.

Cartographer’s Survey is kind of insane. Digging 7 cards deep to ramp from 4 to 6 is great. There’s so many applications for this kind of card. Landfall decks, and general ramp strats are definitely going to want this card.

Mulch is a killer reprint. While it may be luke warm in Standard, Historic could definitely find room for this card. There are some self mill “Dredge” style / reanimator strategies that would love to see this card. Keep an eye on this one.

Sigardian Palain is a cool card for humans decks. We can pretty easily get this a +1/+1 counter with Luminarch Aspirant. It’s a pretty fair card but can definitely get the job done.

Wandering Mind acts like a Collective Conjuring of sorts but with fewer restrictions, but also gives you a 2/1 flyer as well. In any spell heavy deck, digging 6 deep for a spell is a godsend. I expect it to show up in the Izzet Dragons.

Lantern of the Lost

Lantern of the Lost is a pretty great card. It takes the best of Relic of Progenitus and Soul-Guide Lantern and smashes it into 1 card. This is a for sure inclusion in sideboards of non-white decks that just want to deal with the graveyard.

And that’s it! Be sure to stay tuned for our 10 Best Cards for each format, and Limited guides coming out this week so you know what to pick up at prerelease this coming weekend!