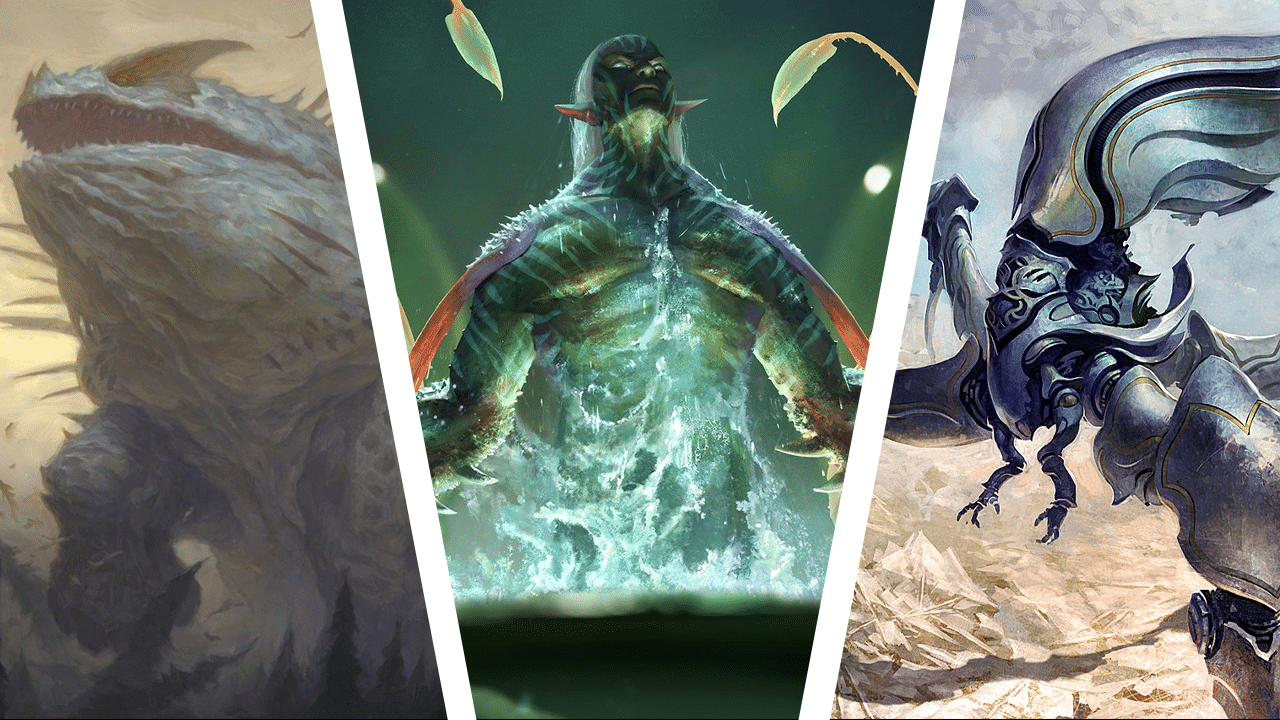 How To Build Modern Neoform Affinity on a Budget

There’s plenty of talk of how Modern is becoming inaccessible and expensive thanks to the release of Modern Horizons 2, but not every deck needs a set of Ragavan, Nible Pilferer in order to become successful.

One viable starting point into the Modern format is Affinity. Even with the banning of Mox Opal, the artifact aggressive strategy now uses inexpensive cards from Modern Horizons 2 to play powerful artifacts ahead of curve. For players new to Modern, Affinity teaches combat, mana efficiency, and offers straightforward options for you to get to grips with the format. It’s an affordable starting point where some of the cards can be port into Pioneer and Pauper if you want to extend those purchases further.

It’s worth noting that budget can vary from person to person, but this budget list is kept as low as possible to help more players get into Modern.

What is Modern Neoform Affinity?

Affinity has been a long-standing feature of the Modern format, it uses cheap artifacts and creatures to offer an aggressive start. Combined with cards such as Cranial Plating you can kill your opponent as early as turn two if they are unable to interact with you. The archetype fell out of favor when Mox Opal became banned in January 2020, but it’s now back and resilient as ever with various win conditions. In the current Modern metagame, you may see a couple of variations of Affinity with the Neoform variant being the most popular at present.

Neoform Affinity plays similarly to traditional Affinity, however with the addition of Thought Monitor and Sojourner’s Companion, it allows you to use Neoform to find Craterhoof Behemoth for the win. You deploy a strong board early on with Memnite and Ornithopter, then use Springleaf Drum to get ahead on mana.

Your Neoform targets aren’t limited to just Craterhoof Behemoth either, you can find Griselbrand to draw a bunch of cards, or Magus of the Future to cast cards from the top of your library. There’s a diverse amount of threats to get you there if you are unable to overwhelm your opponents through traditional means.

However, Craterhoof Behemoth is pricey thanks to their evergreen presence in Commander, so there are alternatives available. As you can see from the list above, Neoform Affinity runs a dedicated Urza’s Saga toolbox which is expensive to acquire if you are new to Modern. However, you can still play Neoform Affinity without these expensive cards but lose some of the raw power you get with these cards.

With this $140 list, it gives you a great starting point to Modern without a significant investment nor does it need a complicated land base to function. Plus, most of the cards are commons and uncommon from recent or reprint sets, making these readily accessible. If you want to go aggressively budget, you can remove the Mishra’s Bauble for a couple of Gingerbrute and Welding Jar to keep the artifact count high.

Your gameplan is the same as with an optimised version of the list instead, you are looking to use End-Raze Forerunners in replacement of Craterhoof Behemoth. While not as powerful, the Boar can be enough to go over given how wide you can go in Affinity. Either way, it’s a decent placeholder until you can acquire the card.

Read More: How to Beat Mono-Green Tron in Modern in 2021

With the omission of Urza’s Saga, we’re replacing these with Spire of Industry, Razortide Bridge, and an Island until you can grab the rare from Modern Horizons 2. There are a couple of extra copies of Welding Jar to ensure you can keep your threats alive, and helps pay for various Affinity costs.

To begin with, it’s worth picking up a copy of Shadowspear as this is one of the best equipment to run in Affinity. It’s in low mana value, can be found off an Urza’s Saga and offers trample which is important. A lot of your creatures don’t come with any keywords but they’re big in terms of power, so Shadowspear allows you to connect with the opponent.

The sideboard can be upgraded over time too, primarily you’ll want Etched Champion and Ethersworn Canonist to offer resilience in games two and three. Sideboards often vary depending on the local metagame, but these two cards in particular are so good in Affinity they’re worth running either way. Then, you’ll want to pad out the rest of your sideboard with countermagic and removal. If you do acquire Urza’s Saga, picking up Soul-Guide Lantern and Pithing Needle would be the next step as these are excellent targets for the Enchantment Land.

Even without Mox Opal, Affinity is back and better than ever, plus it’s cheap and easy to pick up if you are looking to jump in Modern!