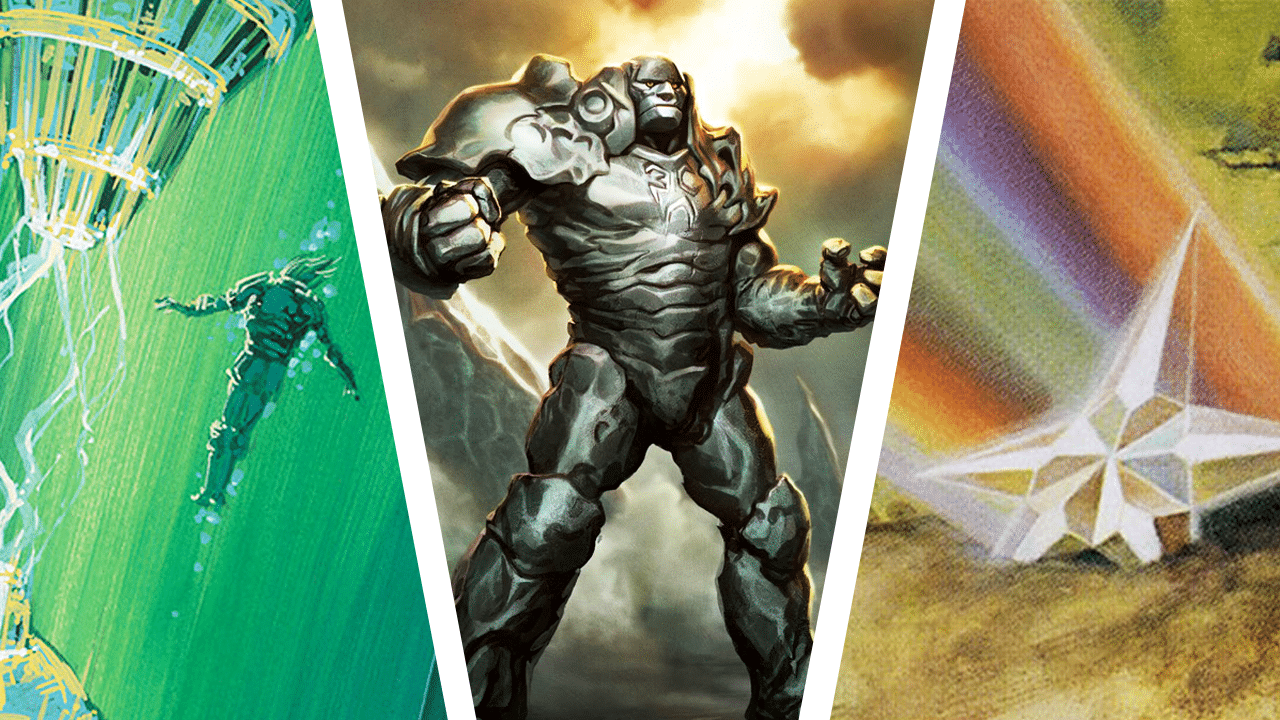 How to Beat Mono-Green Tron in Modern in 2021

Modern is a broad and diverse format, but often we see staple archetypes that become the backbone of the format. One of those is Mono-Green Tron which often stirs plenty of discourse amongst players as it’s frustrating to play against but becomes a delight if you decide to pilot it.

If you want to get good in Modern, knowing what you are playing against gives you a better understanding of how to beat those decks. With Modern being so vast, having that format knowledge allows you to use cards optimally, as well as finding different tools against certain archetypes. Fortunately, there are plenty of tools to deal with Mono-Green Tron.

What is Mono-Green Tron?

Hailing from the days of Extended, Tron uses Urza’s Mine, Urza’s Power Plant, and Urza’s Tower to power out powerful threats. When having one of each of these Urza lands out, you have the option to cast a seven mana spell as early as turn three. Usually, you see Karn Liberated as the ideal turn-three play. It goes further, this is ideally followed up with Ulamog, the Ceaseless Hunger which is enough for you to concede. It’s not just Karn and Ulamog that are issues, Wurmcoil Engine can be backbreaking against aggressive decks, and Walking Ballista can pick off small creatures.

Since Extended is no more, Tron is a mainstay of Modern and has remained a strong option since the introduction of the format ten years ago. Admittedly, it can be quite frustrating to play against since their gameplan is not only resilient but very straightforward at the same time. There’s nothing more frustrating than your Tron opponent drawing into ‘Natural Tron’, or being able to find what they need at the right moment. Since War of the Spark, Karn, the Great Creator allows a better game one since your opponent can find an artifact card they need to shore up against your deck. Whether it be an Ensnaring Bridge to stop you from attacking, or a Trinisphere to prevent you from comboing off, Tron is prepared to deal with whatever comes their way.

The Goal of Mono-Green Tron

If you ever encounter Mono-Green Tron in Modern, the opponent’s decklist will be something similar to this.

Sometimes, you may see a Jegantha, the Wellspring as a companion as it’s free within the list, but don’t expect to see a Walking Ballista in the mainboard if so. The goal for Tron is to deploy these Urza lands through using Expedition Map, Ancient Stirrings or Sylvan Scrying to find these, then cast haymaker threats to get on the board. It may seem a simple approach, but it’s one that’s powerful and can get through a lot of hate if needed.

On occasion, you’ll see different variations on Tron with Gruul, Selesnya, and Mono-Blue being the other options. But for consistency, Mono-Green Tron is the preferred option as players want a clean mana base since the Green is for your tutors. It’s the cleanest, most consistent, and most successful variant of Tron – so expect Mono-Green when jamming games of Modern.

How to Beat Mono-Green Tron?

Now you know what to expect and their game plan, how do you go about beating the menace of Modern?

As Tron cares about using their lands for maximum value, attacking their land base is a surefire way to slow things down. Spells such as Pillage are great at removing an Urza land, allowing you to get ahead while the Tron player has to recalibrate their turn. Often you want to attack Urza’s Tower since this land generates the most mana, but could depend on any other information such as what they revealed off an Ancient Stirrings for example. Other options include Ghost Quarter and Field of Ruin if you want to run some hate in your land base. You can also follow this up with Surgical Extraction to permanently all the copies of an Urza land of your choice, but be careful, your opponent can grab one of these exiled lands off Karn, the Great Creator‘s minus ability.

While it’s all well and good taking them off Tron, you need to follow it up with pressure to close out the game. Mono-Green Tron’s topdecks are very powerful, and them casting an Ugin, the Spirit Dragon on turn eight may be enough. They can still play the fair game even without cheating ahead on mana, and that’s where Obsidian Charmaw comes into the fold. From Modern Horizons 2, Obsidian Charmaw is the ideal card for the Mono-Green Tron match-up. It’s evasive, destroys a land, and is a win condition all rolled into one. In terms of favorable matchups against Tron, Red-based decks often have a great history against the archetype.

There are a handful of archetypes that can put Mono-Green Tron in its place, such as:

As it usually takes a handful of turns for Mono-Green Tron to assemble their ‘combo’, being aggressive as possible is a great way to leverage this. Swinging in with a Monestary Swiftspear or casting multiple Lightning Bolts is more than enough to close out the game. It would put the Tron player on the back foot, forcing them to cast a Wurmcoil Engine, or using Karn, the Great Creator to grab a Chalice of the Void to stay in the game.

Any strategy that is quick out of the gates such a Prowess or Infect, would be an easy win for you. Going further, Mono-Green Tron can struggle against dedicated Combo strategies such as Storm and Ad Nauseam because they have little in the way of interaction. Mono-Green Tron runs a handful of sideboard slots to counter these archetypes, but not enough to keep the Combo at bay. Mono-Green Tron will remain a permanent fixture of Modern for as long as the format exists, but there are plenty of cards to keep it at bay.