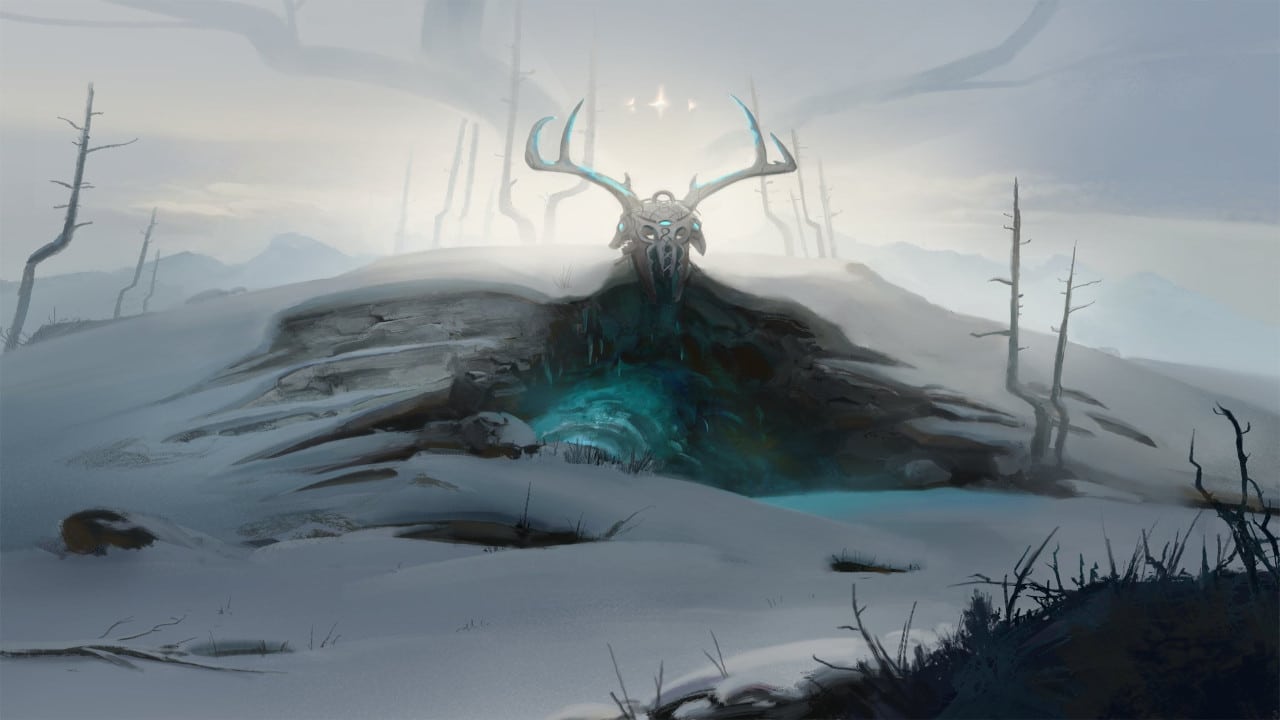 Forgotten Realms MTG Introduces Powerful Combo with the Book of Exalted Deeds. Is it too good?

Adventures in the Forgotten Realms brought with it some incredible new cards. The set as a whole is a bit scaled back on power, but flavor is off the charts. That being said there are some powerful cards in the set, and one of these cards is potentially poised to break Standard 2022. Is The Book of Exalted Deeds combo too good for Standard 2022?

The cards involved in the combo are The Book of Exalted Deeds and Faceless Haven. We turn the Faceless Haven into a creature with all creature types, and then activate The Book of Exalted Deeds’s second ability and put the enlightened counter on our Faceless Haven. Then we simply pass the turn, and never activate the Faceless Haven again. What this leaves us with is an inevitable win condition. Our opponents can’t win the game, and we can’t lose the game, and the permanent that is allowing this to happen is a land. We just wait for our opponent to concede or to draw their entire deck.

This combo, albeit a really cool one, is definitely one that could be a problem, at least for the current Standard 2022 play queues, but potentially for the new standard format in September as well. First of all, in the Standard 2022 play queues, it’s best of 1 queues, which generally means that this kind of strategy often will go without any punishment. This may seem like a minor concern for the moment, but this can have a big impact for the Best of 1 queues when the new standard format rotates in.

The second problem this poses is that this combo is very difficult to deal with once it goes off. Yes you can always stop this combo by destroying the land, but that’s where the issue arises. At this point in time, there’s only 4 cards in the Standard 2022 format that can destroy a land.

Looking at these cards, they’re all red cards, and all generally very narrow in their scope. Honestly a couple of these cards are playable in sideboards, but you have to be playing red. Even if you have these cards in your sideboard, and the opponent lets you draw them, they’ve probably set up more Faceless Havens as back up protection.

READ MORE: These 3 Decks Are Must Try For Standard 2022 On Magic Arena

There’s a few solutions to talk about to solve this problem. The first Wizards of the Coast will need to print some competitive land destruction or counter removal that’s useable across multiple decks in Innistrad: Midnight Hunt. Hopefully this combo was seen well in advanced and Wizards has accounted for this. Ideally, Field of Ruin makes a return and then we should be good.

The second option is a banning in Standard some time in October or November. This gives the format a chance to sort out the issue on its own. In the event that it doesn’t, one of these two cards in the combo could be banned. I think the right call for the banning is Faceless Haven. The Book is still a fine card as it is, and if the 2nd ability is used on a creature, then it’s power drops quite a bit.

READ MORE: This Fact About Commander Decks Weirded Us Out

Hopefully this powerful 2 card combo isn’t enough to break the new standard format from the get go. We’ll know more as rotation hits and the format develops. Have you run into this deck? How are you combating it? Let us know in the comments!