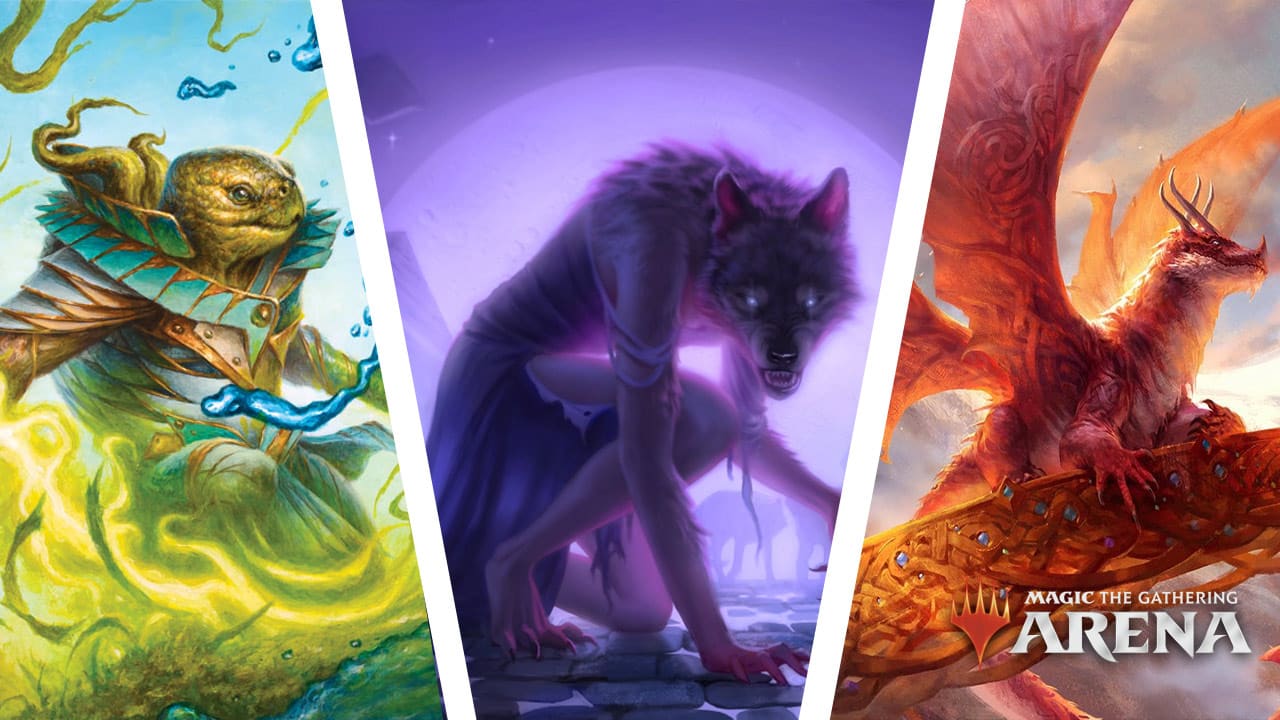 When Adventures in the Forgotten Realms released on Magic Arena last week, Wizards of the Coast implemented the “Standard 2022” play queues. These new queues are designed to give players a test Standard almost post rotation. The sets that are legal in these queues are:

Very quickly, this game mode was met with a lot of positivity! Many pro players and personalities tweeting that they love the change to the format, and that there should be a best of 3 queue implemented, since right now, it’s only best of 1. Jeff Hoogland even decided to host his “Hooglandia Open” tournament this past weekend with the format to a lot of success. I’ve taken a chance to play this format, and here’s the 3 decks that you should be trying out in the Standard 2022 queues

The first deck is Izzet Dragons. This deck is already a power house deck in the current iteration of standard, and a lot of the pieces are still legal post rotation. This control decks looks to play counter magic and removal, and then sticks Goldspan Dragon and Galazeth Prismari to punch in for damage. They close out the game with Alrund’s Epiphany. If you’ve played Izzet Dragons in the current standard, definitely give this one a shot.

READ MORE: Magic: The Gathering Tokens For Adventures in the Forgotten Realms Revealed

The next deck is Simic Ramp. This list was made by Autumn Burchett. This deck looks to ramp pretty aggressively to play some big threats. Iymrith, Desert Doom can be played on turn 4 to start the beat down and keep the board at bay, and you quickly top out at Koma, Cosmos Serpent and Cyclone Summoner. The deck takes advantage of the Learn mechanic as well, which has fallen by the wayside since it’s release. If you like ramp and playing big stompy creatures, definitely try this out.

The last deck we’ll talk about, and the one that I think is the best in the format is Mono Green Aggro. While this deck loses quite a bit of powerful cards from the rotation, it gained a lot from Adventures in the Forgotten Realms. Ranger Class and Werewolf Pack Leader really bring the pain early on. We get to follow that up with some creatures that are definitely a bit above the curve stats wise. This deck breaks a steady stream of power to overwhelm the board very quickly and it doesn’t let up. If you’re looking to play a tournament, or climb the ladder ranks in this queue, I highly recommend that you try this deck out.

The new standard format is shaping up to be really exciting. When we remove the powerful, pushed sets that were Throne of Eldraine, Theros Beyond Death, and Ikoria, Land of Behemoths, the format feels fresh and fun. What’s your favorite deck for this new world of standard? Let us know in the comments!