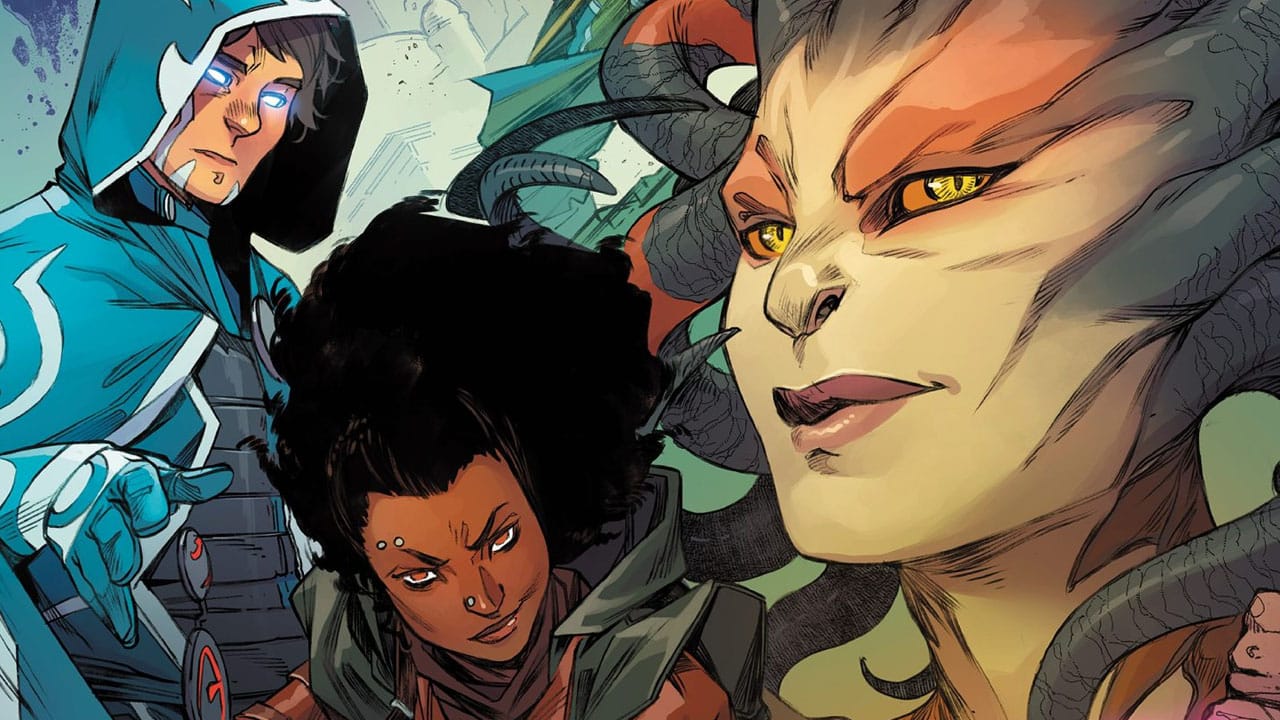 Magic #1, the first issue of the new comic series by BOOM Studios!, is now available to purchase.

The story takes place on Ravnica shortly after the epic battle in War of the Spark, Magic #1 follows three planeswalkers Ral Zarek, Kaya, and Vraska as they are forced to confront dangerous assassins. They travel across the multiverse as they encounter familiar faces in an attempt to find out who attempted the assassination back on Ravnica.

You can acquire Magic #1 at comic stores although there isn’t an option to purchase online, since this was only available as a presale option.

The creative team behind the Magic comic series includes writer Jed MacKay who is best known for his work on Marvel Entertainment’s Black Cat, Taskmaster, and Avengers: Mech Strike. Then you have Ig Guara as the lead artist on the Magic comic series, who has worked with publishers including Marvel Entertainment, DC Comics, and Image Comics, on series such as Ghost Spider, Batman: Arkham Knight, and Rose.

BOOM! Studios will soon offer a unique collector Magic bundle which includes the normal cover, an exclusive variant by Mirka Andolfo, a hidden planeswalker cover, and a blank sketch cover. Magic #2 is scheduled for release in May 2021.

Read More: Strixhaven: School of Mages The College Cup and The Return of MTG Arena Sealed Open are Coming