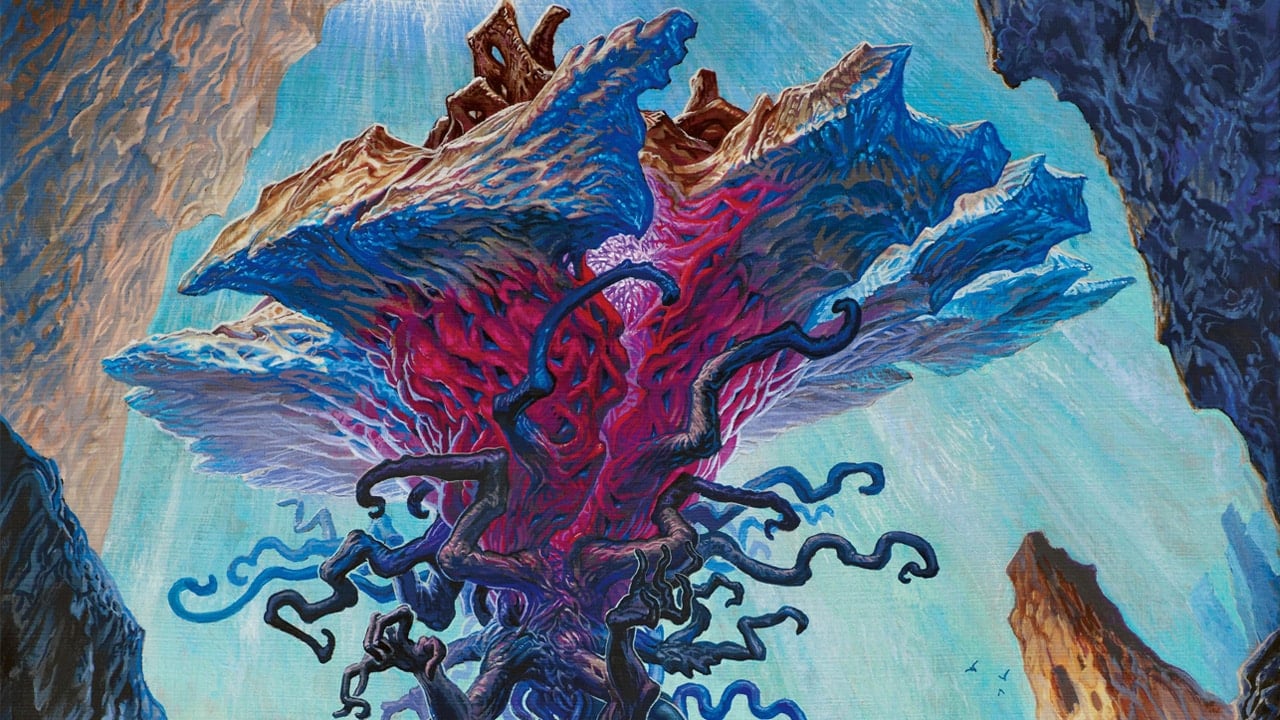 What is Annihilator in MTG?

With the three Eldrazi Titans seeing reprints in Double Masters 2022, Annihilator is, once again, something to worry about. As the hallmark mechanic for Eldrazi creatures from Rise of the Eldrazi, MTG Annihilator is an exceptionally brutal mechanic that’s befitting some of MTG’s most enormous creatures. With the strength to devastate your board if left unchecked, you won’t want to underestimate this rare mechanic.

To make sure you’re not caught out in Double Masters 2022 drafts, here’s everything you need to know about Annihilator in Magic: the Gathering!

What is Annihilator in Magic: the Gathering?

Due to Annihilator being triggered during the declare attackers step, it is tough to deal with. Creatures with protection from colorless won’t stop the effect, nor will Settle the Wreckage. To deal with Annihilator effectively, a player must use a spell such as Disallow that counters activated or triggered abilities or stop the Eldrazi before it attacks.

Annihilator is only found on ten cards, all of which are colorless and one of which is an Aura. Bane of Bala Ged features a similar mechanic that causes permanents to be exiled instead. The strength of the Annihilator ability on currently printed cards varies from one to six.

How to use Annihilator in Magic: the Gathering

As an ability on some of Magic: the Gathering’s biggest creatures, Annihilator practically plays itself. By making attacking with giant creatures even more devastating, players are encouraged to do just that. Despite this brutal simplicity, creating an effective Annihilator deck still requires a little work.

While Emrakul, the Aeons Torn may be banned in the format, Commander is the best place for an Annihilator beatdown. Unfortunately, MTG Annihilator cards don’t come cheap. However, that’s not a problem that ramp can’t solve.

Alongside Commander staple ramp cards such as Cultivate, Eldrazi creatures also get their own unique lands. By reducing the cost of Eldrazi creatures and adding more mana to cast them, Eye of Ugin and Eldrazi Temple are effectively mandatory.

Once they’re down on the field, all you need to do to ruin your opponent’s day is start attacking. From there, things only get better, as if you have It That Betrays, you’ll gain control of sacrificed nontoken permanents.

Will Annihilator return to Magic: the Gathering?

Unfortunately for fans of Eldrazi creatures and this devastating mechanic, MTG Annihilator is unlikely to return in future sets. Magic: the Gathering’s head designer Mark Rosewater has previously stated that Annihilator is a nine on the “Storm Scale.” The Storm Scale is Rosewater’s representation of how likely a mechanic is to return to Magic: the Gathering. This means the return of Annihilator ”would require a minor miracle.”

This high Storm Scale rating is due to the mechanic having a small design space and problematic development that made balancing Annihilator cards difficult. Despite this, Annihilator is viewed as a popular mechanic, with cards subsequently often being reprinted for Modern and Commander-focused sets.

“The mechanic is hard to design, hard to develop, and was miserable to play against. The fact that it didn’t come back in Battle for Zendikar is a big sign saying its chances of returning are low,” Rosewater declared.