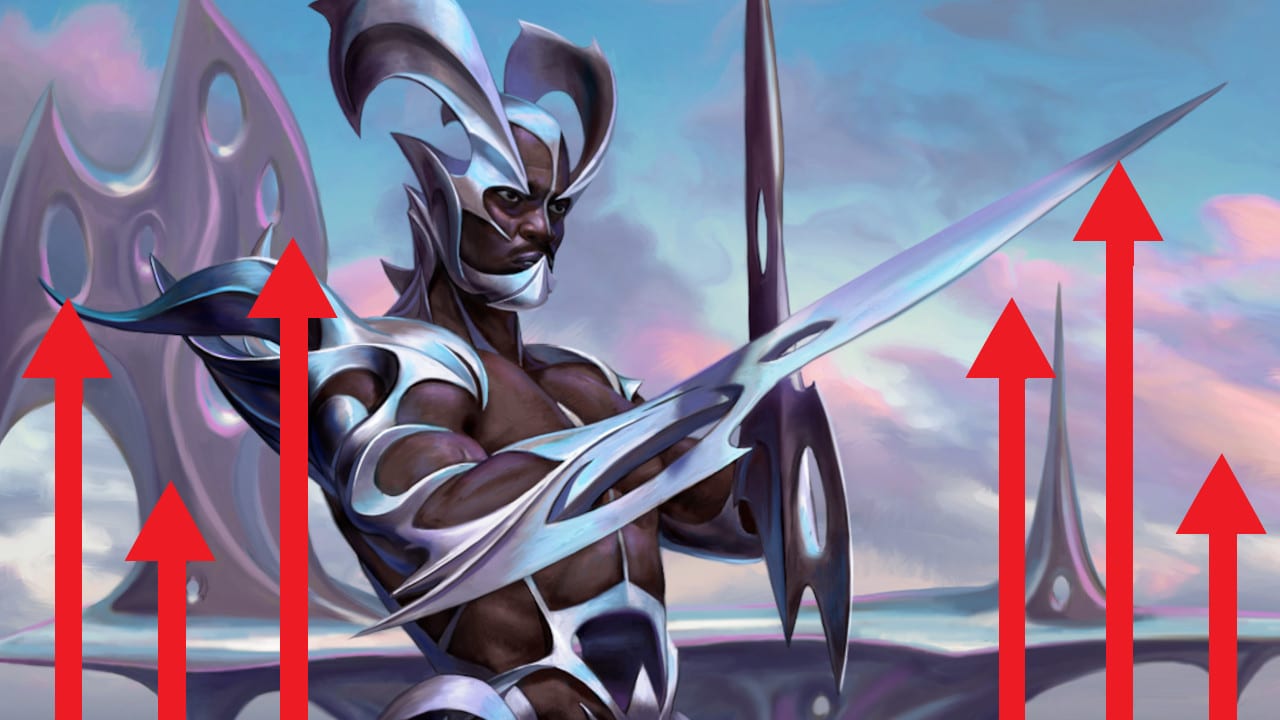 Esper Sentinel is one of many Modern Horizons 2 cards that impacted multiple MTG formats and now it is going up in price.

Taxing effects in Magic: the Gathering make players jump through additional hoops to cast their spells, such as requiring additional mana to be paid, as in the case of Thalia, Guardian of Thraben.

Sentinel is another example of a taxing effect. It puts your opponent in the tough position of either paying extra mana to cast their non-creature spells or allowing you to draw cards.

But perhaps the format where Esper Sentinel shines the brightest is Commander. It’s like the white [tooltip]Mystic Remora[/tooltip], another long-time staple with a taxing effect. If you can play Sentinel early in the game, it can sit on the battlefield and accrue serious card advantage.

Esper Sentinel is approaching $22.00 at the time of writing. While the card was once as low as $14.00, its price has been trending upwards for months now, as you can see in the graph below.

Why Is Sentinel Going Up in Price?

Commander plays a big role in MTG finance. It is the most popular and most played format in all of Magic: the Gathering. If a card is heavily desired in Commander, that card’s price will reflect it.

If you’re playing white in Commander, consider buying a copy of Esper Sentinel for your deck.