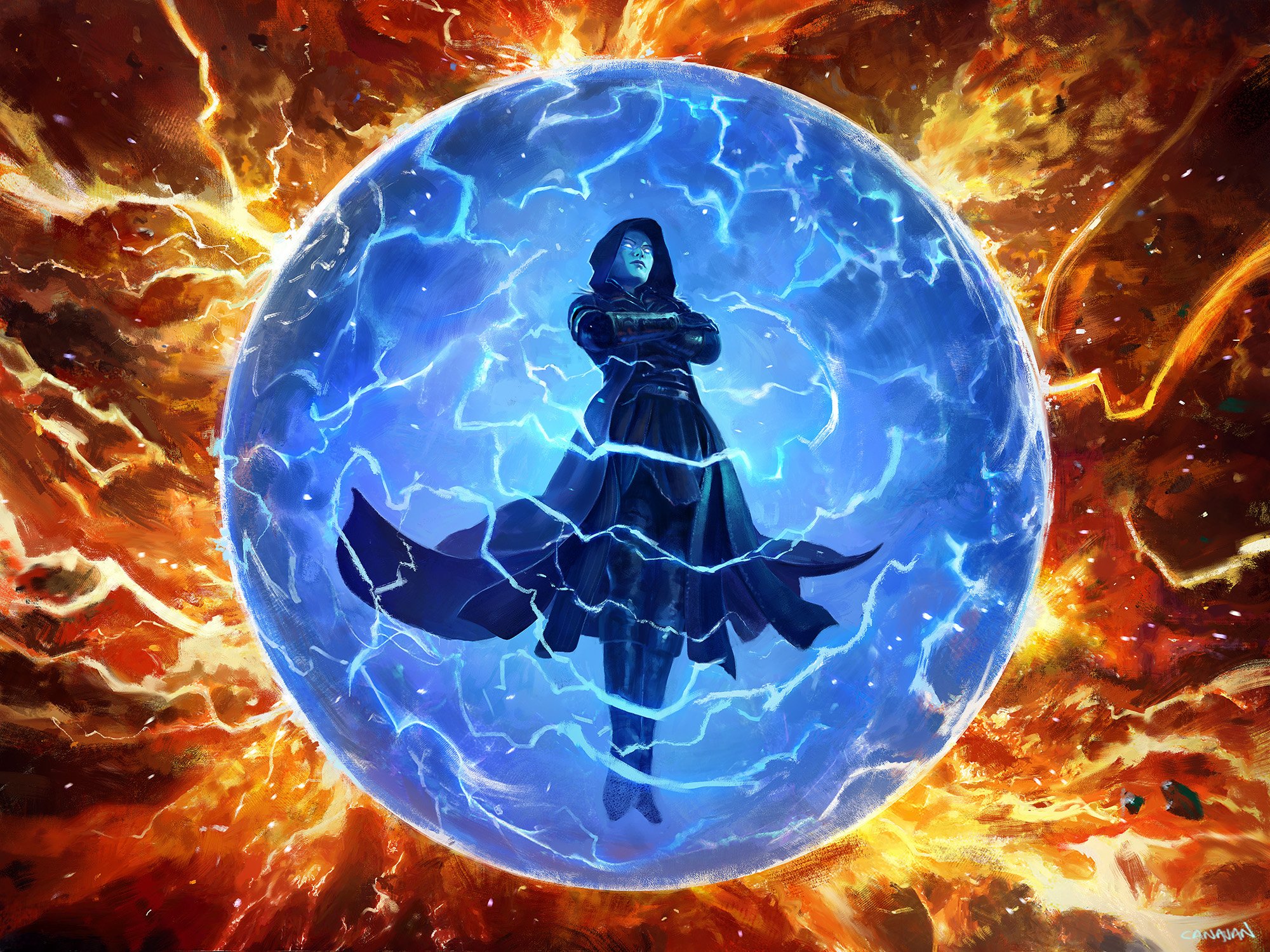 Double Masters 2022 heavy hitters were announced recently. With the set looking a little too good, a new question arises in players’ minds: whether they should be selling their copies before they drop in price. We’ll look at the spicy new MTG constructed staples reprints with a few other goodies and discuss how safe they are in retaining their value.

Announced relatively recently, Force of Negation is getting a reprint with full-art and etched foil treatments. This staple saw a recent reprint in Modern Horizons Two but was unavailable in the base set. Since you could only access unique treatments in Collector Boosters, Force of Negation‘s insane price tag wasn’t affected much by that reprint. For reference, Force of Negation sees play in every format that it’s legal in. It’s a strictly worse Force of Will, but a free counterspell is always welcome in any deck.

In terms of whether this should be sold or not- Force of Negation does have a bit of a supply issue up to this point. As a result, regardless of the demand for the card, it will see a price drop. Multiple constructed formats and Commander players are interested in this card, so there will be a ton of demand for copies. While the price will see an initial drop, given time, Force of Negation will likely recover. Even with this printing, the card should retain a decent chunk of its value. Force of Negation, therefore, is a safer card to keep than other reprints in Double Masters 2022. If you don’t want to hold on to your Forces, selling them now isn’t a bad idea. If you have time, you should keep them.

Another Modern Staple makes its return in Double Masters 2022! This effect is still good in Commander, but better cards are out there for lower prices. Seasoned Pyromancer shares the same reprint pattern as Force of Negation. Both cards were featured in Modern Horizons and saw a premium reprint in Modern Horizons Two. Both of these cards are also seeing etched foil and full art treatment.

Modern players (and Duel Commander) are the only people interested in Seasoned Pyromancer. The card will see a significant drop in price as a result. It may be more appropriate to say that it’s already seen a considerable price drop. Seasoned Pyromancer was worth about $50 before the reprinting was announced. It’s now selling for $20. The time to sell Seasoned Pyromancer may have already passed as a result. If you can still sell your copies for a price closer to their original, get rid of them.

Surgical Extraction has already followed the trend of many Double Masters 2022 reprints and is selling significantly less than it was worth just a week ago. Its $16 price tag is now being sold for $10. Compared to the other cards on this list, Surgical Extraction isn’t worth a ton, so keeping it won’t be as destructive to your cards’ market value. Regardless, as there will be limited interest in this, Surgical Extraction is another decent card to get rid of.

Ok, this one isn’t a constructed staple like the others, but Mana Drain also saw a recently announced reprint in Double Masters 2022. This is arguably the best counterspell in all of Commander and is the best counterspell in casual Commander. As a result, Mana Drain holds a high price tag. This card will have a price drop. Whether that drop remains or not is, obviously, yet to be seen. As secondary market prices are already dropping, selling your Mana Drain ASAP can fetch a better price than what will be seen in the next little while. This reprint is very recent as of the writing of this article, so not every store will have properly adjusted prices. If you can’t sell it for something decent, just keep it. Mana Drain is likely to see a resurgence in price because of how good it is in Commander.

For the most part, everything in Double Masters 2022, outside of premium full-art printings of cards, will see a significant price drop. This is especially true for cards that only see play in one place, like Thrumming Stone. This set looks incredible, and the marketplace is preparing for a flood of product. Holding on to Double Masters 2022 Sealed product may be the best financial move you can make with this set. Resisting the temptation to open these boxes is pretty tricky, so this likely will not stick with many in practice. For those who wait, these boxes may be worth a lot in the future.