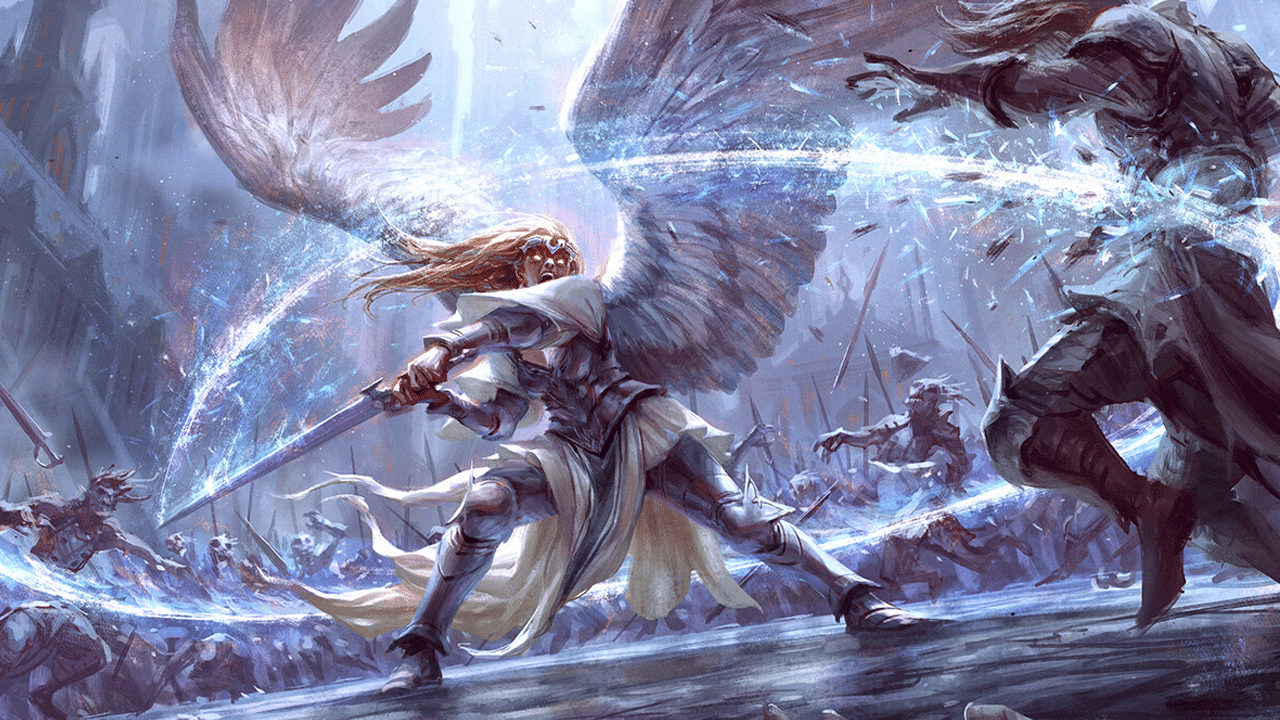 Can We Please Get Commander Products In MTG Arena?

MTG Arena has finally introduced 100-card Historic Brawl, and it’s great. Having access to what is effectively Commander in MTG Arena is something that people have been clamouring for, so it’s nice to see it finally appear in this peculiar form.

It is, however, lacking in a lot of cards most people would want to see in the format, but adding in literally every card in the history of MTG is going to take some time. However, it doesn’t have to be every card that gets added, at least not at first, and we have some ideas.

So, you know those pre-cons?

We understand that bringing in old cards is extra work, and it’ll impact Historic as a whole. Even though we’re not really sure what to make of Historic since the introduction of digital-only cards and a heap of additions from Modern Horizons 1 and 2, but hey, that’s not what we’re talking about here.

We are, however, certain that the Commander cards in the pre-cons could probably be added in, even if you only allowed them to be playable in the 100-card Historic Brawl queue. Surely they wouldn’t cause too much chaos there, right?

What if you just brought those into MTG Arena as well? Ideally starting with this year’s batch. We’re not even that bothered about older ones, but there are plenty of really cool mechanics that feel a little bit unloved in MTG Arena. Take dungeons, which we clearly love, and how they’d be improved by adding in the Esper Commander that the deck needs to really shine.

While we’re wishlisting stuff, could we also look ahead at what’s to come?

Next year brings the next Commander Legends set, Commander Legends: Battle for Baldur’s Gate. This will be the second crossover set with Dungeons & Dragons, which is way sooner than we were expecting, but will also be another good chance to introduce a bunch of cool cards into the MTG Arena ecosystem, not to mention letting people draft the set in the client digitally, which can only be a good thing.

We acknowledge that there is an issue with this wish, because there’ll be a focus on multiplayer in the set that won’t be repeatable in MTG Arena, because Wizards doesn’t love us enough to give us multiplayer there. Alright, it’s probably nothing to do with love, but it’s hard not to feel a little neglected when craving violence against multiple friends at once, you know?

Okay, maybe some other stuff

You know what? We may as well just go to the bottom of this rabbit hole while we’re here. Obviously, it would then also make sense to add in the other Commander Legends set, and maybe there could be a focus on getting other spin-off sets like Conspiracy and Battlebond into MTG Arena as well, as all of these would help heavily flesh out the options available for Commander players.

We’re not trying to seem ungrateful here, but given the frankly obnoxious amount of money MTG Arena makes, we’re pretty sure asking for what we want is fair. Introducing these “proper” Commander cards into the ecosystem would do a lot to entice more people into the game, but it would also allow people to experiment with cards and combinations in a more visually appealing setting than MTG Online, but still from the comfort of their own home.

While we’re at it, can we actually get multiplayer in at some point? There are some cards that specifically read “target opponent” in the client that requires you to actually choose your opponent. As it stands, you can only have one opponent, so all this does is make you click something needlessly. This suggests that there must be some kind of framework in the client somewhere for more than one opponent, and that means there’s got to be multiplayer hidden away somewhere in MTG Arena, and we want access to it. Anyway, that’s probably the end of this particular wishlist.

What do you want to see when it comes to older format support in MTG Arena, and what are your thoughts on the ever-changing Historic?