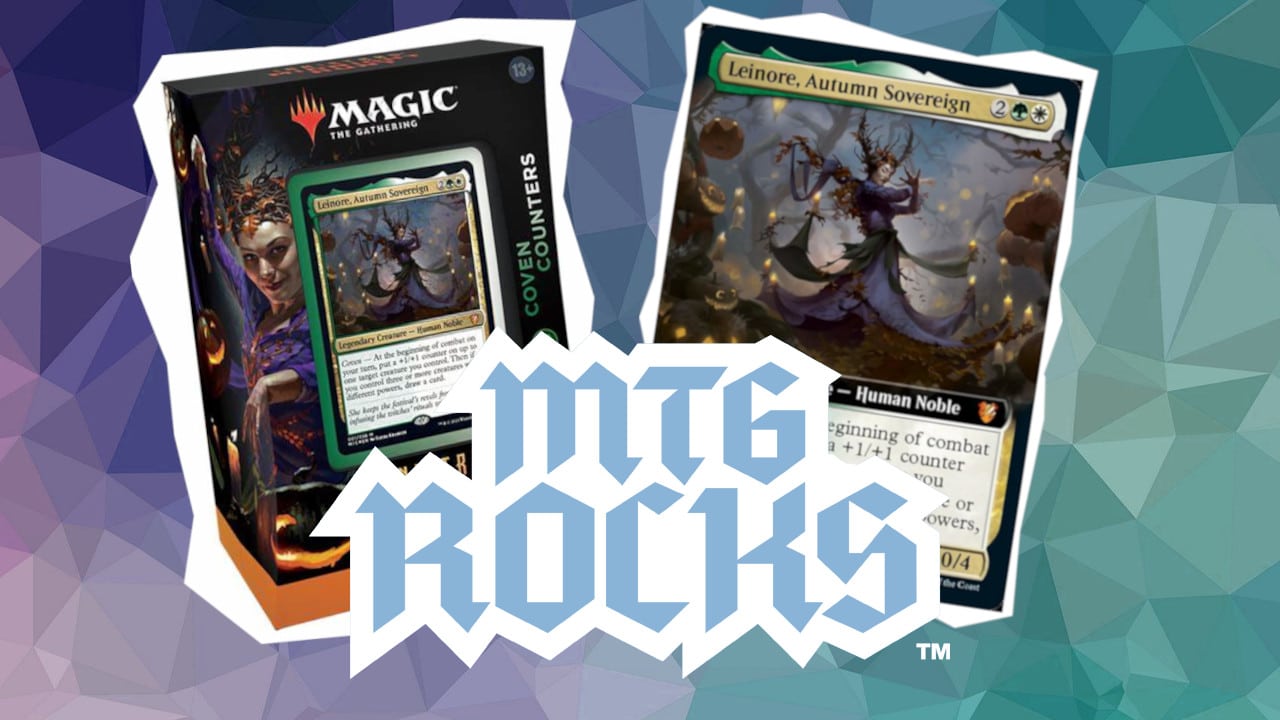 Two preconstructed Commander decks are being released alongside Innistrad: Midnight Hunt. One is zombie-themed, and the other focuses on +1/+1 counters and humans. These decks are meant to be playable out of the box, but there are a lot of ways they can be upgraded too.

This article is going to take a look at Coven Counters featuring Leinore, Autumn Sovereign as its commander. This deck is meant to showcase the debut mechanic from Innistrad: Midnight Hunt called “Coven”, hence the name of the deck.

Out of the box, Coven Counters has two themes, humans and +1/+1 counters. Because the Coven ability is all about manipulating your creature’s powers, this upgrade guide is going to focus on upgrading the +1/+1 counter aspect of the deck with both budget and non-budget recommendations.

Proliferate is perhaps one of the best abilities to add to the Coven Counters deck. It does everything our deck wants to do. It can manipulate the power levels of our creatures (you don’t have to add counters to every permanent you own, just whichever ones you chose). And it will generally make all of our counters bigger.

Karn’s Bastion is a must include in +1/+1 counter decks as you get access to the proliferate ability from a land! And it lets you proliferate every turn.

Hamza will enable the Coven Counters deck to make some seriously crazy plays. As long as we have +1/+1 counter on four creatures, it will only cost only two mana. Then, as long as it is on the battlefield, it will discount the cost of all other creatures we case. This can discount the commander tax of Leinore, Autumn Sovereign, and other big creatures.

Animation Module does two things that Coven Counters wants access to. It makes small creatures every time we place +1/+1 counters on our permanents, which can ensure the Coven ability has a variety of power levels on the field. It also adds more counters to our permanents to manipulate and grow all of our creatures to new levels of power.

Cathars’ Crusade will make sure that all of your creatures enter the battlefield with +1/+1 counters. Not only that but it will power up your entire squad whenever that happens. This can allow for some massive plays.

It’s worth mentioning that this card also goes infinite with Scurry Oak and Herd Baloth, both budget cards that would make a great additions to this deck.

Walking Ballista is a mainstay in many formats. As long as it has +1/+1 counters, it can output a steady stream of damage. And that’s what our deck is all about.

It is worth noting that Walking Ballista can create infinite damage and infinite life gain when paired with Heliod, the Sun-Crowned, another worthwhile inclusion in the Coven Counters deck if you have other coincidental life gain effects.

Esper Sentinel was regaled as a Commander powerhouse when it was released in Modern Horizons 2. It’s a low mana-cost creature that can let you draw cards (and in mono-white).

Coven Counters is the exact kind of deck where you can make the most of Esper Sentinel’s ability via easily raising its power. It also has the added benefit of being a human, in case you want to lean into that theme of the Coven Counters deck.

Sword of Truth and Justice

In Coven Counters, our goal is to build up counters across our creatures. But let’s get greedy. Let’s add more. Proliferate is the perfect ability to pair with +1/+1 counters (and counters of any kind), as it lets you give permanents with counters more instances of those counters.

Sword of Truth and Justice lets you do this every time a creature deals combat damage. It is the perfect way to manipulate the powers of your creatures to ensure Coven is active each turn.

+1/+1 counter-strategies can sometimes feel like you’re putting all your eggs in one basket. If you invest heavily into powering up one creature, only for your opponent to kill in with something like an Infrenal Grasp or wipe your board with a Wrath of God, that’s a massive disadvantage to be in.

Luckliy, The Ozolith has got you covered. Anytime a creature with a counter leaves the battlefield, the counters it had are instead placed on The Ozolith for you to redistribute at the start of combat.

Token doublers are some of Magic players’ favorite Commander cards. Why get one instance of an effect when you can get it twice? That’s why Vorinclex is a great addition to the Coven Counters deck.

The Phyrexian Praetor doubles all of the +1/+1 counters you’ll want to be adding to your creatures with the added benefit of halving any counters your opponents want to place.

Vorinclex also taxes opponents’ counter-strategies. It is particularly effective against opposing Sagas as we’ve seen in the Standard format, (their lore counters can never progress while Vorinclex is on the battlefield), and severely dampens the potency of your opponents’ Planeswalkers.