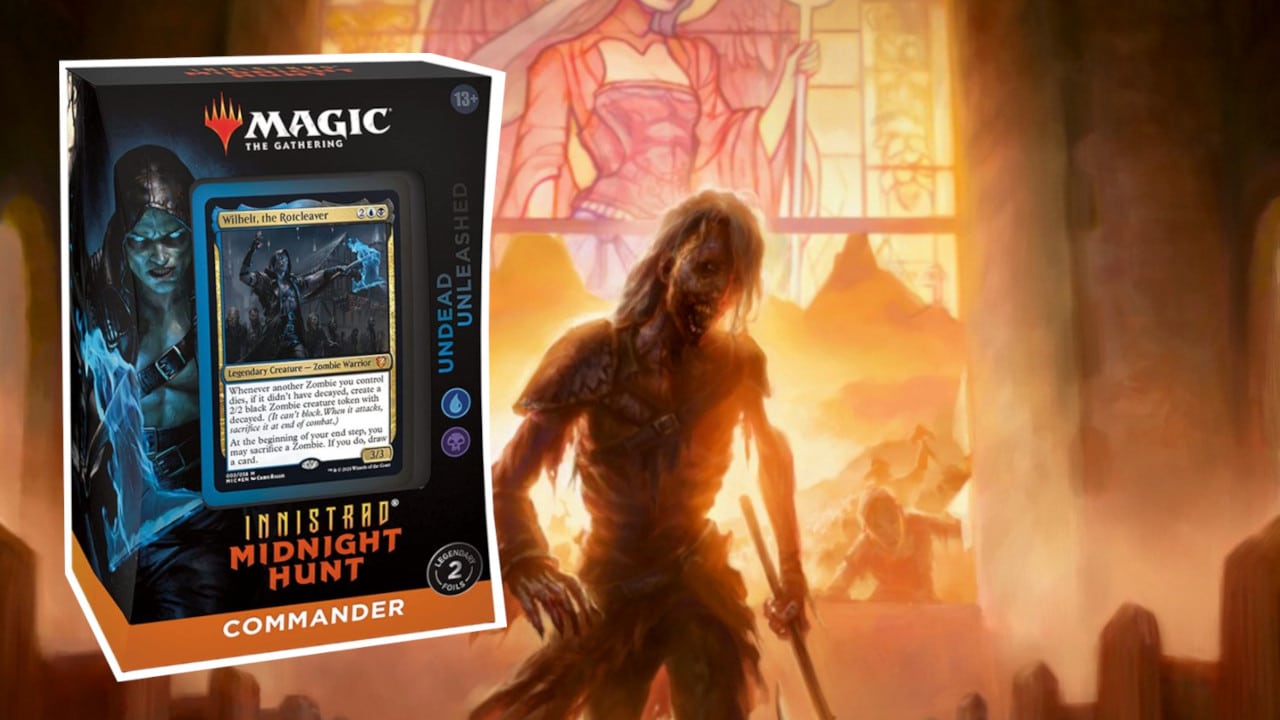 Two preconstructed Commander decks will be released with the launch of Innistrad: Midnight Hunt. One is focused on humans and +1/+1 counters. The other is all about zombies. This article is going to focus on the blue-black (Dimir) Zombie deck with Wilhelt, the Rotcleaver as its commander.

For the purpose of this article, we will be looking at some of the all-around best options you can upgrade your zombie Commander deck with no budgetary restrictions. That means these cards are generally going to be around $10.00 or more.

The best part about playing zombies is that it is okay if your opponents kill them. You can always reanimate them later. But there are some key zombie creatures that you’re going to want to stick around. That’s why Zombie Master is so good. It can protect your general Wilhelt, the Rotcleaver.

Zombie Master has risen in price over the last several months, possibly in anticipation of the two Innistrad sets to be released in the fall. The cheapest version of this card is its 4th edition printing, which is currently around $8.00-$10.00 for a lightly played copy. But as a staple to most zombie Commander decks, and with the release of Undead Unleashed, Zombie Master will likely see an increase in demand.

Mikaeus, the Unhollowed is perhaps best known as a combo enabler. With Mikaeus on the battlefield plus a sacrifice outlet like Phyrexian Alter (another worthwhile pick-up for any zombie deck), Mikaeus can infinitely bring back creatures with the Persist ability like Putrid Goblin. It also goes infinite with Triskelion alone.

These are easy combos to include in the Undead Unleashed deck, while at the same time, letting Mikaeus also serve as protection for Wilhelt, the Rotcleaver and other non-Human creatures.

The Scarab God is a sticky, zombie-making engine. It is often the head of many Dimir Commander decks, but is a worthwhile inclusion for the Undead Unleashed Precon deck too. It doesn’t have to go in zombie dedicated decks, but if it does it works even better, as each upkeep, you can scry equal to the number of zombies you control and deal damage to each of your opponents.

The best part about The Scarab God is that it can effectively reanimate any creature from any graveyard and turn them into zombies. This is just more fuel for Wilhelt.

Liliana, Heretical Healer should be pretty easy to transform in a Wilhelt, the Rotcleaver deck. When you do it comes with a zombie token to synergize with Wilhelt as well as her planeswalker form, the Defiant Necromancer.

Her planeswalker side will do everything you want in the Undead Unleashed. It fuels your graveyard while simultaneously forcing your opponents to discard. It reanimates creatures from your graveyard. And if you can manage to use her ultimate ability, all of your zombies will be crawling out of their graves for the rest of the game.

Relentless Dead, like Zombie Master above, is another card that saw some price movement in anticipation of our return to Innistrad. It’s currently about $16.00-$17.00 but for good reason.