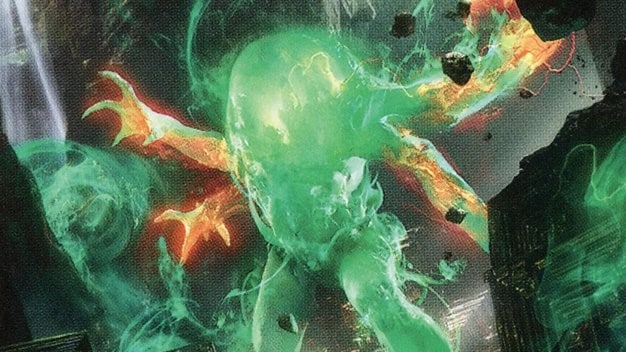 Making Commander decks can be tiring work. There are so many ways to begin building one that it can almost be too daunting to start. Thankfully for you, we’re on a quest to list some of the best starter commanders around.

Our picks so far have all had fairly low mana values though, so we decided it was time to go big. We’re talking really big too, as this time around we’re talking about a seven mana monster that spits out other monsters with ease. We are, of course, talking about Omnath, Locus of Rage.

Omnath, Locus of Rage, is a seven-mana red and green 5/5 that deals three damage to any target whenever it or another Elemental you control dies. Alongside that, it also creates a 5/5 red and green Elemental token whenever a land enters the battlefield under your control.

The only real way to build this version of Omnath is to double-down on both the Elemental tribal aspects, and also make sure you give due attention to landfall too. However, you can also power the deck up by adding in ways to kill off your own creatures to deliver the finishing blow.

So, we’re going to look at cards that fit into each part of that, and then you’ll have a good starting point for your nice new deck.

Living Twister is an excellent inclusion not just because you can pay two mana to shock something, but because you can return lands back to your hand, which allows you to play them again. The likes of both Phylath, World Sculptor, and Avenger of Zendikar allow you to gain a huge amount of tokens with ease, and then buff them whenever you play a land. Multani, Yavimaya’s Avatar is another Elemental that not only gets huge, but also allows you to return lands back to your hand, and can be recast as a result. Thicket Crasher is an Elemental Rhino, which is cool, that also gives other Elementals you control trample. Then there’s Bane of Progress, which destroys all artifacts and enchantments upon entering the battlefield, which is great when you’re against equipment or pillow fort decks. Nyxbloom Ancient is a seven-mana 5/5 that triples any mana you make, which is frankly absurd beyond reason. Finally, Ancient Greenwarden is a six-mana 5/7 with reach that not only lets you play lands from your graveyard, but also doubles any landfall triggers you have too. Speaking of which…

Druid Class gives you life when you play lands and lets you play an extra one each turn, and you can make one of your lands into a beast. Dryad, of the Ilysian Grove lets you play an extra land each turn and makes each land into every basic land type too. Azusa, Lost but Seeking allows you to play extra lands each turn too. Mina and Denn, Wildborn also do that, but allow you to pay two mana to put a land back in your hand and give a creature trample too.

Then you’ve got Rampaging Baloths and [tooltips]Zendikar’s Roil. Both of these cards make creature tokens whenever a land enters the battlefield. That should be happening a lot if you’re using all of the cards we’ve mentioned so far. Also, the ones Zendikar’s Roil makes are Elementals, which is huge. The thing is, you need a way to kill off your Elementals in a pinch.

Both Blasphemous Act and Chain Reaction are damage-based board wipes. This is great because if you can kill off your Elementals in one big swoop, you can deal a huge amount of damage thanks to Omnath’s special ability to bolt things.

Then you’ve got Evolutionary Leap, which lets you pay one mana to sacrifice a creature and draw your next creature, which is a great card in its own right anyway. Finally, we’ve got Perilous Forays, which allows you to sacrifice a creature to put a basic land into play tapped. That means you don’t even really lose the creature thanks to landfall. Wow, that’s a lot of value, eh?