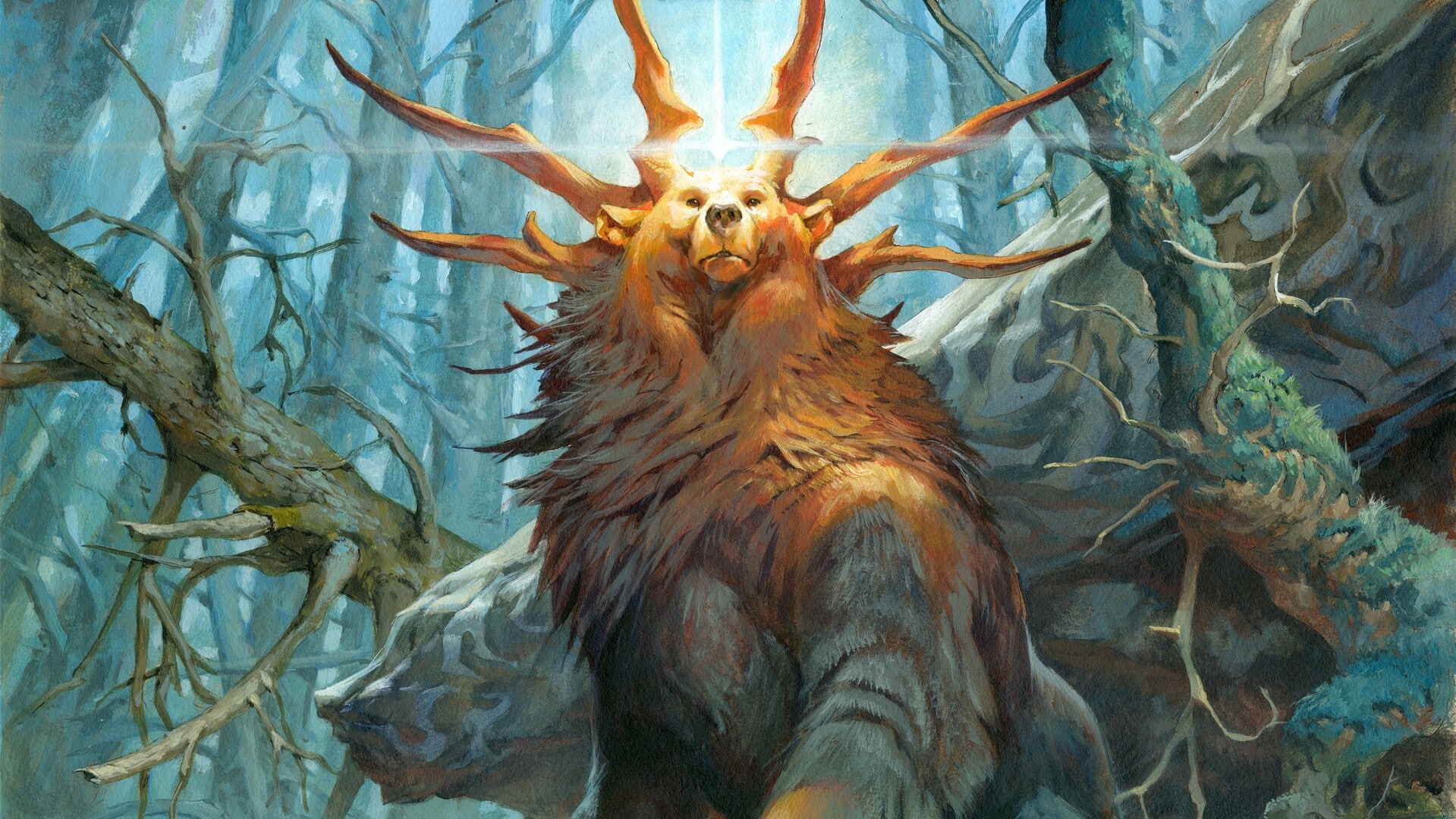 Did you know that MTG originally started off as a game that could have creatures without special abilities in it? It’s a little strange to think about now, given that even the most basic monster has a wall of text on it, but it’s true.

In fact, it was the case so often that any creature that only cost two mana and was a 2/2 tended to be a Bear. It’s why there are cards referred to as hatebears that aren’t well, ursine in nature. Anyway, let’s talk about Ayula.

Ayula, Queen Among Bears, is a two-mana green 2/2. Whenever another bear enters the battlefield under your control you can either put two +1/+1 counters on a target bear, or you can have a Bear you control fight a creature you don’t control.

So, the aim here is really simple; we’re gonna play Bears. The good thing about this is that you don’t have to spend much money on most of the cards, because while everyone loves Bears, they’re not often very expensive because they’re just very vanilla.

So, with Ayula at the helm, let’s take a look at the cards we want in the deck. You know, other than just searching for Bears and putting them in. Although that’s a perfectly valid way of doing this, we won’t judge you if you just do that.

Before we get to the actual bears, it’s worth making sure you have both Metallic Mimic and Adaptive Automaton. Both of these are creatures that can become Bears and will then buff other Bears as they come in, or just in general. Hooray! Kamahl’s Summons is another good not bear that allows players to reveal creature cards from their hands to make some Bear tokens.

Finally, as we’ll be making our Bears as strong as possible, there’s also Goreclaw, Terror of Qal Sisma. Goreclaw makes your creatures with four or more power cost two less to cast, but also gives them +1/+1 and trample until the end of the turn whenever it attacks.

Aside from Unnatural Growth, which should be in every green deck, we’ve got four picks for support cards. First up is Yeva, Nature’s Herald, which allows you to cast your green creatures as though they had flash. Instant speed Bears should be feared, and we love it.

Ayula’s Influence can also grant more instant speed bears, because this three-mana enchantment lets you discard land cards to create 2/2 bear tokens. That means yet more buffs and fights as you choose. Rhonas’s Monument is a three-mana artifact that makes your green creatures cost one less to cast, but also allows you to make your creatures bigger too.

Finally, Foe-Razer Regent is a seven-mana 4/5 Dragon with flying. It reads, “When Foe-Razer Regent enters the battlefield, you may have it fight target creature you don’t control. Whenever a creature you control fights, put two +1/+1 counters on it at the beginning of the next end step.” This means you can really go all-in on fighting things and then just grow as a result of it, which is wonderful.