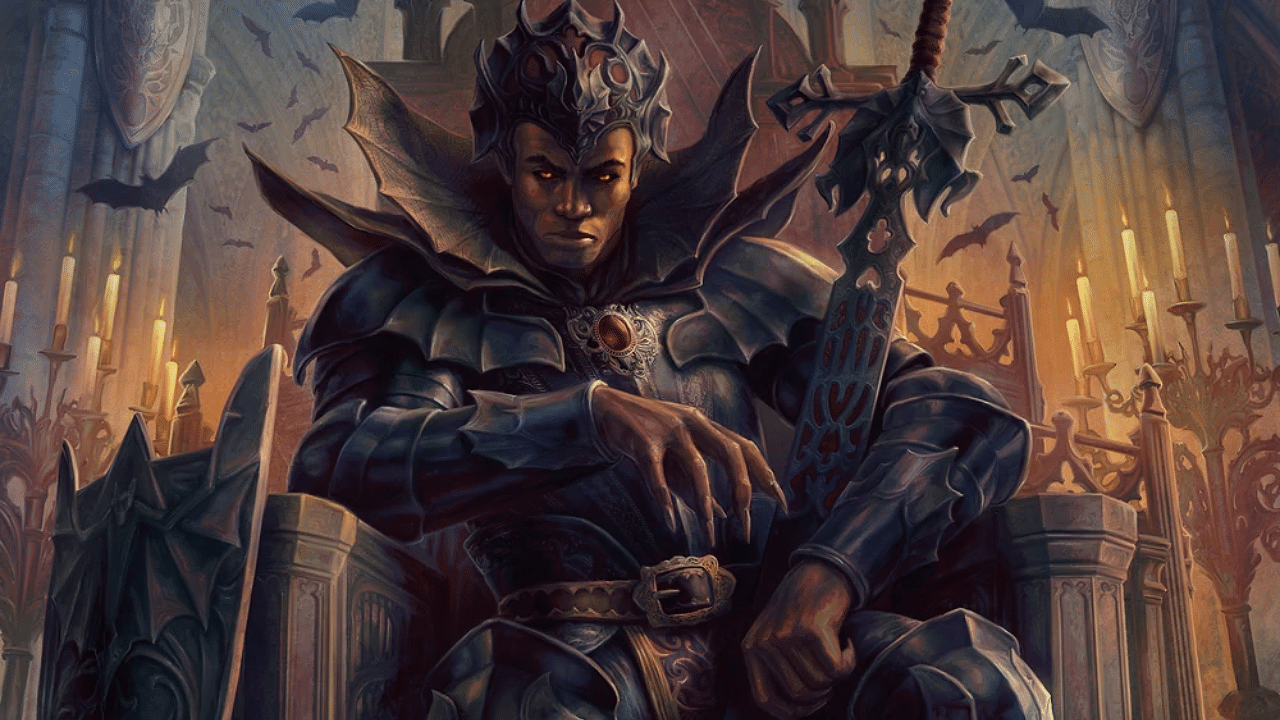 Timothar, Baron Of Bats Has An Exceptionally Cool Design

Magic: The Gathering is great at taking myths and legends from the real world and giving them cards in the game. Sometimes it’s as simple as just having a knowing reference, like the Gingerbrute, who is a play on the Gingerbread Man who can’t be caught because they’re too fast.

Other times, it’s a lot more involved, like the incredible Haktos the Unscarred, who is a clear representation of Achilles, with a unique weakness and infinite strength aside from that. It’s this aspect that made Adventures in the Forgotten Realms such a compelling set, and it’s also this aspect that has us madly in love with the design of Timothar, Baron of Bats.

Timothar, Baron of Bats is a new card from the Innistrad: Crimson Vow commander decks, namely the Vampiric Bloodline deck. He’s not the face of the deck, that honor belongs to Strefan, Maurer Progenitor, but he is one of the new legendary creatures in the deck. The deck as a whole is quite good fun, though we’re a little sad it’s not in Mardu colors, but Timothar goes way beyond fun in their design.

For six mana, you get a black 4/4 with ward that means players have to discard a card. That’s pretty good, but they’re great because of the really long and consulted ability they have. “Whenever another nontoken Vampire you control dies, you may pay one mana and exile it. If you do, create a 1/1 black Bat creature token with flying. It gains “When this creature deals combat damage to a player, sacrifice it and return the exiled card to the battlefield tapped.””

In essence, this has you Vampires turning into bats, hitting opponents, and then turning back into their true forms again. We all know that vampires in our lore can turn into bats, but it’s not something we’ve seen done in the design space of MTG, or at least not as well as here. It’s just one very good example of why the game can be so incredibly enjoyable outside of just playing it. It’s hard not to smile when you see a card like Timothar, and it also happens to be a fairly powerful card along with being very flavorful too.