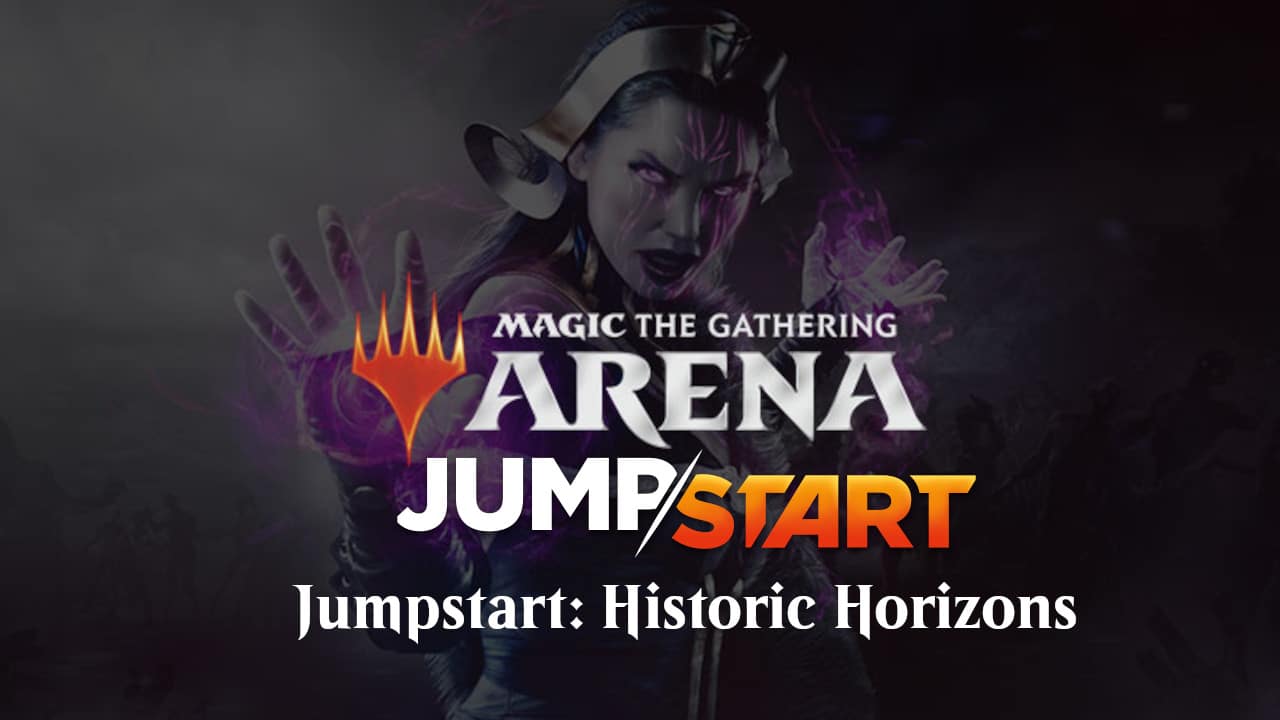 The Historic format in Magic Arena has been in a pretty stagnant state for a good few months. The release of the Mystical Archives has warped the format pretty hard, and the release of Historic Anthology 5 didn’t really have a huge impact. We talked about that it’d be good to have a new Historic release sometime soon, and I truthfully thought that it was going to be Historic Anthology 6. Well today, Wizards of the Coast accidentally posted an article detailing a new Historic set coming to Magic Arena: Jumpstart – Historic Horizons. While the article was very quickly cordoned off from public view, some screenshots were grabbed and once again, @Fireshoes provides us with the goods.

What is Jumpstart Historic Horizons?

Just like the previous Jumpstart set, there will be themed boosters that you choose from to build a limited deck to play with. This time around, they evolve on that process, by having select slots in each packet have a chance to contain an alternate card that fits the pack theme.

As we can see, this is the packet list for the “Animated” packet, and at the bottom there’s a chart. The first column in the chart shows which cards can be replaced with the alternate card picks, then next to is are the percentage odds of seeing that card. Next is the alternate card that would replace the first card, and it’s likelihood of being seen, and in this case, there’s a 3rd card that can be seen for the Burdened Aerialist slot. Two new cards make an appearance here, Ethereal Grasp, and Tome of the Infinite. While we weren’t able to see what those cards were in the overlay previews, we know that those are new since Gatherer doesn’t list those cards at all.

One thing to note here is that there’s no basic lands in these packs, but instead, they’re being replaced with either the cycle lands from Historic Anthology 2, or the “gain lands” from Core Set 2020, so overall the mana in this limited environment should be pretty solid.

READ MORE: Leaked Website Points at Kamigawa As the Next MTG Set, Followed by Dominaria

It goes without saying that this is very exciting stuff here. I’m a huge fan of the Historic format, and I cannot wait to play with Modern Horizons 1 and 2 cards in this crazy format. What are your thoughts on this? Are you excited to battle with Modern Horizons cards in Historic? Let us know in the comments.