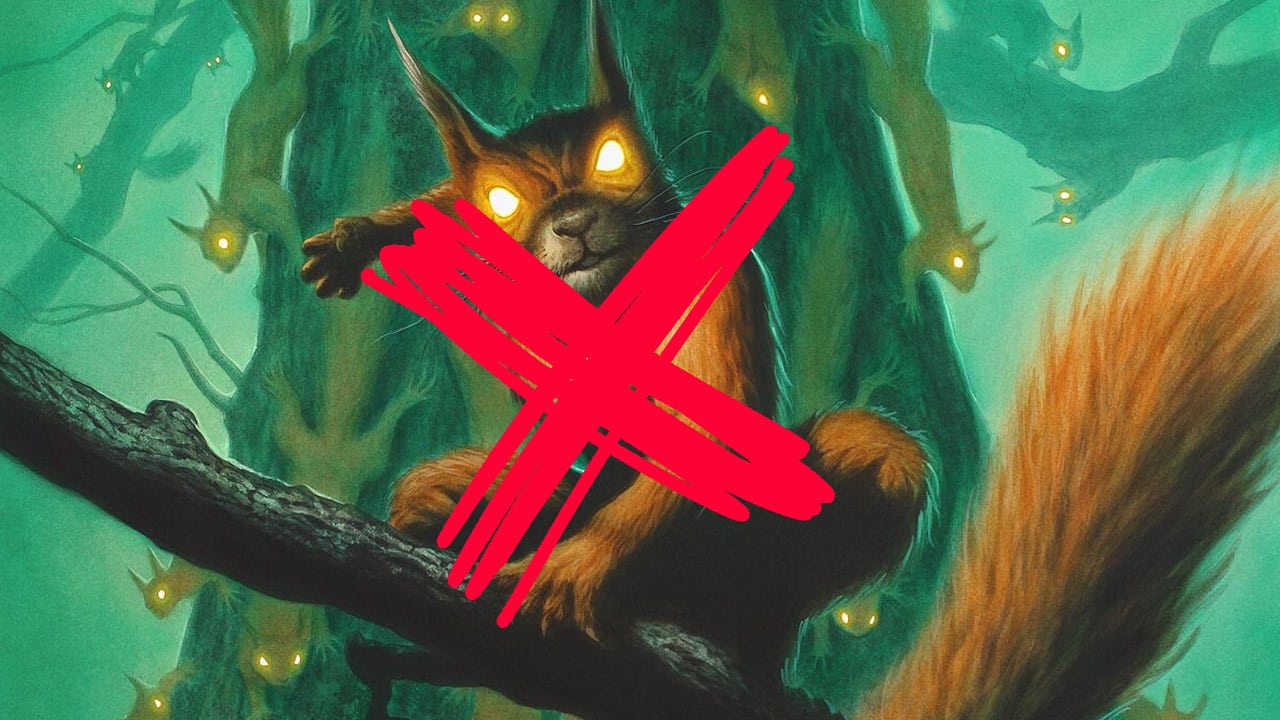 Will Chatterstorm be Banned in Pauper?

Since the release of Modern Horizons 2 on Magic Online, players are trying out new cards to see whether formats can be broken once again.

Like Modern Horizons 1 before it, there are a handful of cards that are warping eternal formats. Urza’s Saga is seeing extensive play in Modern and Vintage, but Pauper has its own issues.

It’s not the first time we’ve seen Modern Horizons have an effect, Arcum’s Astrolabe saw a ban in Pauper in late 2019. This time around, it includes a bunch of Squirrels wrapped in a Storm-payoff.

Read More: What Is Pauper In Magic: The Gathering?

What is Chatterstorm Doing in Pauper?

Chatterstorm lends to the R/G Storm archetype in Modern Horizons 2 Limited but its impact in Pauper is already widespread. While it’s no Empty the Warrens (which is banned in Pauper), the Sorcery is already whipping up a storm in Pauper reshaping the Commons-only format in a big way.

What makes Chatterstorm so powerful is the ability to win on turn two, which is much quicker than other eternal formats such as Modern. By using cards such as Lotus Petal, First Day of Class, and Dark Ritual, you can amass a swarm of Squirrels as early as turn two. For most Pauper decks, this is difficult to keep up. Often you’ll see Affinity have a decent chance against the all-spells strategy, but it’s a tough ask. Even then, decent board wipes are higher costed which puts Squirrel Storm in such a favorable position.

As a result of the consistency and raw power, there is already discourse on whether the card will see a ban in the format. Gavin Verhey (Senior Designer at Wizards of the Coast) already admitted they’re keeping an eye on the card since they are concerned about its power level. Usually, you’ll see Pauper bans happen much later than required, as seen with Fall From Favor from Commander Legends as a recent example.

For those who may be familiar with Storm in Modern and Legacy, this may come as no surprise. But, Chatterstorm is causing issues in a format that is unable to handle it. Pauper may not be the most popular format out there, but it requires the same amount of attention as the rest. It’ll be interesting to see what happens in the upcoming months with Modern Horizons 2‘s release on June 18.