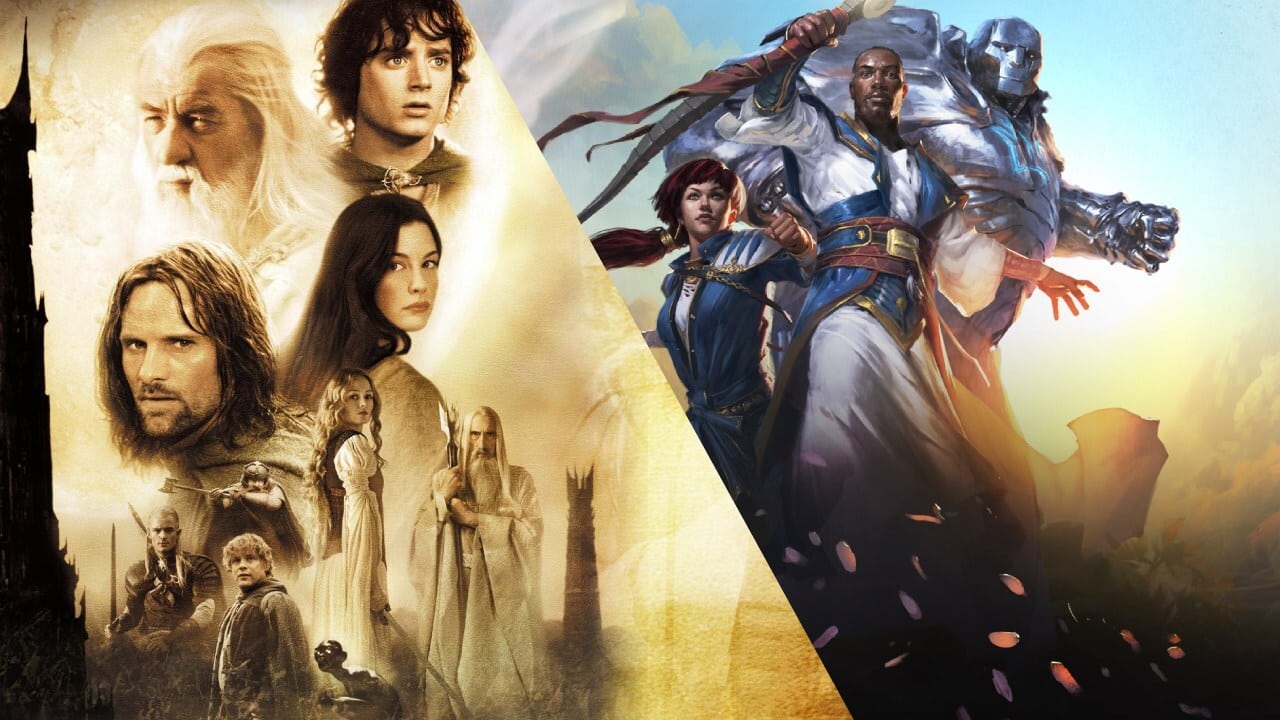 Warhammer 40k And Lord Of The Rings Are Coming To MTG

With the rather controversial The Walking Dead crossover last year and then the altogether far more impressive Godzilla cards, Magic: The Gathering seems to be pulling in some major properties into the multiverse.

Well, according to an article from The Wall Street Journal, it looks like things could be building up even more on that front.

We’re not sure how you personally feel about these kinds of crossovers, but they must be doing well if Hasbro is going to keep investing in them.

Here’s what you need to know.

Warhammer40k and The Lord of the Rings are coming to MTG

With MTG booming at the moment, and board games in general seeing a huge surge last year, it’s no great surprise to see more companies looking to party up.

Well, according to The Wall Street Journal, this isn’t a trend that’s going to stop any time soon, because we’re going to be getting Warhammer 40,000 in MTG, as well as a The Lord of the Rings themed expansion.

These two are huge fantasy properties, and while 40k might look at home fighting something like the Phyrexians, it’s a property we’re struggling to imagine in the world of Planeswalkers. The Lord of the Rings, on the other hand, fits into the high-fantasy of MTG at large perfectly.

What kind of crossovers will these be?

With 40k being a less natural fit, we’re mostly expecting to see a Secret Lair announced as the crossover here.

However, given that The Wall Street Journal reports that we’ll be getting a LOTR-themed expansion, it could well mean we’re getting a full set with crossover cards.

While not knowing is frustrating, the good news is that we should hear more about this later on today during an event that Hasbro is holding.

Read More: Check out these games while you wait for Magic: Legends