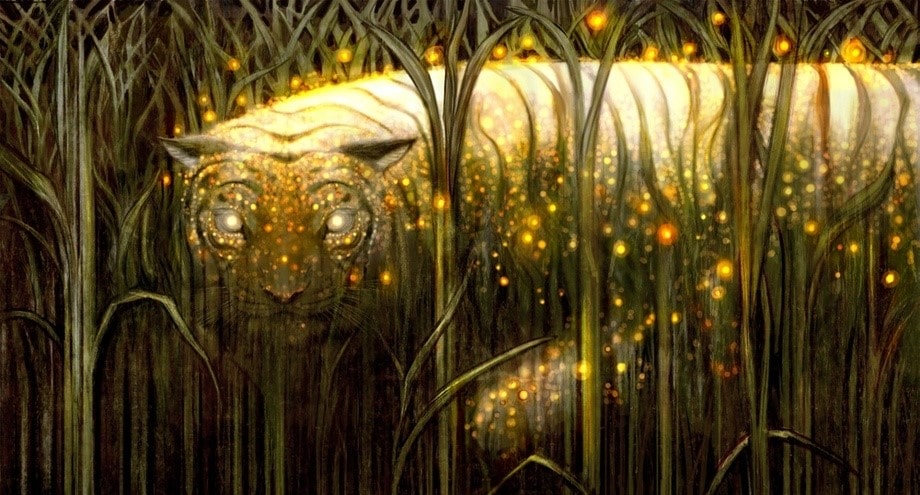 If you’re one of the MTG players asking yourself this question, chances are you’ve been playing the game for some time now. Playmats are an MTG accessory that players use to play their cards on. This ensures that the cards don’t get damaged or sticky from whatever surface is on the table. It can also help organize your play zone so that all players understand more what’s going on. Playmats typically are very inexpensive, but there’s always an exception.

As a disclaimer, except for the 10th slot, all of the prices listed in this article are what these playmats have actually sold for. There are examples of extremely rare unaltered playmats that eclipse some of our options, but it isn’t easy to find a successful sale of those.

This was a complex topic to research, so chances are there will be expensive playmats that we missed. Altered or artist-signed playmats will not count here, but artist playmats can, as long as they’re not altered or signed (with one exception). Without further ado, let’s get into the top 10 MTG most expensive playmats!

Available in two different variations, these playmats were given away as promotional material to streamers to create hype for the release of Commander Legends: Battle for Baldur’s Gate. These playmats are extremely limited in quantity and have extensive design detail. The catch with these playmats is that none have been sold yet, so we cannot find a price point for them. As a result, we believe that they would be much higher on this list if they were to be sold. Pictured above is the more common Boo playmat given to streamers.

Johannes Voss is a veteran MTG artist that has been creating artwork since Scars of Mirrodin. Being one of many artists with a Kickstarter campaign selling limited edition playmats, these sell for a pretty penny. While lower in value than everything else on this list, older playmats can sell for $150-300 USD.

Seb Mckinnon is a Canadian MTG artist known for creating works of art that evoke a sort of fantasy mysticism. He’s a fan-favorite among the community and is the creator of many of my favorite MTG artworks. Unfortunately, Seb ran into a complicated social standing after supporting an event run by white supremacists. He has repetitively stated that he doesn’t support this hate and was instead supporting the overall movement that the presentation was a part of. If Wizards of the Coast stops offering commissions to Seb, his playmats may go way up in price.

Seb Mckinnon, alongside being an artist, is also a filmmaker. He has created a series of limited-edition playmat Kickstarters to fund his series. The playmats from these campaigns all sell for various amounts, and some artist signatures affect price tags. That being said, it’s not uncommon for older Seb Mckinnon playmats to sell for $4-500 without an artist’s signature, but most in this price range are signed. Some playmats above this section on the list can’t surpass the high end of the value seen here. If we included each of Seb Mckinnon’s more valuable playmats, however, they would dominate everything except for the first few slots. We have listed it here because of the wide range of available prices.

If you want a copy of this playmat, you can probably find it. While rare overall, it’s not uncommon to see a few of these in stock at various stores. This military-style playmat generally sells for somewhere between $350-400 USD.

Only 1600 of these were made for the 25th anniversary of MTG. Most were sold at high-profile tournaments, but ChannelFireball also received a considerable installment. A common complaint with these playmats is their low quality. The foiling is apparently poor. These playmats have been rapidly increasing in price over the last four years. Starting from being worth about $50, they are now going for $450 unaltered. Altered versions of these playmats are going for much more than their unaltered variants ($1000 and up).

This is another set of rare playmats awarded in the early 2000s to players who top 8’d several tournaments referred to as State Championships. The more expensive side of these playmats are all entirely made of cloth. Depending on which exact playmat you’re looking at, they can sell for between $500-$1000 USD. The older the playmat, the more it’s worth. The example shown above is the 2005 State Championship Top 8 Telling Time playmat.

As you may have noticed, there are two rather expensive MTG 25th Anniversary playmats. This is, by far, the rarer of the two, as they were only offered to the research and design team at Wizards of the Coast. Most offerings for this playmat are not signed and go for about $1000 USD.

As you will see, all of the most expensive playmats in MTG history have some connection with Khalsa Games. These are a series of handwoven, hand-drawn playmats released at the early stages of Khalsa Games’ legacy. Unlike most playmats, SpellGround playmats are meant for two people. These playmats have a significant history in the game, used by various early MTG artists. These generally sell for anywhere between $800-$2000 USD.

Sold on June 8 of this year, this playmat was given out at the Toronto, Canada 2001 MTG Championships. Like all of the more expensive playmats on this list, these were created by Khalsa Games. Since it’s a SpellGround playmat, these are generally made of much more expensive materials than the common rubber-base playmats we use nowadays. This sold for about $3200 USD.

The image above is the 1998 MTG World Championship SpellGround playmat. This was sold on June 2nd for an asking price of $10,000 USD. That being said, a ‘best offer’ was accepted for the piece, so it likely sold for less than its asking price. Regardless, the SpellGround MTG World Championship playmat series is, by far, the most expensive out there.

This went up for auction about five years back. While I’m not sure what it sold for, it is worth at least twice the amount of another Spellground Khalsa Brain playmat considering its history. Being attached to a table may qualify as an altered playmat. That being said, since this hasn’t been signed in any way, shape, or form, we’re considering it as a corner case. The story behind this one is way too good.

For reference, this was the actual wooden folding table and attached playmat used by artist Japji Khalsa that he would bring around to LGS’s long ago to ensure he had a place to play. We know that it sold for at least $2000 five years ago and likely sold for more. Its value now would far eclipse that.

The Wacky World of Expensive Playmats

Many other examples of expensive exclusive MTG playmats aren’t covered on this list. The World Championship 2021 playmat, for instance, is retailing for extremely high prices. The issue is that these are so rare that it’s difficult to find examples of them selling successfully. This list is compiled of known prices (or stated unknown otherwise) for which these playmats have sold. Generally, exclusive tournament playmats are the ones that will make up for expensive playmats that aren’t on this list, so if you can find a good deal on those, take it!