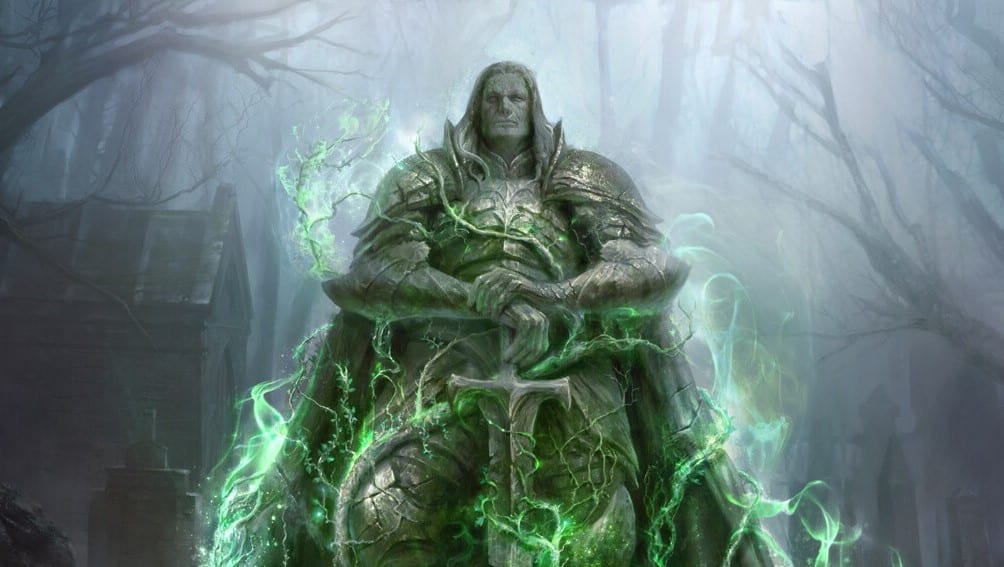 These Insane Budget Commander Cards are All Under $2!?

With many coming to the end of their Christmas breaks, MTG players may be looking to play a few more games of Commander before they head back to work or start studying for the new semester. Since this is the end of a long vacation, some MTG players may want to make their final EDH games memorable. What better way than to buy some new cards? While we probably all have some extra money from Christmas festivities, we want to make that money go as far as possible. For the sake of your wallet, we picked out some cool budget Commander cards worth less than a few bucks! Note that obvious staples like Sol Ring, Arcane Signet, and Commander Sphere will not be included. This also includes obvious Ramp Commander staples like Cultivate, Rampant Growth, and Kodama’s Reach.

Admittedly, the tweet above appearing in my timeline is what inspired the whole list in the first place. Vengeful Pharaoh is a card that I did not know about before this tweet, and it looks like precisely the type of Commander card I want to be playing at my tables. Not only is Vengeful Pharaoh a recurring threat, but it threatens to kill any incoming creatures. Because players know about the consequences, Vengeful Pharaoh may be even stronger in Commander than we think. Each player wants a different one to take the bullet so they can deal some damage, which may stall the entire table. As pointed out in the Tweet referenced, Vengeful Pharaoh becomes incredibly powerful with a discard effect.

The sweetest thing about Vengeful Pharaoh, however, is that you can have this powerful effect for just over a dollar! The card has been slowly rising in price over time, but you can still find copies of Vengeful Pharaoh going for between $1.10 and $1.90 non-foil, depending on the condition.

This seemingly redundant Uncommon enchantment from M20 has become a fan favorite in our household budget decks. Moldervine Reclamation has seen some Commander set reprintings, meaning that the card isn’t as much of a diamond in the rough as Vengeful Pharaoh. Either way, if your deck cares about creating a lot of creatures, Moldervine Reclamation can help ensure that your game plan won’t end after the first board wipe.

While five mana may be a bit expensive, Moldervine Reclamation’s powerful ability of drawing you cards and gaining you life is accessible for the low price of 50 cents. Chances are, if you really want to save, you may be able to find it for even cheaper!

If you’ve faced a prison-based Enchantress deck on MTGO or MTG Arena, chances are you’ve cursed a few times after this card resolved. Many MTG players know just how powerful Sterling Grove is, but many may not know how cheap this card currently is. Sterling Grove saw a recent reprinting in Modern Horizons Two that more than satiated the demand behind the card. As a result, Sterling Grove is now dirt cheap.

Enchantress players are rightfully obsessed with this card. Not only does Sterling Grove offer your more valuable enchantments protection, but the card can also turn into an enchantment tutor for cheap. Considering you only need two mana to cast this card and an extra colorless mana to use its ability, Sterling Grove is incredibly powerful in the right deck, especially for how much it costs.

While the Modern Horizons Two version of the card has spiked to $3 in the past year, you can currently find the card for less than a dollar! That said, you will generally find Sterling Grove for around a dollar.

Wear // Tear probably sees more Modern play than it does Commander play, but the card is popular enough that it’s an available option in the format. Wear // Tear destroys an enchantment and an artifact for just three mana! This powerful two-for-one ability needs both red and white mana in your Commander’s identity to work. Still, the card is available for only a dollar on the secondary market. Just note that, because the card is currently seeing an uptick in Modern play, Wear // Tear may spike in the coming months.

If you’re willing to pay a little extra, Loran of the Third Path is an incredible alternative that offers even more for three mana than Wear // Tear does. While also destroying an artifact and an enchantment, Loran offers a small body that can be flickered for additional value. Finally, Loran can draw the entire table a card, giving it an extra layer of protection from greedy players hoping to profit off its ability. The card also stops most combos involving the Commander menace Thassa’s Oracle. Loran of the Third Path goes for between $4 and $6, depending on how good of a price you find, but the card is more than worth the price. This card is currently on an uptick, and, while it’s not a very steep one, I would not be surprised if Loran ends up being a $10 card.

Sometimes budget brings apparent drawbacks. That couldn’t be more true with Diabolic Tutor. This costs an extra 1B more than the infamous Demonic Tutor for the exact same effect. Much like the recent discussion regarding Drannith Magistrate, tutors are cards so powerful that many MTG players accuse them of ruining the tradition or identity of the format. Commander is a singleton format, but tutors essentially allow you to run an extra copy of any card in your deck. Four extra mana for this ability is definitely worth it.

If you’re willing to pay around $40 minimum for Demonic Tutor, it is the better alternative for this effect. That said, if you’re not looking to break the bank, you can find Diabolic Tutor for less than a dollar.

Mana Geyser always brings hilarious moments at our table when one player starts suspiciously asking others to tap lands for no apparent reason. While you need a realistic outlet for all the mana if you choose to play this card, Mana Geyser can create a disgusting amount of mana in a game of Commander. In 1V1, this isn’t really anything to write home about since you only have one opponent. Against three opponents, however, Mana Geyser can quickly produce twice as much mana as you paid to cast it.

This recently got reprinted in the new Commander Night board-game-esque product, which drove the price of Mana Geyser down to about 85 cents. This may recover past the $2 mark given some time, so consider picking it up soon if it’s a budget card you’re interested in.

If you have a lot of graveyard synergy or don’t care about it at all, Pioneer’s signature Delve advantage spells can be a fantastic choice for your Commander decks! Ideally, it would be best if you only spent two to three mana at most for these cards to make them worthwhile. Treasure Cruise is more valuable for decks that don’t need specific cards to function properly, while Dig Through Time is a tad bit more expensive and offers less card advantage but provides a ton of card selection, making sure the cards that you do find with it have a strong impact on the board state.

Both cards are currently going for under a dollar, and even though they are incredible in the Pioneer format, they are banned in most other places and have multiple reprints. As a result, these cards aren’t likely to see a spike any time soon.

Read More: MTG’s Most Infamous Card Sells for $7600! What Does it Mean?

This may be too obvious for the purposes of this list, so treat this more as a reminder. Mana rocks are incredibly powerful in a format that typically goes for a long time. Signets and Talismans are very cheap ways to keep up with some ramp options that could have hefty price tags attached. Not only will these mana rocks help fix your mana, but they also optimize your curve for future turns! Because these cards are commonly reprinted in Commander product, they tend to sport prices under $2. Do note that, however, some Talisman cards do not have a lot of reprints and can go for as much as $4 in non-foil versions as a result.