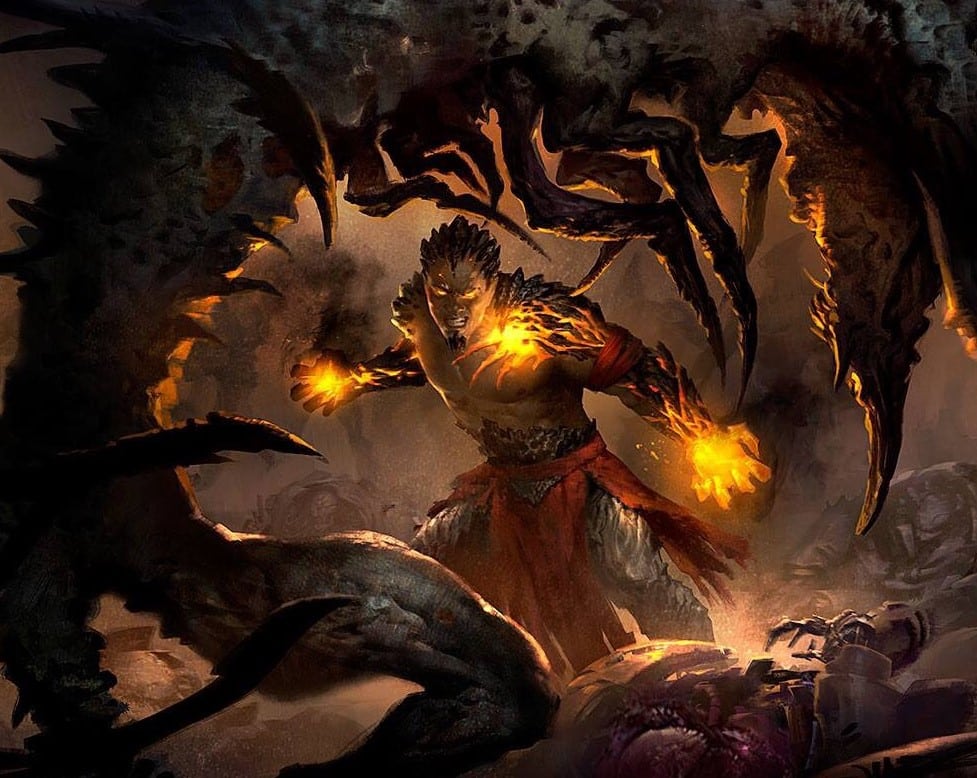 These are the Best MTG Phyrexia: All Will Be One Leaks Right Now!

The MTG community is becoming chaotic as an absurd amount of Phyrexia: All Will Be One cards are being leaked across the internet. It looks like these cards are being found in early openings of Dominaria Remastered boxes since the early access events for that set are going live this weekend. None of these have been 100% confirmed, so there may be some fakes among them. That said, some very interesting cards have been revealed over the past 24 hours, so much so that it would be pretty challenging to go over all of them in one article. Here, we will discuss some of the most interesting Phyrexia: All Will Be One leaks that are supposedly in the main set. If you want to know more about how these cards were leaked, we wrote about it here.

Remember that even though these cards could be fake, we will discuss them, assuming they are not past this point. Also, these are not official spoilers, so consider this to be your spoiler warning if you want to wait.

Of all the spoilers so far, this one is getting the most chatter amongst the MTG community. As a diehard combo fan myself, my eyes lit up when I saw the text on this card. Interestingly, because of its aggressive mana value, Venerated Rotpriest could also be a part of an aggressive deck that uses a lot of buff spells.

The hype over the Rotpriest is as such: target it, or any other creature you control, with ten spells to kill your opponent. It doesn’t matter who targets it, which makes removing creatures you control that much more devastating. Early hits with the Rotpriest also count towards this win condition since the card has Toxic One. This could mark the return of Goldspan Dragon-style targeting strategies, but it will likely be a lot less powerful since no extra mana is generated. Whether it’s used as an aggressive one-drop or a crazy combo piece, I love everything that this card is trying to do.

It looks like The Wanderer is one of the ten Planeswalker cards in Phyrexia: All Will Be One who has dodged Compleation! This card looks like a monster in Standard. The static ability on this card is rather interesting. It allows the owner to take slower plays with the card without the fear of a faster deck running it down.

The Eternal Wanderer has three amazing abilities otherwise, likely making the card quite playable. You can play her in a synergistic deck by taking advantage of her flicker +1 ability. Alternatively, this can also be used to remove blockers for her Samurai tokens with Double Strike to attack with. Honestly, however, her -4 ability being an immediately accessible board wipe takes the cake here. This ensures that The Eternal Wanderer is both a threat and a way to recover lost tempo. This card is definitely strong enough to see play in the current Standard format. That said, this next spoiler may speed up the format a whole bunch.

Among the leaks revealed on this Reddit thread was Blackcleave Cliffs and Copperline Gorge. These suggest that the whole cycle of allied Fast Lands will be returning with Phyrexia: All Will Be One. Multicolor aggressive decks have not had a lot of options in Standard, and the return of these lands should make running dual-color aggro a lot more reasonable.

While these are a massive deal for Standard, they may be even better for Pioneer. We already have the enemy Fast Lands in that format, and they see play everywhere. We’ve also seen what the inclusion of new fast mana has done in the format, as the introduction of Karplusan Forest made Gruul Vehicles a much more realistic check to the dominant Rakdos Midrange strategy. Either way, these are likely to be the most impactful cards spoiled in this massive leak, even if they are just reprints.

This card is… bizarre, but it has a lot of potential. Kethek is incredibly neat as a Commander, as it can fuel creature combo decks and use effects like Act of Treason and turn them into creatures. While it could see some play in Standard, and potentially some fringe play in Pioneer, this will probably do the most in Commander. Ironically, the nonlegendary clause on this card may make Kethek better, as it can tutor specific creatures out of your deck while leaving deckbuilding space to build other things into it.

While this may not be powerful enough for a format as fast as Modern, Zenith Chronicler could do a lot of work in Standard and Pioneer. This two-mana aggressive creature presents an ability that punishes both sides from casting multicolor spells. These card’s viability will likely depend on the metagames surrounding them as a result. That said, Zenith Chronicler can also function as a curve filler for decks that don’t have a promising two-drop. I could easily see monocolored decks picking this up in Commander.

Vandalblast is already an all-star in the Commander format. While this is not as good as that mana-value-wise, being able to cast the card for its bonus when X=5 or more could make it absolutely devastating. This can essentially destroy most of, if not all, of the threatening artifacts on the board and create token copies of them (with Haste) that die at the end step. This is too mana inefficient to see play in constructed, maybe outside of sacrifice mirrors in Alchemy. Still, the card looks fantastic for a Commander table playing with preconstructed level decks.

Another card for combo aficionados, Mindsplace Apparatus may be too tempo-negative for constructed play. This card will likely be a remove-on-sight threat in Commander, however. Any deck aiming to Storm off would love a card like this one. It’s unfortunate that the effect is on such a high mana-value artifact that doesn’t do much else. On the bright side, the effect scales, making it incredibly powerful in long-game formats like Commander. Notably, this and Mirrex were spoiled in another Reddit thread.

Read More: Amazon Leaks Reveal Phyrexia: All Will Be One Preconstructed Commanders!

This may be among the first Sphere land that MTG has ever seen. Interestingly, Mirrex taps for mana of any color the turn it enters play, giving players an interesting untap land for aggressive decks. This also produces tokens in the late game with Toxic that can’t block, which can help to close out a game for aggressive decks. The Sphere land type will be relevant, as other spoilers suggest this land type will matter in the upcoming set.

Some players may begin to read this card and get nightmarish flashbacks to the interaction between Karn, the Great Creator and Mycosynth lattice. Well, Encroaching Mycosynth does function like Lattice did, but it only affects the card’s owner. This means your opponent will not be playing Karn and shutting down all your cards the turn after.

I’m not sure if this has a place in constructed, but it sure does in Commander. The recent Urza’s Iron Alliance deck would love a card like this. Since Urza, Chief Artificer creates his signature Construct tokens that get bigger for the number of artifacts you control, Encroaching Mycosynth can make them absolutely gigantic.

Skrelv’s Hive is reminiscent of Bitterblossom, an MTG card with a substantial competitive history. It’s difficult to know how good this card will be since the Phyrexian Mites the card creates cannot block. Therefore, the deck that uses this card has to be pretty aggressive.

That said, this card does synergize very well with some other aggressive white cards that are currently Standard legal. Adeline, Respendant Cathar can scale massively with a token generator like this, and Wedding Announcement is already a Standard homestay that synergizes with Skrelv’s Hive very well. One of the new preconstructed Commanders for Phyrexia: All Will be One is also a slam-dunk with this card.

While I do not expect this card to be very good, there is a chance it could do some insane things with Unearth and a fringe jank strategy already viable in Standard. This is the kind of thing I want to make work as a sort of engine, even though I’m pretty sure it will do anything but work. Suppose there is a deck that, for whatever reason, wants to target something with abilities repetitively or wants to drain its life total (Death’s Shadow, maybe?). In that case, this could be a surprisingly powerful card.

Read More: MTG Players Keep Trying To Remove a Color From The Game