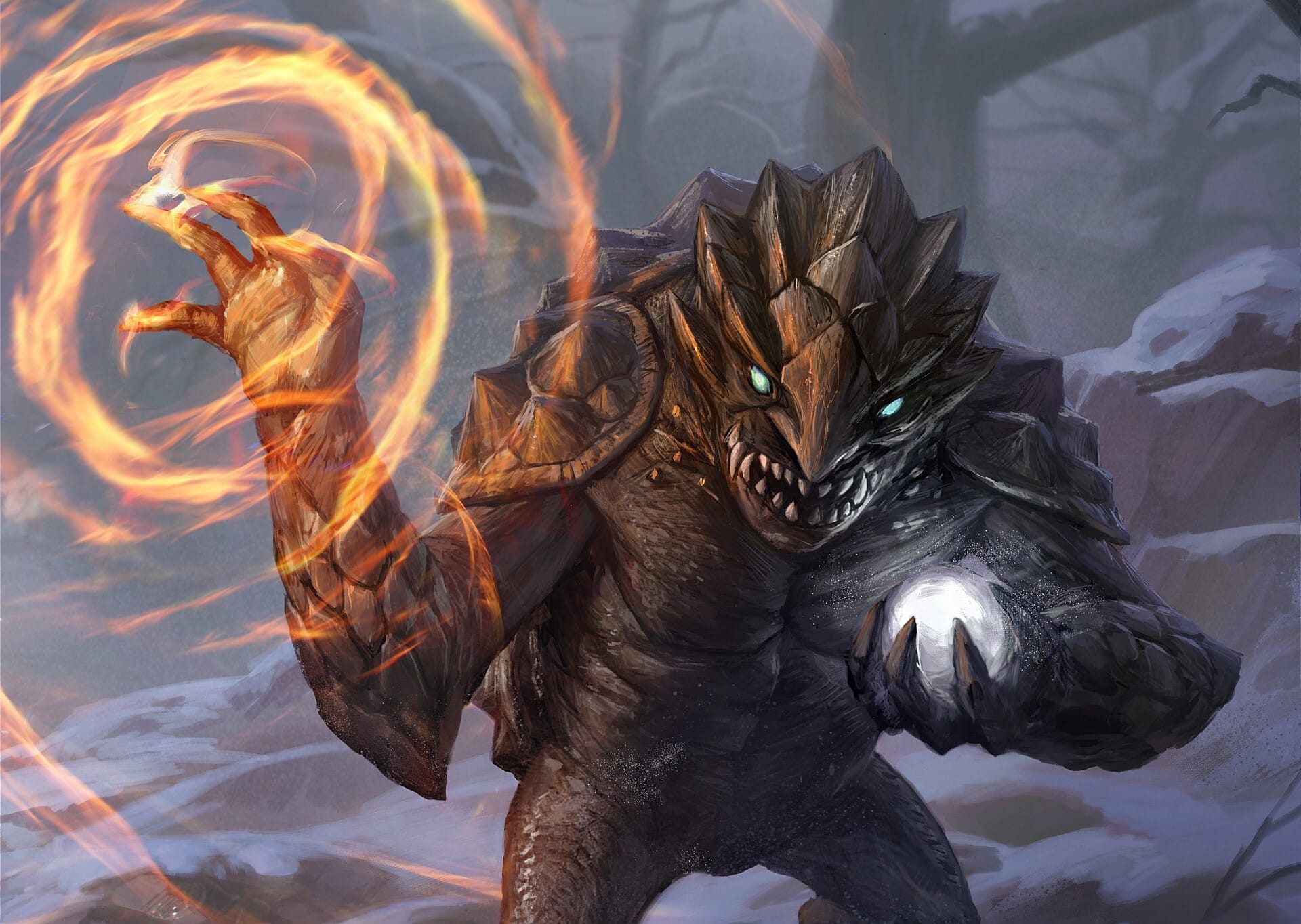 We’re at an exciting time in MTG history! Covid is hopefully on its way out permanently, which has opened up paper play to Pro Tour hopefuls again. This weekend marks the beginning of Regional Championship season, and while it’s exciting to hear everyone’s success stories, there is a glaring issue with MTG’s newest competitive system. The good news is that it’s straightforward to fix. It’s more of a question of whether Wizards of the Coast will fix it or if it’s this way on purpose.

Not all Opportunities are Equal

Ignoring the unfortunate spelling here, Mono-Red expert Sandydog hits the nail on its head. Unfortunately, there is a vast discrepancy in how difficult it is for players to get a Regional Qualification depending on whether they play paper or not. Some players can lock in a qualification after playing a 32-person tournament at their Local Game Store and winning it. Compare this to an MTGO Regional Championship Super Qualifier with 500 players (which is very close to the actual number of participants for the Super Qualifiers this past weekend). You need to play ten(ish) rounds just to get to the top eight, and even then, only four players get the qualification.

It gets even worse for MTGO qualifiers. During the writing of this article, a 481-player Streets of New Capenna Sealed Regional Qualifier was underway. Only the top two players in this tournament will get a Regional Championship Qualification. First place does qualify for an additional digital event, but the issue isn’t the exclusive events; it’s the discrepancy between difficulties for one to get a Regional Qualification.

How to Fix it?

Unfortunately, no matter how much effort is put into stabilizing the difficulty across different Regional Qualifiers, some qualifiers will be easier than others. If one lives in a stacked competitive area, you will have a more challenging time qualifying than someone at an LGS in the middle of nowhere. However, the individual who lives in the competitive area will likely have multiple opportunities to qualify. In contrast, the individual who lives within driving distance of one LGS will only have that chance. Otherwise, they could compete online, which is much more difficult.

In terms of trying to flatten the variance in difficulty across platforms, WOTC should introduce a system that offers a consistent number of Regional Qualifications equal to how big the tournament is. There’s so much variation between qualification numbers by state or country that the discrepancy becomes unnecessarily large.

Take, for example, the Canadian Regional I plan to travel to this weekend. I plan on playing a Pioneer Qualifier during their main event that offers 4-8 invites to Canada’s version of the Regional Championship. Suppose the qualifier gets 32 or fewer people, then the top four get a qualification. If there’s more, the top eight get a qualification. Even in a world where the Pioneer Qualifier is as large as an MTGO Super Qualifier, there are still twice as many Regional Championship invites being offered to paper players. It’s not suitable for a 32-player event to grant four invites when a 481-person event that is happening during the writing of this article is only offering two. This difference is too vast and can be easily mitigated with some intervention.

During the introduction for Regional Qualifiers from Wizards of the Coast, they stated that they want it more accessible to qualify for higher levels of play than before. While that seems like the case for paper players, it’s anything but easy for digital. Going by this wish, it makes sense for online qualifiers to grant more opportunities than for paper events to give less. Having the qualifications be based on attendance will fix the opposite from happening if MTGO participant numbers go down for whatever reason.

How to Prove Attendance for In-Person Events?

This is where the MTG Companion App comes into play. We know that the Companion App is far from perfect for anyone who has been frequenting competitive events. There have been instances of it crashing mid-major and halting the progression of the whole tournament. That being said, the Companion App is a tool that can be used to confirm the number of registrants and assign Regional Invites accordingly.

It is easy to cheat this system. Since the MTG Companion App treats someone as participating if they get the corresponding code for the event, it’s easy for store owners to reach out virtually and ask anyone to input the code onto the app. Since anyone can download it, a dedicated store known for sketchy circumstances could fudge this to award invites to more people than they’re supposed to (in exchange for a fee). Fortunately, there’s a fix for this too.

MTGMelee has been acting as a registration service for large Paper majors. A lot of the RCQs in the US are using this system for registration. Since Melee can set up a fee to enter, this ensures that if an LGS adds fake occupants, they would at least have to pay upfront. This should be enough to discourage negligence. MTGMelee also has a lot of history hosting competitive MTG events, including premier Set Championship brackets. This should make it easy to communicate with Wizards of the Coast regarding the appropriate amount of Regional Invites to grant.

MTG Arena is a Competitive Wasteland

The most significant problem of all is the absolute lack of competitive support for MTG Arena. While it still has its monthly qualifiers that qualify for exclusive events, these are the most difficult qualifiers of all. They are so tricky that it’s not uncommon for players to face each other multiple times on day two due to a lack of participants that made it that far. It’s also not impossible for players not to find any opponents because they are the last one in the queue. This has been unheard of so far for competitive tournaments but can happen rarely.

Outside of this once-a-month qualifier, MTG Arena has no support for competitive play. The old competitive system of having one-shot qualifiers for the Pro Tour wasn’t healthy, but there should, at worst, be more options for Arena players who want to play competitively. Even more constant Arena Open-like events could help support Arena’s thinning competitive atmosphere.

Is this Push to Paper Intended?

With Wizards of the Coast putting their all into the relaunching of competitive paper play, a big question is whether this gap in difficulty is on purpose. If it is, Wizards is prioritizing players that live in busy locations or have the means to travel. Players who only have the means to play online are left without meaningful competitive events to play. This could lead to the decline of digital MTG as a whole. Ironically, some of the community would be happy to see this. As someone who relies on digital play to gather information about a format, it would make practicing for events much more difficult. If you want to push paper play heavily, there are better ways to do it.

MTG is a popular card game partly because its variance rate is lower than other competitors. Card games with randomized elements, like Hearthstone, will always stand to have more variance than MTG. This makes for a game where decisions can be (but are not always) more skill-intensive in MTG than in its competitors. Considering that quality is a significant boon for the game, it’s safe to say that premier play should share the same sentiment. Even when an equal amount of invites are being offered between online and offline platforms, the difference in the number of players vying for those invites is too significant. As it is right now, outside of practice, there is very little reason to play MTGO or MTGA competitively when you can go to in-person events.