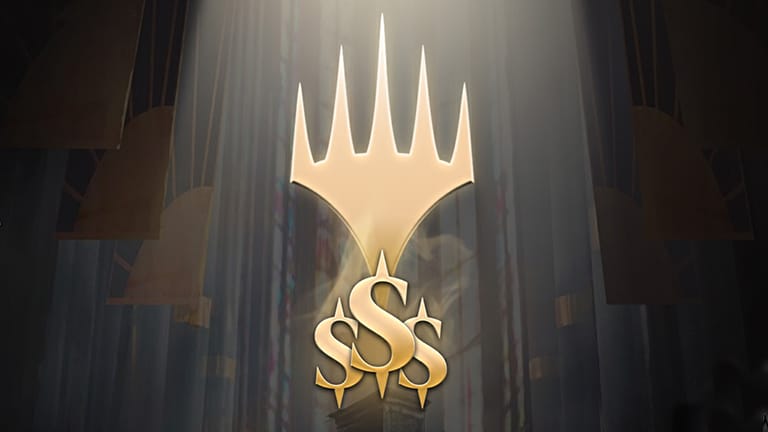 The Best Decks to Play for the MTG Arena Historic Open

Every month or so, Magic: Arena holds their Arena Open tournament, where players can look to win straight cash money. We’ll we’re on the eve of our next Arena Open, and this weekend it’s a Historic event. With the release of Jumpstart: Historic Horizons a few weeks ago, the metagame has shaken up quite a bit. We’ve talked about that metagame, so here’s our picks for the best decks to play for the Arena Open.

The first Best of 1 deck I’d recommend is the Tibalt’s Trickery deck. This deck has picked up in popularity on the ladder of the past week or two, and it’s a very all or nothing deck. It’s a house in the best of 1 ladder, so it should be the most played deck. There’s a few different versions out there that you could find but we’ve provided one example.

The next deck is the Jeskai Creativity Deck. This is, in my opinion, the best deck in the format overall. This deck looks to play control until they can get through a Hard Evidence, and Indomitable Creativity. This will put 2 Serra’s Emissarys into play, naming the 2 most relevant card types in their opponent’s deck, effectively locking their opponent out from winning the game. When this goes off in game 1 of a best 3, it often can lead to an easy game win, so it stands to reason that it could be very good in Best of 1 as well.

For Mono White Humans, we definitely are an aggressive strategy that is hedging on Trickery and Creativity are going to be pretty highly represented. We have some odd inclusions here that let us have a bit more favorable odds against these two decks. Containment Priest is the only “non-counter spell” answer to the Creativity deck. Since the Serra’s Emissaries are not cast, they will be exiled. Taxes effects are really good against the Trickery deck as well. Our various taxing effects cause our opponent’s to go off a lot slower since they need more mana to cast their spells.

For black white humans, we have a lot of the same things as the mono white version, but we have some disruption and removal spells as well. There is a great addition of Collected Company, which can help get our taxes pieces in play.

Jeskai Control is a very close second “best deck” in the format. It has a lot of fantastic tools to deal with nearly every deck. With the addition of Archmage’s Charm, the deck has every tool needed to get Teferi, Hero of Dominaria online, and protect it as it builds to ultimate.

The same as above, this deck is good in both queues.

There’s a few different builds of this deck, but Rakdos Delirium has been a pretty consistent contender throughout the past couple weeks. With the upgrades of Dragon’s Rage Channeler and Unholy Heat, the deck has been given some great tools to get their early game on lock, and push through damage.

For Day 2, it’s only a best of 3 queue, so for this, I’d recommend playing Jeskai Control, or Humans / Taxes. If you’re very well versed in Creativity, then go with that. Otherwise, Jeskai Control will answer the breadth of decks you’ll face, and I think taxes is pretty well positioned against the anticipated popular match ups for the event.

For me this weekend, I’ll be giving a few goes at the Day 1, one with Trickery in Best of 1, and the other I’m thinking about doing Taxes in Best of 3. Hopefully this helped with your decision making, and let us know if you tried any of these decks out in the Open this weekend and how you did!