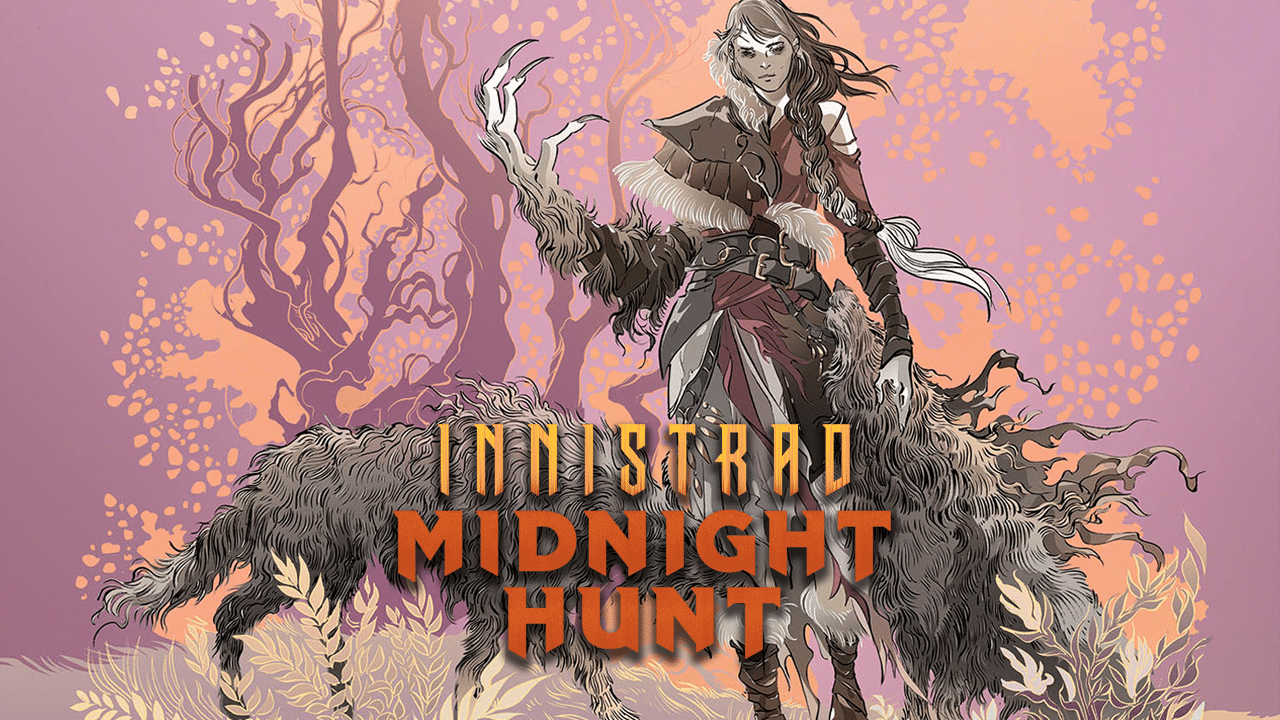 We’re nearing the end of preview season for Innistrad: Midnight Hunt. We’ve seen some incredible cards be printed, and many are very excited for it’s release. It’s coming out on Magic Arena next week on the 16th, so now’s the perfect time to brew up some decks for the new Standard format. Luckily, we do have some baseline decks to work with since we have the Standard 2022 queues and tournaments to look at. Today we’ll give you 3 new brews for decks to try in new Innistrad: Midnight Hunt standard.

Our first deck is Gruul Aggro. We’re leaning a bit into the Werewolf creature type a bit with new cards like Tovolar, Dire Overlord, Arlinn, the Pack’s Hope and Kessig Naturalist. We also get Werewolf Pack Leader and Ranger Class to help our density of werewolves. While that is a focus, we can’t ignore the other incredibly strong cards in the format.

We have the Jaspera Sentinel and Magda, Brazen Outlaw combo to help get a bunch of treasure tokens. We can follow that up with all-stars Esika’s Chariot and Goldspan Dragon. Kazandu Mammoth and Dragon’s Fire round out this list. Aggro is generally a very powerful strategy in the early days of new formats, so this is the deck I’d go to first.

There are some new cards previewed that I think should definitely go in this deck somewhere.

The Green Adversary, Primal Adversary is a really aggressively costed body and has the ability to flood a board out of nowhere in the late game, and it synergizes with the wolf cards nicely as well. This is probably a rival to Kazandu Mammoth, and I’d be happy to make that switch

Next up is Izzet Delver. This deck looks to take advantage of Delver of Secrets in a tempo oriented game plan. There is a new card that was previewed today that isn’t in the list that really ties the deck together.

Fading Hope, while it’s an upgraded [/tooltips]Unsummon[/tooltips] is a dirt cheap spell to remove our opponent’s early game plays, and allows us to scry 1 to set up Delver flipping. This takes up the remaining 3 cards in the deck.

The other creatures in the deck are Poppet Stitcher, which generates us some power on the board to pressure our opponent’s life total, and Goldspan Dragon which is the definitive top end creature card for this deck.

Our remaining cards are cheap spells that involve some amount of removal, card draw, and a small amount of counter magic. Our real goal here is to be able to flip Delver of Secrets easily, and make a bunch of zombies with Poppet Stitcher.

The last deck we have is actually one from Ross Merriam. He played this on VS Live, and I really liked this deck list a lot. I wrote about how the Simic Ramp deck was incredibly strong in the Standard 2022, and with some great additions in Midnight Hunt, the deck gets a lot better. Wrenn and Seven is a great ramp planeswalker, and Augur of Autumn allowing you to power up through playing lands off the top of your deck feels quite strong. You can actually see this deck in action by checking out the most recent VSLive episode

It’s a very exciting time for Standard players. The meta should be nice an healthy with this set’s release. Let us know what decks you’re looking to play when Innistrad: Midnight Hunt releases.