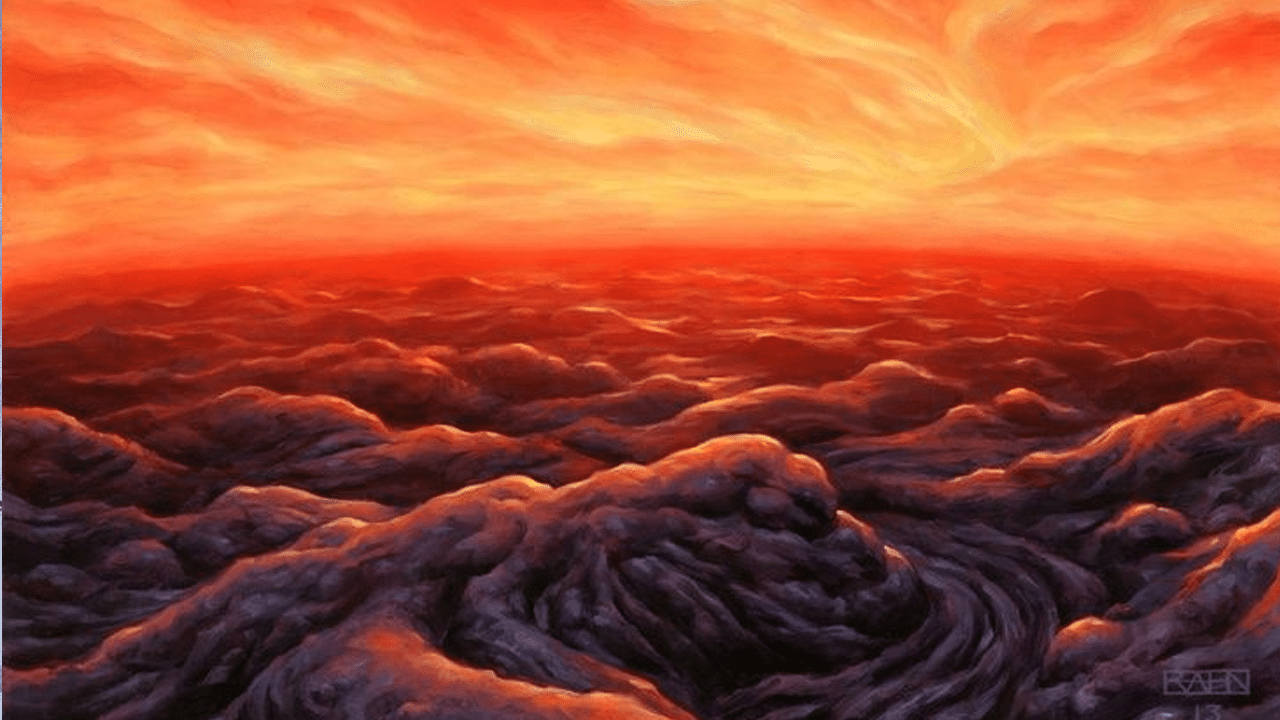 At the time of writing, there’s a few decks that are pushing to the front of the meta. The first is Gruul Werewolves / Gruul Aggro. Next up is Selesnya Ramp / Landfall featuring Wrenn and Seven. Next is Mono Green Aggro, followed by Izzet Dragons and lastly Mono White Aggro / Book of Exalted Deeds combo. In light of these, let’s get into our list.

Cinderclasm is our first card, and this makes the list because it can deal with an entire board. It does need to be kicked to get the most out of it, but this clears some important creatures like Jaspera Sentinel, Prosperous Innkeeper, and Esika’s Chariot and Ranger Class Tokens.

Next up is Tangletrap. This one is a bit more narrow, but this can deal with various flying creatures such as Goldspan Dragon, but can also handily set back The Book of Exalted Deeds.

Fracture comes in next. This inexpensive instant can help to deal with some powerful cards like Wrenn and Seven, Ranger Class, Esika’s Chariot and [tooltip]The Book of Exalted Deeds[/tooltips]. This is requiring you to be at least in Orzhov, which is a lesser played color pair, but this is still very strong

In a similar vein as Fracture, Vanishing Verse is a very useful tool to have in your back pocket. Many of the important permanents that you’ll want to hit in the format are monocolored, so this can easily find a target. Since control isn’t as prevalent right now, this is rarely dead in your hand. Once again, you do have to play Orzhov in some fashion, which isn’t very popular right now.

Doomskar comes in at Number 7. This one is a bit tricky, as this can handily deal with a curved out board, but this doesn’t play into any popular decks at the moment. As we’ve stated, control isn’t very popular right now, and the only deck this really sees play in is the Book of Exalted Deeds deck. If you can find a deck that can play this, it’s great

Number 6 is Portable Hole. This 1 mana removal spell deals with many very important permanents in the game. Werewolf Pack Leader, Prosperous Innkeeper, other Portable Holes, and tokens come to mind for great targets. It’s cheap and a pretty hard card type to deal with right now, so this can slot into many decks.

Infernal Grasp is the best black removal spell out there. It’s unconditional for creatures which is a really big deal. The life loss is a drawback, but at the end of the day, if you aren’t dying to a massive creature, then the trade off is worth it.

Cathartic Pyre comes in next. The flexibility of being a 3 damage burn spell and a rummage spell is very valuable in decks that want it. Often times, this is going to slot into the aggro / midrange decks where card draw isn’t a main focus, so this is a great option to help fuel their hand.

Fateful Absence comes in at number 3 and for good reason. This is the only white instant speed unconditional creature / planeswalker removal. The flexibility to hit planeswalkers is also why this is mentioned this late in the game. The downside of having your opponent Investigate is a pretty small one so this is a great option for decks playing white.

Number 2 and Number 1 on the list are VERY close, nearly tied. Number 2 is Burning Hands. With Green being a very heavily played color in the format, this card is often dealing 6 damage to it’s target. Being able to cleanly deal with various Werewolves, or Wrenn and Seven for only 2 mana is a huge benefit.

READ MORE: Is Lurrus of the Dream-Den Too Good for MTG’s Modern Format?

Dragon’s Fire comes in at our number 1 spot for Standard. The reason that this sits up at number 1 is because it does 3 damage on its face, but if you’re playing a dragon, ie Goldspan Dragon, then this deals 4 damage. Here’s some of the important creatures that you can hit with the 4 damage:

That’s a pretty decent list, and each of these creatures are definitely high value targets to remove from the board.

READ MORE: What is Brawl in Magic: The Gathering?

This list definitely could change, but these definitely are the best and most efficient removal spells in the format right now. You definitely should be playing these in your 75. What are your thoughts on this? Are there any spells that you’d add to this list? Let us know in the comments!