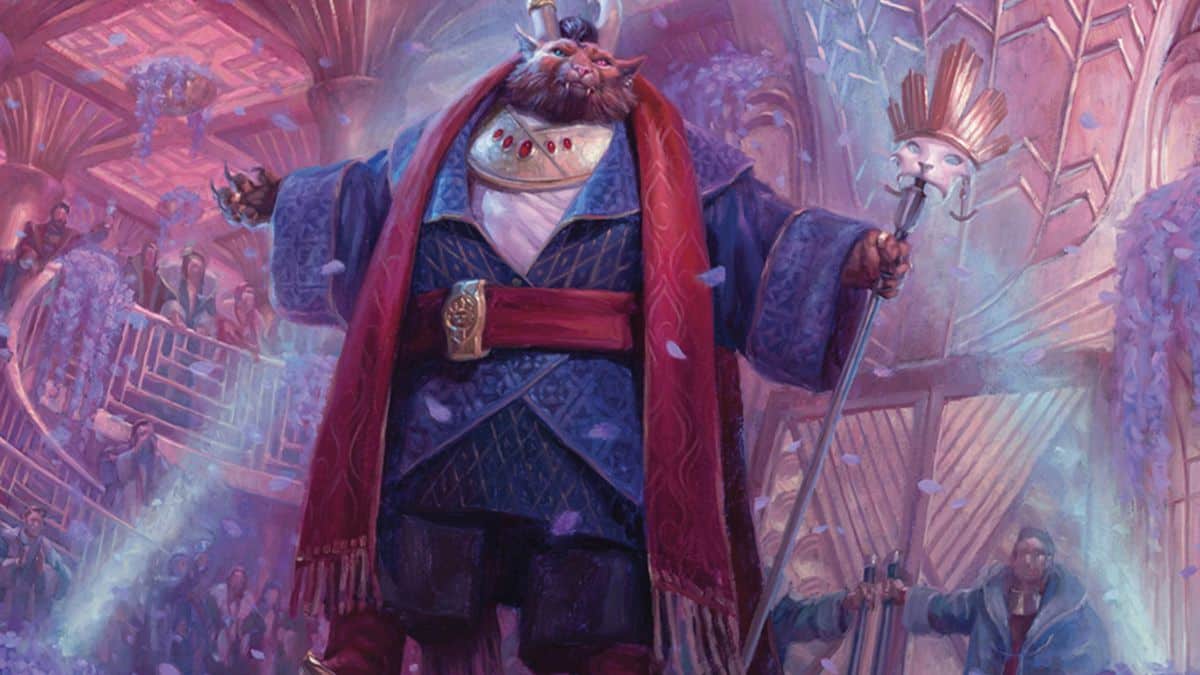 Yesterday, I was given an awesome opportunity to participate in the Early Access Streamer event for Streets of New Capenna on Magic Arena. Wizards of the Coast throws these events to give streamers and their audiences an early look at new sets before they hit Arena. In the event, we played a bunch of Best of 1 Standard, and we’re looking at a deck today that has a LOT of potential, and it’s playing the next Standard Bad Boy!

The deck we’re looking at is Naya Ramp! This deck comes to us from JohnRamosMTG, which is one of my good friends and teammates. We’re going to take a look at the deck and it’s new powerhouse cards coming with Streets of New Capenna. So let’s first look at the overall list.

Fleetfoot Dancer is a simple creature. 4 mana for a 4/4 with Trample, Lifelink and Haste is a great rate. It compares very well to Mantis Rider, which saw play and still sees play today. With our ability to ramp, we can power this out on turn 3, and can start to swing life totals very quickly. This contends with a LOT of the early game creatures in the format and so we put ourselves in a power position to set up our next plays.

While Fleetfoot Dancer is a strong creature, our boss creature is really a Tower of awesome!

Titan of Industry is our boss creature. It’s a massive 7 mana 7/7, with trample and reach. When it enters play we get to choose 2 of it’s powerful abilities. The abilities are incredibly versatile. That being said, one of the abilities are almost a mandatory pick, that being the shield counter. The shield counter really is a major advantage, as it stops so many removal options our opponents can have. Outside of that, any of the other abilities can really help in any situation.

Now how do we get to this place and how quickly can we get there? Let’s look at some of the other major players for the deck.

READ MORE: This New Commander Staple is on the Same Power Level as Smothering Tithe!

We have 3 Streets of New Capenna cards and an old standard staple. Courier’s Briefcase is a new 2 mana treasure that makes a creature for us. It still does the normal treasure thing of making mana, but we can also pay WUBRG and draw 3 cards, which we can actually take advantage of very easily.

Another treasure producer that we have is Black Market Tycoon. While we may take some minor damage over the course of the game, we can play around this a lot of the time to minimize the downsides. We play this on turn 2, and we can play our Fleetfoot Dancer on turn 3. With additional copies or a few turns of taking a little damage, we can scale the ramp capabilities to the moon.

Topiary Stomper is a ramp creature, pulling a basic land out of our deck and putting it right into play. This ups our game and can provide us a decent body. Arguably, this is probably one of the first creatures to get cut / changed on future iterations of the deck, but it’s a nice ramp option.

Lastly, Goldspan Dragon is our probably most important piece of this puzzle. For one, it generates treasures for us, but it makes our treasures generate 2 mana each, which really speeds things along. Let’s look at a typical turn.

This seems like a turn that could be a “pipedream” but it happens pretty often, and there’s a lot of flexibility and play to maneuver this. We’re also leveraging Reflection of Kiki-Jiki to copy some of our top end creatures to help push damage and bury our opponents in advantage.

This deck is a new take on Jetmir, and one that actually is a bit of a different take on the color combos. The video matches of the deck really showcase the strength of the deck. If you have the wild cards or open these cards, definitely give this a try!