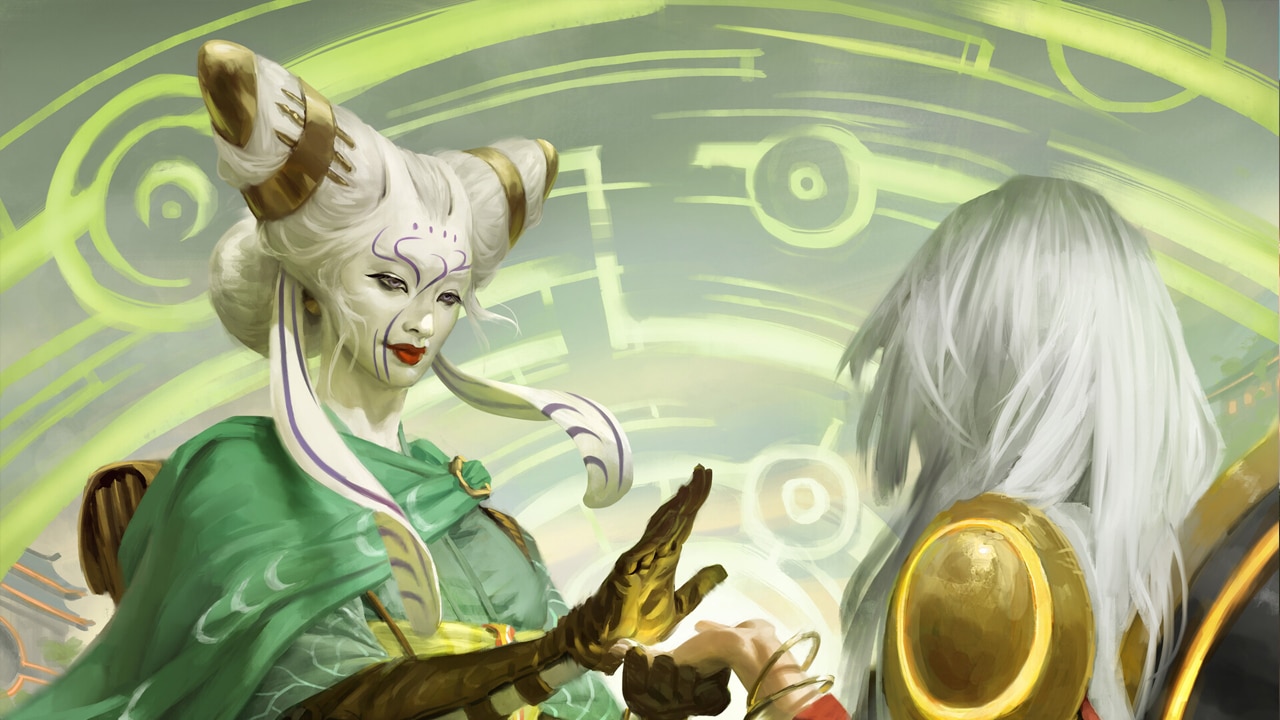 With Dominaria United having just launched officially, much of the second-hand market is in a state of flux right now. As to be expected, the presale prices of Dominaria United cards are tumbling down. However, not everything is getting cheaper. Thanks to the plethora of legendary creatures in Dominaria United, a few niche Commander cards are gaining value. Curiously, however, one of the most significant recent climbers is an in-print MTG common, whose price is up 700%!

Despite the limited appeal of Tamiyo’s Safekeeping outside of Standard and Alchemy, prices have miraculously been slowly climbing. What was once a $0.20 common has risen over the past months to sell for over a dollar a pop. This currently makes it the most expensive common in the MTG set by a considerable margin. While already expensive for an in-print common, Tamiyo’s Safepeeking’s foil variant is currently going insane. Initially retailing for between $1 to $2, Tamiyo’s Safekeeping foils have skyrocketed to $10 a piece! Near Mint copies are selling for as much as $11.30 on TCGplayer now, while Lightly Played copies have a much larger range, generally selling for between $4 and $6.

For a common that is still in print, these prices are utterly absurd. All the more so since the rise in price doesn’t appear to be slowing down. Since Tamiyo’s Safekeeping sees fairly limited play, however, the reasoning for this meteoric climb is somewhat baffling. On the mtgfinance subreddit, many players are putting this ever-increasing price down to Tamiyo’s Safekeeping simply being good. As an alternative choice to Snakeskin Veil and Ranger’s Guile, it’s understandable that players may want this increased protection. While some players like to bling out their decks, Tamiyo’s Safekeeping’s strength alone doesn’t explain its cost.

With the reasoning behind the steady rise in Tamiyo’s Safekeeping’s cost being largely unknown, many players have resorted to conspiracy theories and wild speculation. However, these theories might not be as outlandish as they first appear, as something is clearly afoot. We highly doubt that one foil-hungry collector is after the world’s supply of Tamiyo’s Safekeeping’s, after all. Instead, many players are pointing the finger toward TCGplayer and their website’s features.

While it is not a new problem, the Direct by TCGplayer feature has been prone to exploitation in the past. This feature allows users to quickly and easily buy cards from reputable sellers; however, as the italics imply, those sellers aren’t always so reputable. After gaining a high enough seller rating to earn their spot in the Direct by TCGplayer, some unscrupulous sellers have been reported jacking up their prices. At first glance, this can make the price of a card seem far higher than it ought to be. While scrolling down to listings and recent sales will show the actual price of the card, not every user will remember to do that.

In the case of Tamiyo’s Safekeeping, TCGplayer sales suggest that this card has seen a huge variety of sales in price since the end of July. You could find this card for anywhere between $2 and $10 rather consistently. There is an outlying sale for $20 on the second of August, however. This seems to have a minimal effect on prices immediately following it, but considering the range of prices this card sold for, it is a bit more difficult to track than usual.

Through gaming the Direct by TCGplayer feature, some sellers can manipulate markets and steadily increase the price of cards. While this is something to be aware of, across TCGplayer, it’s not as extensive as the conspiracy theories would have you believe. It’s also something that TCGplayer and eBay are undoubtedly working to fix. With a more sensible theory, mtgfinance user u/fakejakebrowne suggests that this is simply a supply issue. Similarly to what happened with Deadly Dispute, fakejakebrowne blames “connected cards” from Kamigawa: Neon Dynasty. These thematically linked cards take up more slots in Set and Collector Boosters, limiting the supply of other foil cards. This limited supply would ultimately cause the price of desired foils to increase far quicker than expected.

Alongside the curious case of Tamiyo’s Safekeeping, other niche cards have been rising. Inspired by Dominaria United’s plethora of legendary creatures, legendary matters cards are seeing a price increase. Kethis, the Hidden Hand and Yoshimaru, Ever Faithful have both at least doubled in price, for instance. At $3 and $6 a piece, respectively, these cards are both still cheap. However, prices may continue to rise thanks to the Legends’ Legacy Commander deck.