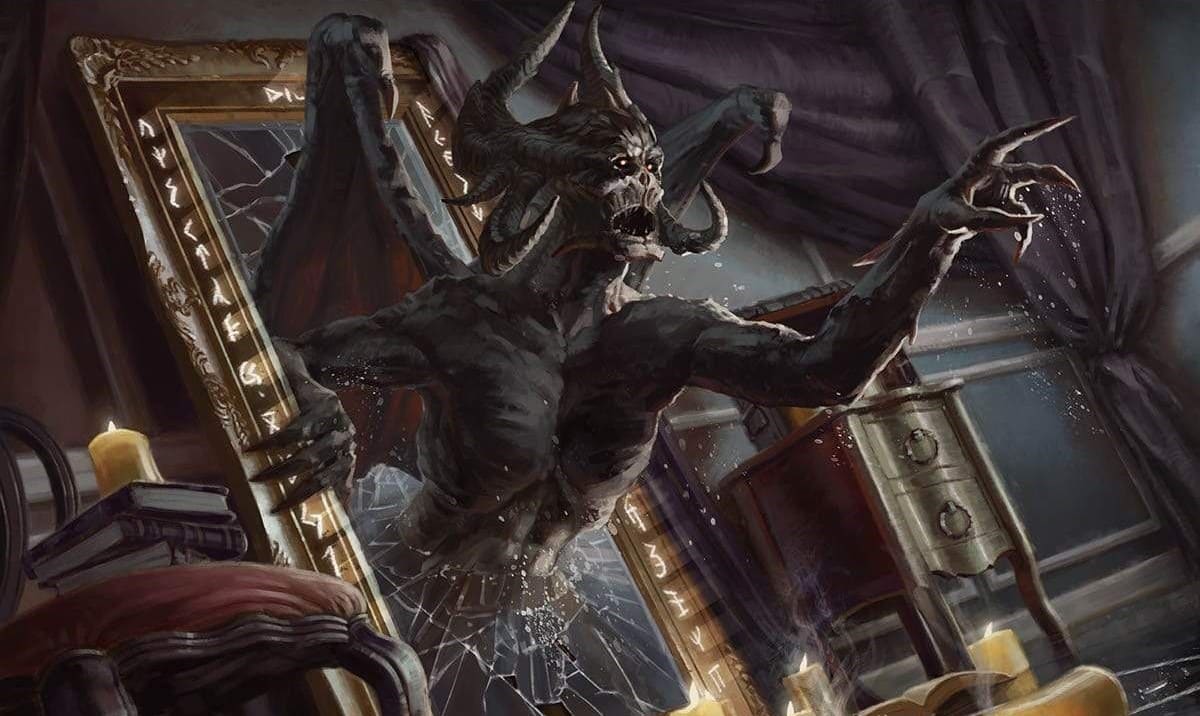 MTG players haven’t tasted competitive paper Magic for a long time. Covid had a significant toll on paper MTG in general and shut down play for months. While missing out on face-to-face interactions is a substantial loss for the social interaction offered by MTG, there are benefits to online play. Notably, online, the opportunities to cheat MTG are pretty minimal. With the online client taking responsibility for slow play, potential angle shooting, shuffling, and making illegal plays, the only room left to cheat is for players to exploit glitches in the client intentionally. With paper play finally returning, however, players have many more opportunities to gain dishonest advantages, and the problem is egregiously bad. This instance is only a highlight of a much bigger issue.

If anything has been made clear with MTG’s long history of competitive play, the judge system is a player’s best defense against the rampant MTG cheat problem. The event that has allowed the spotlight to shine over this issue is solely related to the absence of a judge at a competitive event. While highlighted by this Reddit post, we will paraphrase the case here since it’s pretty lengthy.

Long story short, a known MTG grinder named Carlos “Batutinha” Alexander was playing in a small 18-person Regional Championship Qualifier this past weekend. The winner of this tournament will get an invite to a competitively exclusive tournament occurring later this year. The format is Modern, and he is playing Burn. His first top-eight opponent is on Tron. Once these players lose, they are out of the running for the invite.

We’re in a game three situation, and our Tron player has Tron assembled (a three-land combo made up of Urza’s Mine, Urza’s Tower, and Urza’s Power-Plant) but is at four life. He resolves a Wurmcoil Engine (which has Lifelink, the bane of Burn players) and is known to have an Emrakul, the Promised End coming on his next turn. The Burn player untaps for his turn and attacks with a Goblin Guide. The Tron player declares the Wurmcoil Engine as blocking. Here’s where the problem starts.

“Batutinha” casts the spell Deflecting Palm, stating that it can prevent the damage that Wurmcoil Engine is doing to Goblin Guide and redirect the damage to the Tron player. Deflecting Palm is a well-known card that can flashily end a game out of nowhere for Burn decks. Most players, as a result, know how this card works. Deflecting Palm can only redirect damage done to its caster, not a creature that the caster owns. The spectators all know this, but have not said anything as it could be an infraction of another competitive REL rule relating to outside assistance.

The Tron player rightfully disagrees with Batinuha’s interpretation of Deflecting Palm. It’s important to note that no official judge oversees this event. The Tournament Organizer is called in as a substitute. Unfortunately, the TO ends up temporarily agreeing with Batinuha’s interpretation of Deflecting Palm, and the Tron player starts to pick his cards up, stating, “well, if that is going to be your ruling, then it’s over.” The Burn player immediately starts to scoop his cards up after shaking hands with the Tron player. At this point, the spectators jump in, stopping the players from picking up cards or moving away from the table.

After discussing with the TO regarding the faulty ruling, the Deflecting Palm ruling is reverted to its proper interpretation. At this point, however, Batinuha states that the Tron player has already conceded and that he has already de-sideboarded his deck. This rule stuck (I am personally not sure how correct or incorrect it was), and Batinuha moved on. Fast forward to the end of the tournament, and Batinuha got the invite.

Report MTG Cheat Issues, Even if they Got Away With it During the Event.

After being posted on Reddit, this instance spread quickly and led the offending party to lose their contract with the Esports team they were a part of. Hopefully, this highlights the need for a judge at even slightly competitive events. For LGSs thinking that this is a waste of effort, you may be surprised. As someone with a bunch of LGSs in the area, players tend towards venues with vigilant judge authorities that can stop cheating. Even when you don’t realize it, cheating, even when unintentional, is incredibly rampant.

Take my past weekend, for example. I went to an RCQ about an hour from where I lived. Unfortunately, I took Public Transportation which resulted in a round one loss with terrible breakers (I got to the LGS an hour later than I was supposed to). I swear, an MTG player’s worst opponent is public transportation. You will never win against them, and their breakers are always terrible.

Jokes aside, competitive players will take every opportunity to get a leg up on the competition. An opponent in my first round of actual play received a game loss due to a faulty deck list. (Not sure why I immediately got deck checked, but since my opponent could have been playing with extra cards, I was thankful for it). That being said, our tournament had an extremely vigilant judge who gave constant reminders to players and was able to divide between players intentionally cheating versus newer players making common mistakes, like boxing.

MTG Cheat Offenses are About Intent

There are a lot of instances of players making unintentional mistakes. That said, they can warp a game’s result heavily when they go unchecked. Whether it’s an opponent trying to Channel a Boseiju, Who Endures to destroy their own permanent, or you accidentally using a Fae of Wishes to look for a creature in the sideboard, there are a lot of intentional and unintentional rules infractions being made. This is mainly due to the complexity creep MTG has seen. Players can not only make mistakes by misunderstanding a rule but can also falsify a rule by understanding them completely. The world of cheating in MTG is a wide one. There’s a lot to watch out for, but there are also many things you can pay attention to.

There are even instances of players taking advantage of more honest new players to discern their cards. While this isn’t illegal, it is somewhat dishonest and unsportsmanlike.

Before going out to a competitive event, study what some of the more common MTG cheat habits are. At the absolute least, take the initiative to call a judge when you have even an inkling of doubt. Chances are, if you make it deep into the tournament, you’ll run into somebody with dishonest intentions.